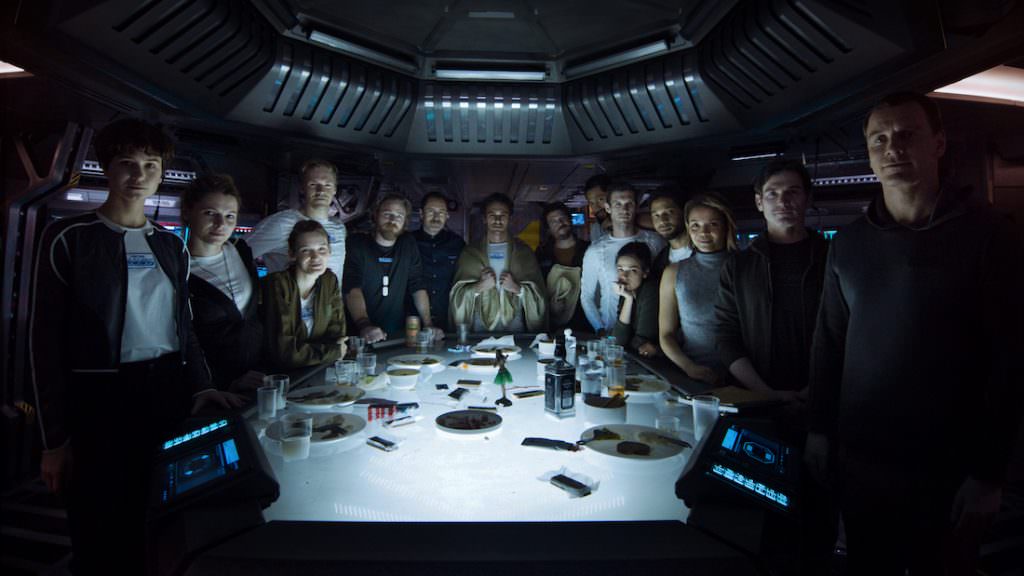 The top Five Things to Know About Alien: Covenant

We’ve already seen recent trailers for the upcoming film Alien: Covenant, and even got a sneak preview of the characters in the short prologue 20th Century Fox recently released. Now, get ready for even more information on the latest addition to the Alien franchise.

Slashfilm.com visited the set last year—here are the top five things they learned:

1) Covenant takes place 10 years after Prometheus. In those 10 years, Daniels (Katherine Waterson: Fantastic Beasts and Where to Find Them, Inherent Vice) has been working on the farming equipment and machinery the crew needs for a successful transition to living on another planet

2) Fans shouldn’t expect Daniels to embody Sigourney Weaver’s Ripley from the original Alien, though Waterson says both characters are alike in their “really good instincts.”

3) Daniels is also dating Captain Jacob, played by James Franco, but his first name, crew ranking and significant other is about the only information the Covenant cast was willing to disclose.

4) All the passengers on the ship are couples, with the idea that they’ll repopulate the new planet they colonize. Covenant also becomes one of the rare thriller/sci-fi flicks—if not the only– to feature a gay couple.

“For me, that’s a beautiful side of the story,” Demian Bichir (The Hateful Eight) says of his character, Sergeant Lope, and his relationship with fellow soldier Hallet (Nathaniel Rosenthal). “When you can have these two almost iconic macho types being together and loving each other and being a part of keeping everyone alive.”

5) It’s not all fun and games on board the Covenant: first mate and chief science officer Christopher Oram (Billy Crudup) doesn’t get along with the rest of the crew.

“They have a rather contentious relationship,” Crudup told SlashFilm, “He’s someone who struggles with his ideas of faith as a man of science and I think that complication alienates him from people.” Pun (probably) not intended?

Alien: Covenant opens in theaters May 19.