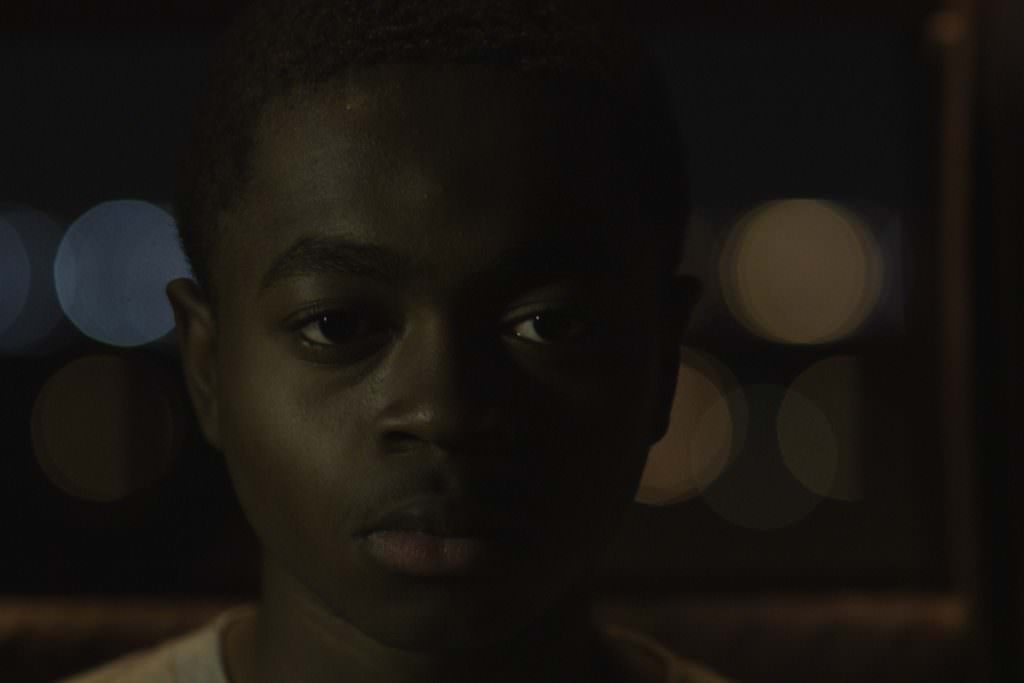 SXSW 2017: Talking with The Transfiguration Filmmakers About the Vampire Thriller

The Transfiguration is a gritty urban vampire story that ditches the typical startling horror vibe of monster movies for the shock of a realistic bloodthirsty killer. Adding to the film’s discomfort is the innocence and confusion of the quiet teenage predator. Raised by his older brother, Milo (Eric Ruffin) is lonely and doesn’t seem to be able to comprehend the consequences of his actions. When fellow angst ridden teen Sophie (Chloe Levine) takes an interest in him, the audience begins hoping she’ll prove to be a good influence rather than fearing for her safety.

We sat down with director Michael O’Shea and cinematographer Sung Rae Cho to unpack the twisted story. We asked them about their new spin on vampires, the movie’s political message, filming in post Hurricane Sandy New York, and more.

The Transfiguration is not your typical Dracula story. Where did idea come from?

O’Shea: I was interested in doing a portrait and I wanted to film it on the streets of New York. I heard about a friend’s kid who was getting made fun of for being interested in vampires and then I started constructing that character. I grew up in Rockaway and the area that I grew up in was the area where I shot. I thought I wanted to focus on kind of this place in Rockaway rather than the gentrified New York City where he would be hunting. I want to show that place versus this place.

Milo doesn’t have the stereotypical vampire traits. What does that say about his character?

O’Shea: There is a small political statement going on in the movie that’s summarized in [Milo’s brother] Louis’ speech at the end. He says people are doing much worse and you realize Louis is a veteran. This notion of America as being a sort of a predatory place and American capitalism creates predatory places and I wanted to make that a theme throughout the film. When I was reading Dracula by Stoker, Renfield creates the animal kingdom in his cell. There is this notion of the vampire being the biggest predator. I started being interested in this notion of a kid who feels on the bottom thinking about being on the top. How in American capitalism we’re encouraged to feel like it’s economically a food chain on each other. That was an interesting metaphor to start playing with.

The suspense of the movie is in trying to predict who Milo will kill. I almost never predicted correctly. How did you make those decisions?

O’Shea: I’m trying to manipulate people with writing. The film is all about that. We give him a lot of opportunities and he makes different choices throughout the film. We hope that they’re not choices that you’re expecting. He screws up with Mike. He shouldn’t have been bringing him in in the first place. It’s almost his most fatal mistake. It gets him involved in a bunch of stuff. The film is a character study. That is the game, when he chooses to and when he chooses not to.

Why do you think Sophie and Milo developed such a strong connection?

O’Shea: Milo has built a very strong castle around himself. Sophie is sort of able to get through it, but it’s a very big castle he’s built mentally to help protect him from the world and some bad things that have happened to him in the past. He’s created this viewpoint of the world and that sort of allows him to be guarded against emotions and feelings and interactions without others damaging him too much. Even if they’re not saying the same thing, what they can relate to is that feeling of isolation and past trauma happening to them like a raw bruise. I think they’ve both dealt with their raw bruises differently. Sophie is showing it on the outside and Milo has completely internalized and built these problematic castles around himself.

Why did you decide to set the film in our real world and not a fantasy?

O’Shea: Cho and I knew we were coming from a perspective of realism. This is a world with our physics and our rules.

Cho: I think the idea was that when we live as New Yorkers you see all these places on the train or on the street and you notice people but you don’t quite know who these people are. Everyone has a story and Milo is definitely one of them. Mike agrees we wanted to feel as if he’s actually a living creature that exists in a city that we live in. The whole time that we were shooting, we just put Eric in the middle of the existing environment and he basically stayed in character and walked around and interacted with these people. I think it’s exciting that there might actually be a Milo in this world.

The movie has a lot of handheld and long shots giving it a very voyeuristic look. How did you decide on that style?

Cho: That’s how we see the environment and people in New York. Far away from across the street and there could be someone like Milo just doing something strange, but we don’t say anything. These things could be happening every day as we speak.

O’Shea: We definitely wanted this idea of sadness and loneliness and him being isolated feeling alone in a city of other people. Which if you’re from New York, we do kind of all feel like that. We all feel lonely in a city filled with people around us. We’re stuck in our own world. No one is going to interact with us. If you’re by yourself in New York City you’ll be surrounded by people all day and not one will communicate with you or look at you in anyway so that came across.

Cho: I immediately connected to the script in part because I could relate to the character myself. Not necessarily always, but we live in the big city with people out and about. Often I find myself inside my bedroom doing stuff by myself. You could go talk to people but it feels safer here. Sometimes it’s scary to be within a sea of people. I think Milo feels that way for himself.

How did you choose the locations where you shot?

Cho: One of the things that drew me to the script was not that many films take place in Rockaway. It’s kind of isolated. It’s past the JFK airport and we don’t really go unless we have a reason to and I never did. I was kind of curious and the place got hit really hard by Sandy. The wreckage of it was part of the story even though it’s very well recovered.

O’Shea: I wrote the story with the hurricane in mind, but it took us two years to get the money. Rockaway had been pretty well built, but you still see some ruins of Sandy that had been left behind. It’s so horrible of me, but we would go by and I would shout, ‘They’re rebuilding!’ Which is good for Rockaway.

Cho: We spent most of our time just walking around and scouting places like Milo did.