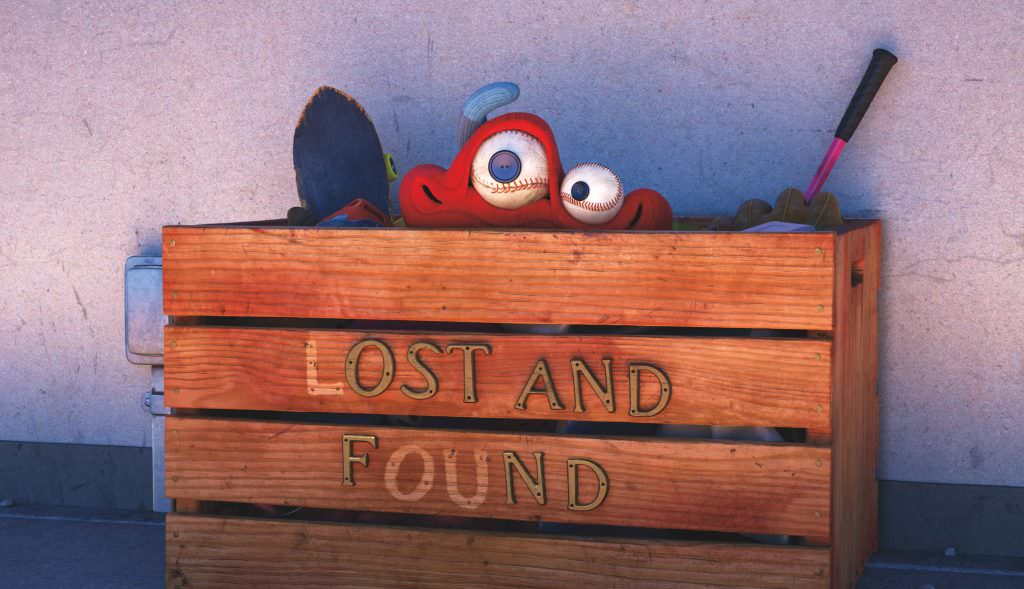 SXSW 2017: Pixar’s LOU Will Bring You to Tears in Six Minutes

Pixar took the adorable upcoming animated short LOU to SXSW. Because it is a Pixar film, it is of course at the forefront of technology and creativity and is unreasonably emotional for a cartoon. The story offers an imaginative solution to the very serious issue of playground bullying and we dare you not to cry by the end of the six minutes. When J.J. begins to steal his classmates’ toys at recess, the lost and found box bands together to come to the rescue.

Inside Out alums Dave Mullins and Dana Murray were first time director and producer, respectively. Mullins joined the company in 2000 and says that he has been pitching stories since 2005. The persistence paid off. “There’s a policy at Pixar where they open the door to say, ‘Anybody that wants to pitch a film today, please come and pitch,’” Mullin explained. “So whenever those doors opened up, I would get in line and pitch my ideas and about 2012 I got an idea that they got really interested in.”

You wouldn’t know it from watching the crisp final product, but Mullins described his first time in the director chair as “terrifying.” He recalled looking to his colleagues for inspiration. “I feel like I’ve got this Moped that I’ve been driving and these Ferraris are flying by me. Those are the directors and I get behind one of those cars and just try to hold on.”

As pioneers of 3D animation, Pixar creators are experimenters by trade. Murray made clear that there’s no substitute for hard work and taking chances. “We had to be willing to constantly blow up the story and try new storylines,” she explained. “We would go one direction and realize that didn’t work, but we always learned something from it.”

“I think that sets Pixar apart for me,” Mullins added. “We continually go back to that process of when the story isn’t good enough, let’s keep at it.” Time and again, that kind of attitude is the reason the stories stick with audiences from Toy Story to Up.

Pixar films have touted not only premier animators, but also renowned composers of the likes of Randy Newman (Toy Story) and Michael Giacchino (Up, Rouge One) The LOU creators enlisted Christophe Beck (Frozen) based on his unique musical approach. “The reason it sounded so interesting is because he had fourteen percussionists in a circle,” Mullins explained. “One note would be played by each percussionist. I think [Beck] called it ‘music in the round.’ He had a conceptual idea that really sold us on him as a composer.”

LOU came from the heart, as all of the best Pixar movies do. It’s a universal story that everyone who has been through grade school can relate to. Mullins moved a lot as a child and remembers the loneliness of a new place. “When you’re the new kid at a school, you want to be invisible. I thought about that experience and I thought, ‘What’s invisible at a school?’ Well, a lost and found object and I thought that would make a really cool character.”

Mullins’ intuition was right. Lou is an enchanting creation composed of lost playground items who is almost surely somewhere on the same family tree as the Pixar lamp. As a formerly absent-minded child, I can certainly relate to the thrill of reuniting with a beloved possession. Murray explained how they brought the character to life. “We wanted to keep the short timeless. We didn’t want iPads and gaming stuff. We both have children and thought about the things they would be devastated if they left on the playground.”

Mullins agreed that high-tech toys weren’t the way to go. “There’s an emotional attachment to things that aren’t electronic. We didn’t want him to be a bunch of game systems clanking around. You could do that and it would be a funny character, but not as a main character.”

Ultimately, LOU is all about the story, and what a story it is. “We landed on the idea that certain things come at a sacrifice,” Mullins said. “There are certain things you do in life and it takes real effort and real struggle. Lou has to give a lot to change this kid and I felt that it was very important that that statement was made.”

In case you need reminding, these are children and lost toys on a playground. But as we’ve seen before, from Pixar movies we often learn the greatest lessons of all.

See LOU for yourself this summer ahead of Cars 3.