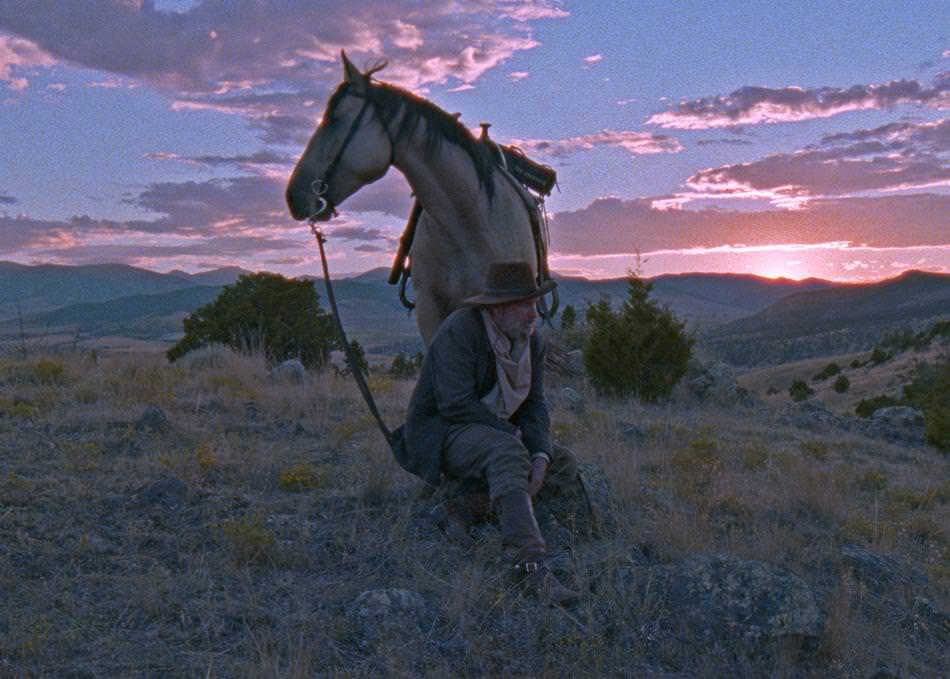 SXSW 2017: Bill Pullman & Director Jared Moshe on the Making of The Ballad of Lefty Brown

The Ballad of Lefty Brown was an audience favorite at SXSW for its classic western style and fresh storytelling. Bill Pullman (Independence Day) played the title role, but it was a character that diverged from the leading man parts that he is famous for. As the sidekick to Senator Johnson (Peter Fonda) in 1889 Montana, Lefty learns a difficult lesson when the brutal west doesn’t always honor honesty and loyalty as he’s come to believe it would.

Director Jared Moshe penned the epic in a follow up to 2012’s Dead Man’s Burden. A fan of western cinema, Moshe offered a romantic as well as a practical theory as to why Americans have long loved the genre. “I think it’s just cinematically great,” Moshe said. “If you were making movies in California when they first started and you wanted to go do something that looked really cool and you couldn’t see another place, you’d go to the desert.”

As for why the stories have endured, Moshe said, “It’s the myth of America. A western is our creation myth of our country. In the UK and Europe they have Knights of King Arthur and Joan of Arc. In Japan they have samurai tales and here we have westerns.”

Pullman traces popularity of the western back to literature. “When ‘The Virginian’ became popular as a book, it exploded this idea of the romantic cowboy and this whole life,” he explained. “It is considered the first popular cultural event. People went to Medicine Bowl, Wyoming to try to go to wherever it was in the story and get off the train as the tenderfoot did. It ignited American consciousness of itself and a different kind of storytelling got born in that period.”

“’The Virginian’ united the country,” Moshe added. “He’s from the south and he’s going west. It’s reinvigorating this country that is still divided after the Civil War. You find the western is what helped bring us together. It gave us an enemy to fight. It gave us a reason to be united again and that southern sort of gallantry that was so important to the South and the lost cause into a form that the northerners could understand.”

Seeing the film with no knowledge of the plot, you would be forgiven for initially mistaking Senator Johnson as the star of the film. Riding a literal high horse alongside his ranch hand, Lefty, the Senator has the persona of a bona fide western hero. In the first act, however, he is shot dead and it is up to Lefty to not only avenge his death, but also clear his own name.

Moshe’s decision to focus on a traditionally supporting character makes for an interesting plot. It’s uncharted territory and a challenge to Pullman who executes it beautifully. “The origin of this character was those John Wayne westerns because he always has a sidekick and it’s Walter Brennan or Andy Devine or whoever,” Moshe explained. “That character is always with John Wayne the entire time. He’s crotchety and kind of played for humor. Then at the same time, he was the person who was always there. John Wayne needed him and trusted him to watch his back. To everyone else, we see a guy who is a joke. For the hero character, it’s like this is ‘my guy’ and I wanted to find out who this person was.”

“In some ways that is our relationship too,” Pullman joked in reference to Moshe. “He in a way is a legendary cowboy and I go and support what he does and all of a sudden I’m in front of the camera and I have to become my own man, you know?”

Lefty is certainly not a President Whitmore character who confidently takes charge in a crisis. In his own way, however, he perseveres and immobilizes others in their darkest moments. Hesitant to step into the spotlight, Lefty is a historian and reluctantly realizes he may be the last hero left.

“Sometimes the sidekick was the glorifier,” Pullman said. “He became the storyteller. And I think for Lefty, he told the stories for Edward. All the codes of behavior and loyalty and bonds and everything he thinks that are the part of what Edward’s story is, when he’s suddenly alone he has to test those codes. Betrayals happen or people die or they succumb to their weaknesses and that’s not the story that he had been telling. Suddenly he has to encounter the loss of myths.”

In a particularly moving scene, Lefty’s protégé, Jeremiah, lies wounded and helpless. He asks to hear a story and as Lefty launches into tall tales of the rugged cowboys he’s known, Jeremiah stops him and asks for a story featuring Lefty himself. The story serves a larger purpose to distract his young ward from pain. It’s a pivotal and emotional scene that Pullman was reluctant to rehearse.

“Bill’s wife, Tamara, told me they were practicing running lines for that scene and he said, ‘I don’t know why I have to memorize this big monologue that’s going to totally end up cut from the movie,’” Moshe recalled. “It is a great scene and I would not have let it get cut for a trillion dollars.”

Pullman explained that he’d been a victim of deleted scenes before. “I can remember I had some big monologues that came later in the story that had gotten cut,” Pullman recalled. “In Sleepless in Seattle, I had a huge monologue with Meg Ryan. Everyone said, ‘Oh, this is so beautiful and I love that your character has this. It gives him such grace and without it you’d be just the old boyfriend she doesn’t need anymore.’ And it gets cut!”

Lefty was a physically demanding character who has a noticeable limp and is engaged in some athletic scenes. “Jared had the wisdom to cast my son as one of the people that beat me up and he is actually the one that put the noose around my neck,” Pullman said. “He elbowed me once in the middle of doing all these stunts, but I couldn’t complain. There were some grueling scenes.”

Pullman owns a ranch in Montana where the film was shot and is familiar with the dangers of working with horses. Some of the stunts were risky, he told us, but luckily no injuries occurred on set.

“Horses aren’t used to having another human at the back end of the saddle,” Pullman explained. “There’s a lot of discomfort that can happen. I was hyper aware because I had seen kids get bucked. Wim Wenders was scouting for Don’t Come Knocking and he stayed at our place and his nephew from Germany brought a friend and they were riding double. The horse was not comfortable and the kid was not used to riding like that and it bucked him. We had to take him to the hospital. I had that in my head so every time we were riding that way I was ready for a disaster to happen, but nothing really terrible happened.”

Moshe agreed that they were selective about the animals they worked with on set. “When we were casting the horses, these weren’t movie horses,” Moshe explained. “They were ranch horses. I liked Wilbur for the look and everything, but we wanted a horse that would be best able to handle that riding because it was safety first.”

Beyond the incredible acting and captivating story, the film looks beautiful. It romanticizes the west as only movies can. Filmed in September, the scenery was iridescent. “We wanted to do it in the spring initially,” Moshe said. “I knew I wanted a transition season, but getting that color, that gold in the leaves was just amazing.”

SXSW audiences cheered when the opening credits revealed the movie was shot on Kodak film. Moshe was insistent about using the retro technology. “It’s a western. One of my producers was pushing the Alexa. I’m like, ‘Alright. You know what? Go watch a whole bunch of westerns and if you can find one that was shot on an Alexa or a Red or any digital camera that feels right to you, we’ll talk about it.’ Two weeks later he came back and said, ‘Alright, we’re shooting on film.’”

Lefty Brown was a ultimately a triumph, but it wasn’t without it’s challenges. ““You will these things into existence,” Moshe said. “It’s the only way it’s going to happen. We said we’re going to make this come hell or high water. Otherwise there’s too many people who are going to say, ‘No.’ Force people to make a decision and you get it done.”

“You can feel good fortune,” Pullman added. “When things are happening fortunately for a movie, you can feel we’re being given a window here of less challenges so we can accomplish what we have to.”

TAGSSXSW 2017: The Ballad of Lefty Brown