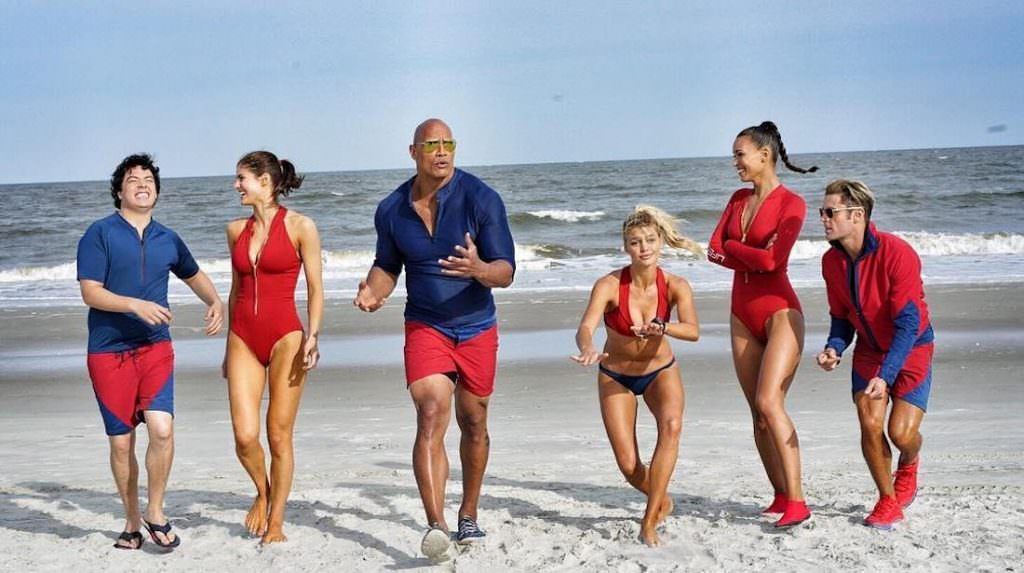 The Slo-Mo Jog is Alive & Well in New Baywatch Trailer

They’re slow-mo jogging on the beach and back into our lives.

Paramount debuted the first official trailer for Baywatch on Wednesday, turning the popular 90s TV drama into a feature comedy film. Following the release of two teaser trailers in January, this new trailer further delves into the plot: it follows head lifeguard Mitch Buchannon as he trains a new batch of lifeguard recruits while a nearby crime threatens the safety of his beach.

Rebooting another beloved classic—or what I’m told is a beloved classic, because the original TV series wrapped while Sesame Street was still my go-to entertainment choice—can be daunting, especially following the glowing reviews of Disney’s recent live-action Beauty and the Beast.

But with an all-star cast composed of Dwayne Johnson taking over as leading man Mitch Buchannon (played in the original series by David Hasselhoff, who is slated to make a cameo in this film), his San Andreas co-star Alexandra Daddario, Zac Efron and Priyanka Chopra, it’s bound to make a big splash.

Check out the trailer below. Baywatch slow-mo jogs into theaters May 26.