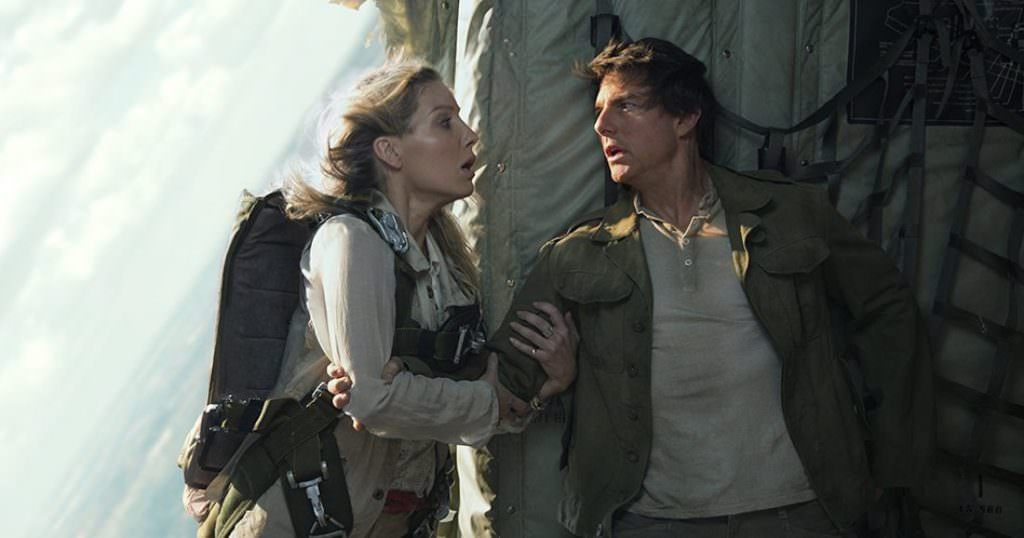 See how They Filmed in Zero Gravity for The Mummy

We’ve long admired Tom Cruise’s insane commitment to performing his own stunts. When we interviewed stunt coordinator Wade Eastwood about Cruise's work on Mission: Impossible—Rogue Nation, he talked about all the ways in which Cruise is the most prepared actor he’s ever worked with. This is a necessary attribute when the stunts you’re performing are as extreme as Cruise’s have been. Mission: Impossible: Ghost Protocol, Cruise free-climbed the Burj Khalifa (the world’s tallest building), in what at the time seemed like the most insane stunt of his career. That was until he decided he needed one-up that in Rogue Nation, a film in which he gripped the outside of a transport plane—eight times—while it took off. He’s hung from Utah’s jagged Dead Horse Point by his fingertips, made free-water dives of 130 ft., leaped from a Triumph Speed Triple motorcycle to tackle a co-star mid-flight, and dangled on the 800-ft. edge of Iceland’s Earl’s Peak for Oblivion.

The Mummy continues Cruise’s tradition of groundbreaking stunt work, working in zero gravity to pull off a stunning early scene. A new behind the scenes featurette released by Universal highlights the plane crash scene that happens early on in the film, where Cruise and co-star Annabelle Wallis (Peaky Blinders) are turned into human pinballs inside a cargo plane. The plane is taken down by, we must assume, the supernatural cargo it’s transporting (Sofia Boutella’s Ahmanet, the titular mummy)—it’s so spectacular you’d be forgiven for assuming it’s all CGI. Folks, it’s not. The scene is largely all practical effects, with Cruise and Wallis performing the stunt in zero gravity on a plane that was designed specifically for the purpose.

The Mummy is the first monster film in Universal’s multi-film effort of rebooting some of their classic monsters in a brand new shared cinematic universe. In the coming years, we’ll meet Frankenstein’s Monster (Javier Bardem), and The Invisible Man (Johnny Depp). We’ll see films about Count Dracula, the Wolf Man, Van Helsing, the Creature from the Black Lagoon, and the Bride of Frankenstein.

For The Mummy, Cruise, Wallis and Boutella are joined by Russell Crowe (playing Dr. Henry Jekyll), Courtney B. Vance, and Jake Johnson. Boutella plays an ancient princess who was thought to be safely entombed deep beneath the desert, but who comes roaring back to life to avenge having her life, and her destiny, cut short. The film is directed by Alex Kurtzman and with a script by sci-fi expert Jon Spaiths. If this single scene is any evidence, The Mummy will be a wild, thrilling start to Universal’s monster reboots.