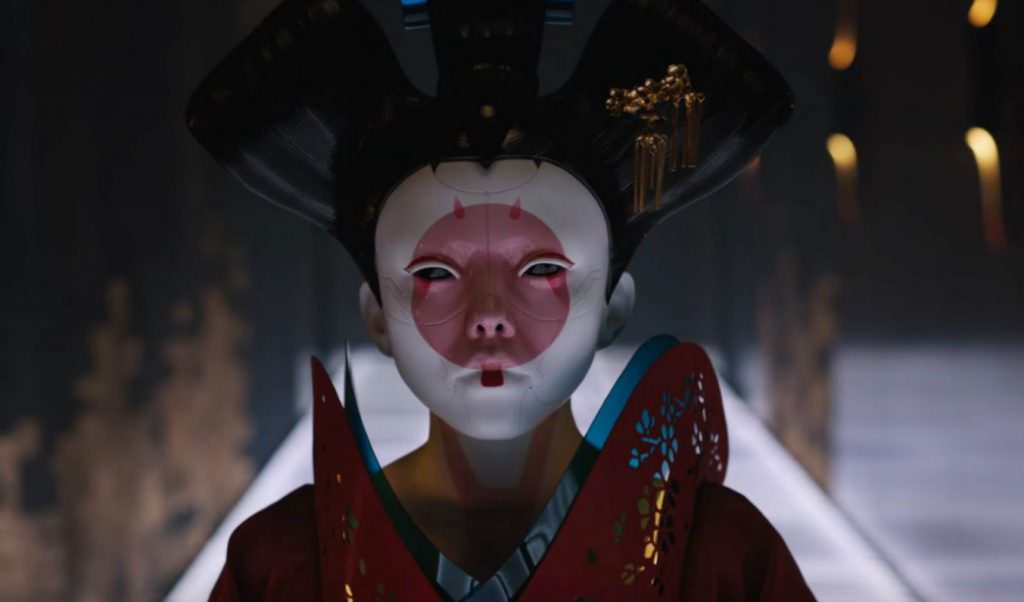 In what we’ve seen thus far from the live-action adaptation of the iconic manga Ghost in the Shell, director Rupert Sanders and his team have gone all out to do the source material justice. While many people might not be familiar with Mamoru Oshii’s 1996 animated feature, those that are remain the toughest test for Sanders, star Scarlett Johansson and the rest of the cast and crew. One of the ways in which the filmmakers have given their all is by letting the wizards at Weta Workshop make the story’s surreal, deliciously weird sci-fi elements come to life.

You know Weta Workshop from their work on Peter Jackson’s epic Lord of the Rings trilogy, and they’ve become so good at what they do they’ve earned a right to stand shoulder-and-shoulder with George Lucas’s legendary effects house Industrial Light and Magic. In this new video with former Mythbusters co-host Adam Savage, you can see just how remarkable their work on Ghost in the Shell is by seeing behind the robotic geisha masks that are a big part of the film. Instead of relying solely on CGI in post-production, this video shows you have crucial, and incredible, practical effects can be. It also makes us even more interested in seeing Ghost in the Shell when it hits theaters on March 31.

Ghost in the Shell follows Major (Johansson), a one-of-a-kind human-cyborg hybrid, who leads the elite task force Section 9. Devoted to stopping the most dangerous criminals and extremists, Section 9 is faced with an enemy whose singular goal is to wipe out Hanka Robotic's advancements in cyber technology.