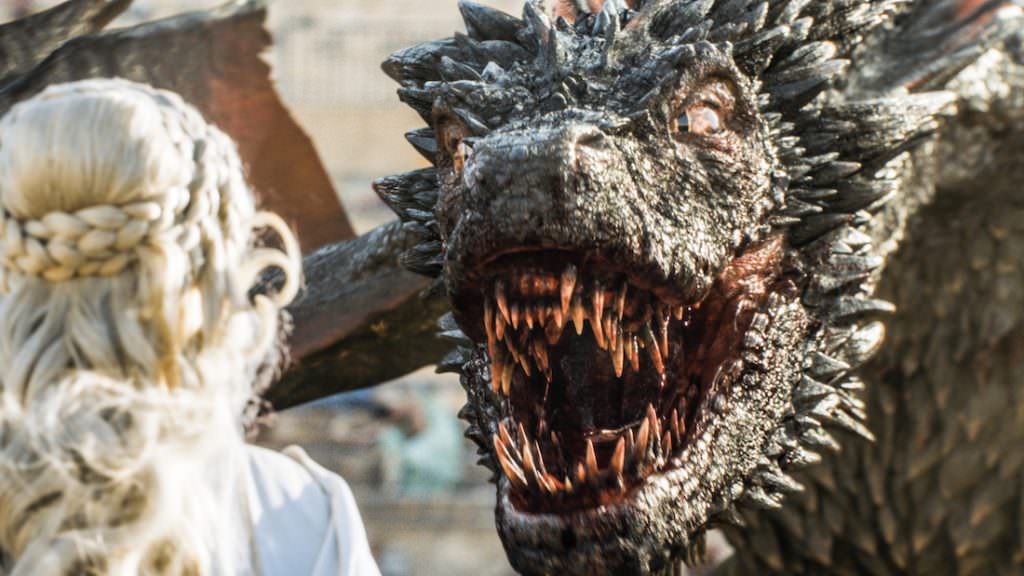 Season 7 of Game of Thrones Will Feature Biggest Dragons Yet

Watching Dany’s dragons grow up has been one of the most heartwarming aspects of Game of Thrones. Really, they’re the only children who seem to have had it pretty good. Okay, well not that good—being chained up in a dungeon isn’t exactly ace parenting. But, we’ve watched them go from adorable babies in season one to touchy, tetchy adolescents through season four. By the ninth episode of season five, they’d become (we thought) pretty much full grown, evidenced by Drogon showing up and helping Dany flee Meereen by barbecuing the Sons of the Harpy and anyone else who was trying to kill his mother.

Apparently they aren’t done growing. Season 7 director Matt Shakman dished some pretty incredible information to Entertainment Weekly: “The dragons this year are the size of 747s…Drogon is the biggest of the bunch — his flame is 30-feet in diameter!”

Okay, so that means Drogon’s flame in the clip below is what, only 20-feet in diameter?

For readers of George R.R. Martin’s novels, dragons this size are nothing new. In “A Song of Ice and Fire,” the three dragons ridden by the three Targaryens are so big that no army can challenge them. Up until now, Daenery’s dragons have been terrifying, and capable of flash-frying dozens of her foes at a time, but even Drogon got dinged up in Meereen, and that was against a fairly small number of attackers.

As we wrote last week, star Kit Harington promised that season 7 was going to “break boundaries.” One of those boundaries will likely be on the CGI front. With less episodes (seven instead of ten), the show’s team has more time (and money) to work on enlarging Dany’s dragons so they’re ready to fight in the biggest battle of all—the one against the Night King and the White Walker.