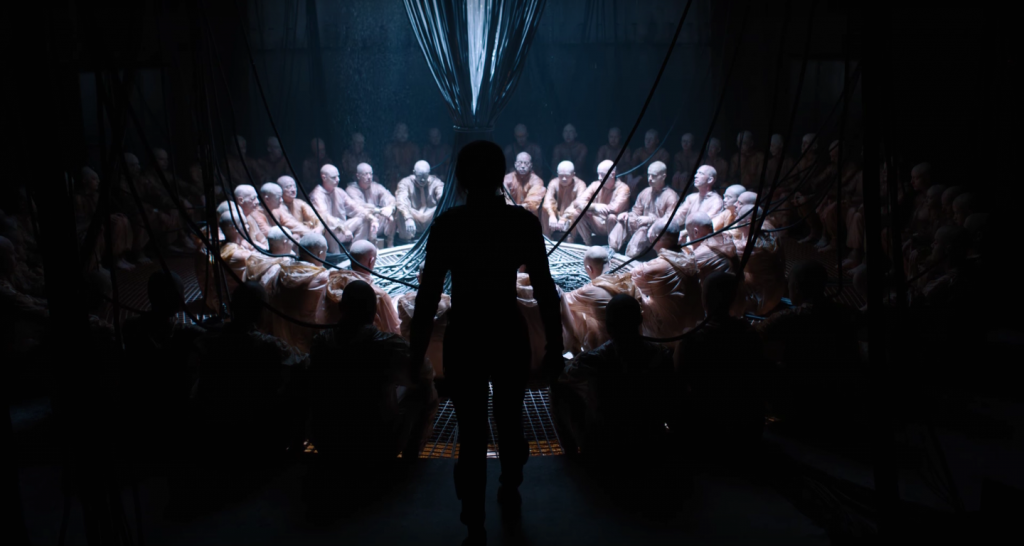 Sci-Fi at its Most Surreal: Watch the new Ghost in the Shell Spots

Yesterday we shared this awesome video of the incredible practical effects work that was done for Rupert Sanders' Ghost in the Shell. In order for Sanders and his team to live up to Mamoru Oshii’s beloved 1996 animated feature, they had to pull out all the stops. One of the aces up their sleeve was Weta Workshop, Peter Jackson’s now legendary effects house. Ghost in the Shell is sci-fi at its most surreal, mind-bending best, and the wizards at Weta helped bring their expertise on both practical and special effects to bear on the film, which is why we’re hopeful that, from what we’ve seen thus far, Ghost in the Shell is going to blow peoples’ minds.

In these four new spost, you get a clearer picture of what The Major (Scarlett Johansson), a one-of-a-kind human-cyborg hybrid, and her Section 9 unit are up against. The Major and her unit are the last line of defense against the world’s most dangerous criminals, but here they face an enemy whose goal is to wipe out Hanka Robotics’ advancements in cyber technology (this includes the very tech that gave the Major her life). This enemy seems to know lot about the Major’s past, and the film turns on what she thinks she knows about herself versus what’s real. The people that swore they saved her life, the very ones she serves, might not be the allies she thinks they are.

TAGSThe Ghost in the Shell