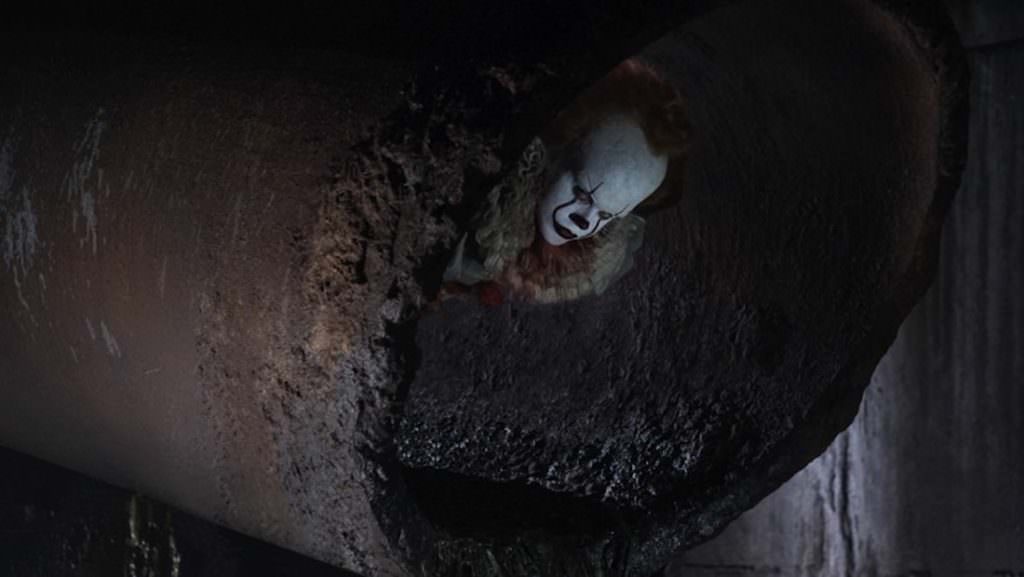 Pennywise the Clown Terrifies in new It Trailer

Remember yesterday when we shared photos and the new teaser for director Andy Muschietti’s It, an adaptation Stephen King’s iconic novel?  And we warned those of you who are too young to remember the pretty solidly terrifying It TV series in the 90s, let alone King’s source material, that once you allowed Pennywise the Clown into your life, there was no turning back? Well, the official teaser trailer for the Warner Bros. film is here, giving us a glimpse of a very promising take on one of the scariest monsters to ever spring from King’s brain.

It takes place in Derry, Maine, a small town afflicted every 30 years by a nameless monster that feeds on children. That monster is Pennywise, the sewer dwelling clown who lures children to their doom with his red balloon and painted face. The heroes if this story are The Losers Club, a group of kids who decide they're going to face the monster head on, and who include two familiar faces from recent, great spooky kids-centric work—Stranger Things’ Finn Wolfhard as Richie Tozier, and Midnight Special’s Jaeden Lieberher as Bill Denbrough. They're two of the seven kids who have either seen or being directly affected by Pennywise, and like those lovable heroes from Stranger Things, the story follows their courageous exploits in fighting the big bad monster at the dark heart of the story.

The teaser opens with a brief, brilliant shot of Pennywise in the sewer, and then follows the Losers Club as they come to terms with being the only ones who are willing, and capable, of following the red balloon to wherever it leads.

It will feature in your nightmares once it debuts on September 8, 2017.