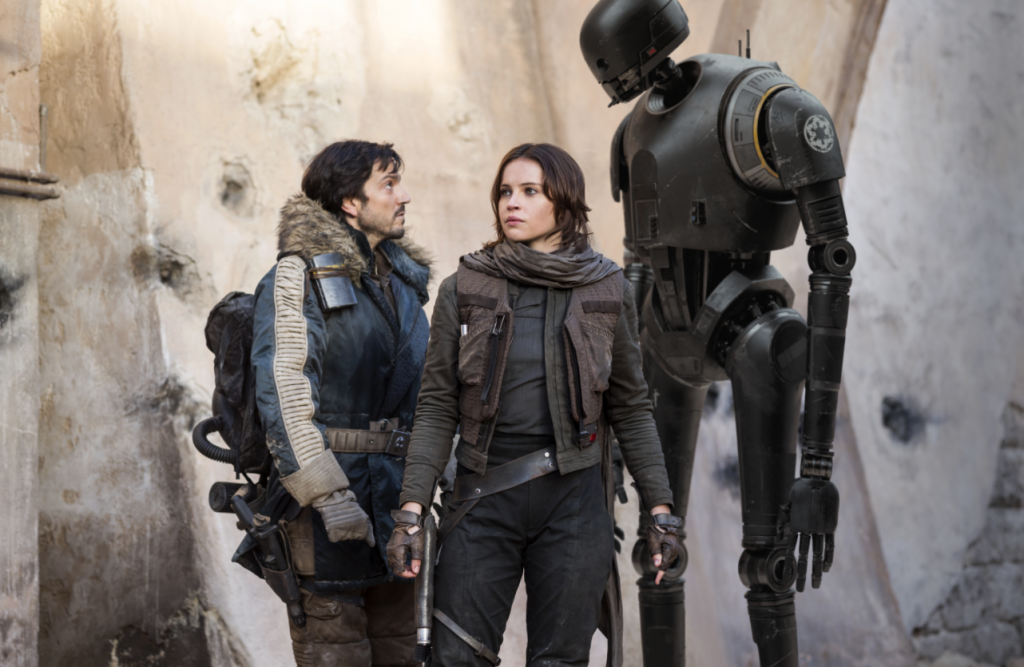 The Other Possible Endings to Rogue One You Almost Saw

One of the most astonishing things about Gareth Edwards Rogue One: A Star Wars Story was that ending (spoiler alert). As we wrote last week, Edwards and screenwriter Gary Whitta were pleasantly surprised when their original idea for the fate of Jyn Erso (Felicity Jones) and her rebel crew was championed by Lucasfilm president Kathleen Kennedy. They simply didn't expect that making their courageous heroes pay the ultimate price to steal the plans to the Death Star would be allowable, considering not even The Empire Strikes Back ended on such a dark note, and no Star Wars film, ever, had that high a body count for its principal cast. Now, Whitta has revealed the other possible endings the film had.

As Slashfilm reported last week, Edwards and Whitta had worked on a script where Jyn and Cassian (Diego Luna) survived. In this version, Jyn and Cassian get the Death Star plans off Scarif not via an upload link, but rather thanks to be picked up on the planet by a rebel ship. Once in space, they're attacked by Darth Vader's Star Destroyer, but they managed to get the plans to Princess Leia in a ship-to-ship transfer. Leia takes off in her Tantine IV, but Vader destroys Jyn and Cassian's ship…but not before they slip away in an escape pod. This was when Lucasfilm president Kathleen Kennedy questioned this ending, urging Edwards and Whitta to follow their instincts and kill off the two heroes.

In a later edition of the film, Jyn and Cassian were supposed to take part in a major fight on the beach, which was also portrayed momentarily in the film’s trailer. This ending was filmed, but was cut during the editing process. The filmmakers felt it weighed down the ending, which lead to significant conversations that slowed everything down. Needing to compress the third act, Edwards and his team decided to put the crucial transmission tower in the base where Jyn, Cassian and Alan Tudyk's K-2S0 spend the majority of the third act. They'd already shot the beach battle with Jyn, Cassian and K-2S0, so this was the decision that led to the re-shoots that became such gossip during the film's production.

After these decisions, many made after a lot of trial and error, Edwards and his team found the right way to end their film, giving us arguably the most intense final act of any Star Wars film, and one that ends in a shocking, but well earned explosion of action. Jyn and Cassian died for the rebel cause, and in doing so gave us the lead-up to Star Wars: A New Hope that we didn't know we wanted.