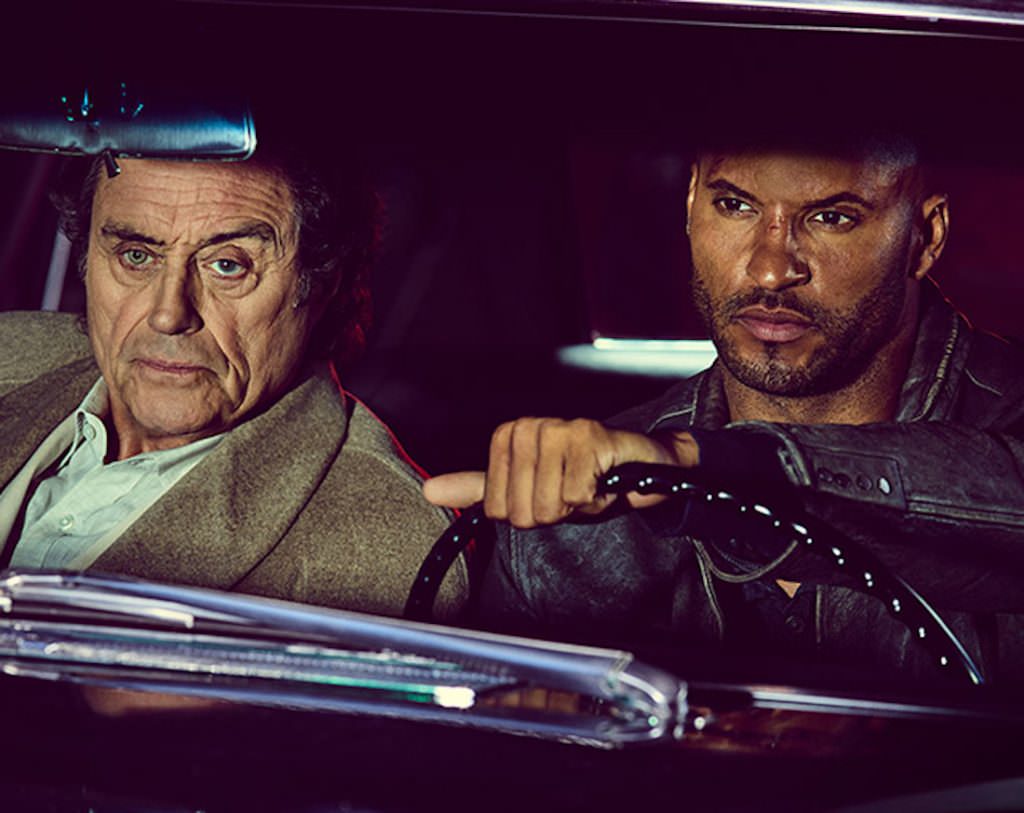 Author Neil Gaiman is a legitimate living legend. He’s left a huge mark in the realms of short fiction, novels, comic books and graphic novels, with legitimate masterpieces to his name. His The Sandman series, for instance, is one of the great comic book series of the last 40-years, becoming just one of five graphic novels to make Entertainment Weekly’s “100 best reads from 1983 to 2008.” It ranked at 46.

Of all of his work, his novel, American Gods, (which won a Hugo and Nebula Award), a dark, delicious blend of mythology, Americana, fantasy and horror has been the one fans have been clamoring to see adapted. Following the exploits of the quiet, immensely powerful Shadow, American Gods is a masterful romp that sees gods, spirits and mythological creatures, all brought to America by immigrants, losing their power as people’s beliefs wane. The new gods are rising—media, celebrity, technology and drugs, to name a few. Shadow's plunged into a dangerous, utterly bizarre world (the novel has one of the all-time wildest sex scenes, by the way) that he navigates with the help of an old god named Mr. Wednesday (played in the show by the great Ian McShane). Written in 2001, American Gods has always felt like now.

It has taken six years, but Gaiman’s epic is finally ready to premiere on TV. Starz bought the rights from HBO in 2014 (after the latter tried to get the script right with three different writers), and handed off the reigns to the very talented Bryan Fuller (Hannibal) and Michael Green (Logan).

When Shadow Moon is released from prison, he meets the mysterious Mr. Wednesday and a storm begins to brew. Little does Shadow know, this storm will change the course of his entire life. Left adrift by the recent, tragic death of his wife, and suddenly hired as Mr. Wednesday’s bodyguard, Shadow finds himself in the center of a world that he struggles to understand. It’s a world where magic is real, where the Old Gods fear both irrelevance and the growing power of the New Gods, like Technology and Media. Mr. Wednesday seeks to build a coalition of Old Gods to defend their existence in this new America, and reclaim some of the influence that they’ve lost. As Shadow travels across the country with Mr. Wednesday, he struggles to accept this new reality, and his place in it.