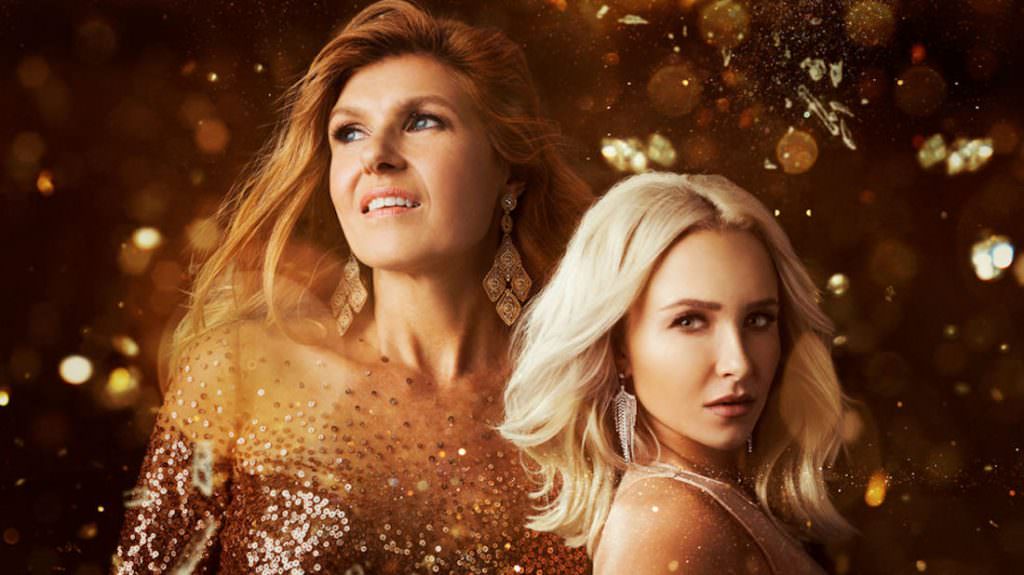 But it’s her most recent effort that Pine says set a precedent, sparking a new trend in music made for TV.

Pine is the music supervisor for Nashville, a cable TV series in its fifth season; and, this year, its first on the Country Music Television station. Nashville has a loyal and adamant following. The characters are great, especially the ideal feminist female lead, country music star Rayna James.

A treat for any music lover, the show is as much about the process of songwriting, the hard business of music, and the inner-workings of the music-royalty-laden city of Nashville, as it is about characters in the show. The series explores the struggles of being gay in the country music world; political corruption in Nashville; and the ravages of alcoholism.

But it’s the music that draws you in.

Nearly all the music in Nashville is original – a first, says Pine. Pine uses a stable of songwriters from Nashville, and elsewhere.

Another first – all the songs on Nashville are sung and performed by the actors. Episodes can feel like a front row seat in an intimate venue to an electrifying live performance. The music on Nashville has been such a hit that it’s spawned multiple albums and millions of iTunes downloads. A group of actors have staged an annual live Nashville TV series tour, in the United States and Europe, performing both songs from the show and their own music.

Videos of real-life sisters Lennon and Maisy Stella, actors playing sisters on the show, who perform on Nashville, and in real-life, have garnered millions of views on YouTube. The two are rising musical stars.

Legendary producer T-Bone Burnett was behind the musical genius of the first season. Pine was brought on as Music Supervisor for the first episode. She now has 91 episodes of Nashville under her belt.

Do you think the original music on Nashville resonates with the public?

I think the audience loves the music. It’s the reason why a lot of people come to watch the show. It shows the multi-layered [nature] of country music. It’s not just one sense of country. We’ve got that more roots-y Americana, that very indie side of things, the East Nashville rocker vibe. We try to show all levels of music that Nashville has to offer. Even the music we put in the background of bars scenes is all Nashville artists. Ruby Amanfu, she is in Nashville, she does this unique hybrid of country, indie and soul. We want to really show that Nashville isn’t all about big-hat country.

What was your goal with the original music on Nashville?

When I took the gig, the pilot already had set up the style of music that each of our characters was going to do. What I’ve done over the last five years is show a progression in their music, and in how they write it. I’ve consciously thought about the journey as a songwriter, in how you get better and change over time.

Do you have specific songwriters that you use for the songs of each character?

I have a pool of people that I love to go to, that I kind of equate our characters with in my head. Or they’ll call me and say, is there anything you are looking for. And I’ll say, I need a Juliette song or an Avery song. There’s a pool a people that I’ve enjoyed working with, knowing their style.

How do you find the songwriters?

I have songwriter camps that I do. I like to expand my pool. The more to pick from the better. It’s a match made in heaven. For me that’s what it is. I’m promoting someone. We’ve brought a lot of songwriters into the mix that maybe aren’t getting cuts on records. Which is a lot of what the country scene is about, getting a song put on Carry Underwood or someone else’s album. The songs are personal and heartfelt and deep. It gives a platform for that music, for that feeling. Any little bit of money we can give to the songwriters, is good.

How many songwriters have you used for Nashville?

Hundreds, that’s a guess. We really feel that this show is about songwriting more than anything else. It’s the words that are in the songs and the songs themselves that make the music resonate within the show. We pulled a list just from Season One, and it was extensive. I’ll reach out to publishers, and say, ‘Send me anything new written in the past week.

Is every song sung on the show an original?

Most are original demos,” though there have been a small number of cover songs, Pine said. When I say original demo, it’s literally sometimes a guitar vocal on your iPhone, which I’m completely happy in getting.

Do you have an idea in mind when you select songs?

There’s always a reason for certain songs. I am a huge proponent of the montage. We call it Around the World, to encapsulate the stories of the characters. Those are the songs, lyrically, that have to cross over to more story points that are happening with characters within the show. Those are the songs that resonate with our audience. When I watch it, if I start balling during the show, I get really excited. I get goose bumps. For our season finale, I stood up, and I was like, this is the best music show we’ve done this season.

Does each actor actually sing all of the songs that we see them perform on the show?

Yes they are all actually singing.

Were actors required to sing well to get cast on Nashville?

We love them to be singers. We also provide assistance. There is a vocal coach on call, if any one of our characters needs it or wants it. We offer guitar lessons, piano lessons; anything that might enhance our realism, we’ll jump through hoops to make that happen for them. We are very lucky that our characters do play, they do sing. It hasn’t been hugely difficult for us to accomplish what you see on screen.

What would you like to see more of, or less of, when it comes to music in film and television?

This is really not the norm, to have original music. Back in the day, when soundtrack albums were such a huge success, when you heard the music in the film, and you bought the album because you wanted to relive it, you would have more original music. Then music supervision lost its way a little bit. It turned into great songs and great uses of existing songs that are already out there.

I think that Nashville, when it first started, was one of a kind. Then you had Empire, then Mozart in the Jungle (for which Pine served as music supervisor for ten episodes) which used original music. I think it’s something that is trending right now. We have the live musical. Look at La La Land. It’s making such an impact on audiences.

What was your background before become such a successful Hollywood music supervisor?

I wanted to be a singer. I knew I wasn’t good enough to do it. I worked for a record company in New York City, and before that, for an aerobic-music company in Florida. The Mickey Mouse Club TV show, I was the receptionist, believe it or not. I said, ‘Hello, Mickey Mouse TV Show. How can I help you?

Are you happy with what you have accomplished with music on the show?

I think of late we’ve been doing a really good job when it comes to showcasing music. We work hard at promoting new artists. We want to represent the right music for the right scene to evoke the right feeling or emotion. You want to resonate through the story. That’s kind of the gig.

Did you have a background in the city of Nashville that you were trying to illustrate?”

It was a learning curve with Nashville. When you are a music producer, you deal with New York or L.A. Country music wasn’t getting a lot of love when it came to film and television when we started with Nashville. Nashville is now a well-oiled machine for (songwriters and studios) pitching film and television. Nashville paved the way. Nashville was the first one. I grew up in a small town in Ohio. But my entire family is from the state of Tennessee. I have experience with country music. I grew up with uncles playing guitar and banjo, playing old country tunes. I’ve always had a love for music. My dad had a major love of music. It’s a nice trait to have I think. 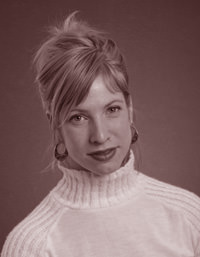