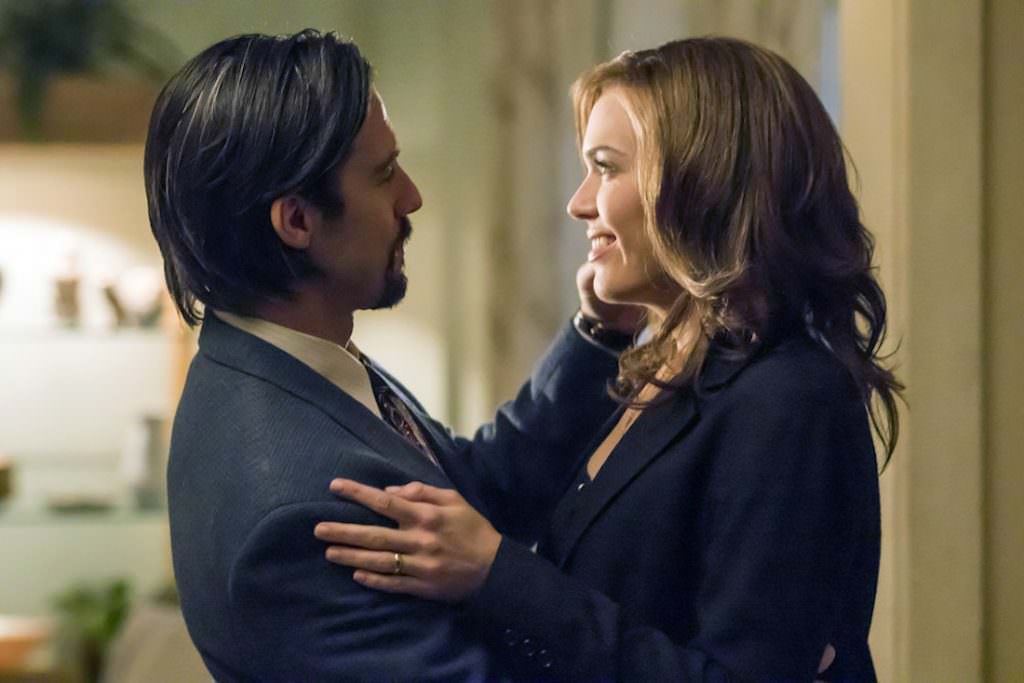 The Music of the Emotional First Season of This is Us

This is Us was this year’s break out show that everyone can’t stop crying about. The first season came to its heart-wrenching conclusion last night, but fans didn’t witness the death of Jack Pearson (Milo Ventimiglia) as previous episodes hinted they might. What could be an overly saccharin family melodrama becomes a tightly woven emotional power punch thanks to sincere performances and a thoughtful score by Siddhartha Khosla. Founder of the band Goldspot, Khosla’s music navigates each episode through every dramatic twist over the span of the show’s four decade setting. The band’s original song Evergreen Cassette appeared in an episode and Khosla even wrote an original Motown tune for the Memphis themed episode.

We spoke with Khosla about the plot twist in the pilot, how his band’s music fit perfectly on the show, the first season’s huge success and more.

How did you get involved with This is Us?

The show creator, Dan Fogelman, approached me last spring with his script for the pilot of the show. I read the script and fell in love with it. He said, “Listen, read it. See if it inspires anything.” It definitely did. It was beautiful and thoughtful and just blew me away. And it inspired me to write this 5 or 6-minute piece of music. Dan loved it and that was the beginning of This is Us for me.

The first episode has a big twist in that the characters are in different time periods and also interconnected. I didn’t catch on until it was revealed. How did you keep from giving it away with the music?

I remember when I first read the script and I saw that surprise at the end of the first episode. I did think about, “How do I score this musically so it doesn't lead you to believe that we are in any specific era?” So I opted for something timeless and classic. That's been the sound of the show from the pilot episode until today. The sound of the show and the score generally is very organic instrumentation: acoustic guitars, pianos, hand percussion. Very, very simple sounds. Not in a way that's too simplistic, but the instrumentation is pretty simple and stripped down and organic. I feel like that was a way to kind of tie in all these eras, but also to not give us any sort of time stamp to know exactly where we were. That sound of the show has served two purposes. It's music that could have existed in the 70s or even in the 60s, if we want to go back there, to the 80s, 90s, and today. That sound has lived in music for the last several decades.

Every episode hits all of our emotions. How do you keep from crossing over into melodrama?

What makes my job easy on this show is the writing and the performances and the directing and the editing. All of that is really incredibly done. We call it 'leaving a scene dry' where there's no music. If I left a particularly emotional scene dry and didn't add any music to it, it still works. The performances are strong, the actors are emotionally there. It makes you cry just by watching it every time. So I never want to push too hard with the music. You can easily go into something that is excessively “rom-com” and overly dramatic and I feel like that cheapens the performance of the actors and cheapens the strength of the writing to do that. On this show, oftentimes I take a more subtle approach and I try to avoid the schmaltz as much as possible with my score. Because the performances and the writing are so strong already, so it also allows me to think outside the box with my score. It allows me to think a little differently.

The song you wrote, Evergreen Cassette, with your band Goldspot was featured in a recent episode. It’s such a cool song and worked so well in that scene. How did that come about?

I'm normally not involved in our song decisions. If I'm asked I'll give a thought or a comment about it. There’s this really beautiful moment where the family gets together and they watch super 8 footage of Rebecca before she has the babies. So the image on the screen is really grainy because you're looking at super 8 footage. Musically it would have been nice to have something evoke that analogue feel. Something that felt timeless and also old and vintage. The editor on the episode, Julia [Grove], and I were talking and I said, “Hey, I happen to have this song I wrote about my mom. See what you think.” And she put it up with the picture and said, “Oh my God, this is perfect.” And then the director on the episode, Ken [Olin], really loved it too and then Dan [Fogelman] loved it. That's how that particular song got into that episode. We were really looking for the right song to go in there and it took a minute to find it, but when we did, we knew it was the right thing. It felt really great, especially because it was a song about a mother and the episode, in many ways, was about Rebecca coming to terms with the fact that she was going to be a mom and she was going to potentially not be the perfect mom. This song is about having faith in your mom, in a way, so it was a really perfect fit for the episode.

What’s the biggest challenge you’ve had so far on this show?

For episode 16 [Memphis] I had to write this Motown song. When I was asked to write the song, basically I said to myself, “Wow, I've never written a Motown song before. I'm not even sure how to begin.” That was my instinct. But then when I sat down and read the script, the initial idea for it came to me instantly. I realized in that process that the classic Otis Redding, Al Green, Motown songs were really simple in their form, in their lyrics, in their melody and lyrically they were very conversational. It was these very simple concepts that were relatable. Just like The Beatles did, or any great artist has done. So to me, once I broke it down that way and realized, “Hey, this is a lot simpler than I'm thinking it needs to be,” it came to me instantly and it made sense. You realize that a Motown song, if you were to pick it up and play it on an acoustic guitar, you could and it could turn into a folk song. That same song could be a pop song, could be an R&B song. It lives all these different lives, potentially. A great song is a great song. You just have to be able to emotionally tap into whatever it is you're trying to get across.

Were you expecting This is Us to be the huge success it has been?

No. Not at all. It's a total surprise and it's the best kind of surprise. The way that I approach every day of my music career is that I feel fortunate enough to be doing this for a living. I've had a journey to get here in my own musical career and you realize that I'm just fortunate. I feel very, very lucky that I get to do what I do every day. So anything above and beyond that is icing. What's happened with This is Us is like the sweetest icing. It's been a wonderful surprise.