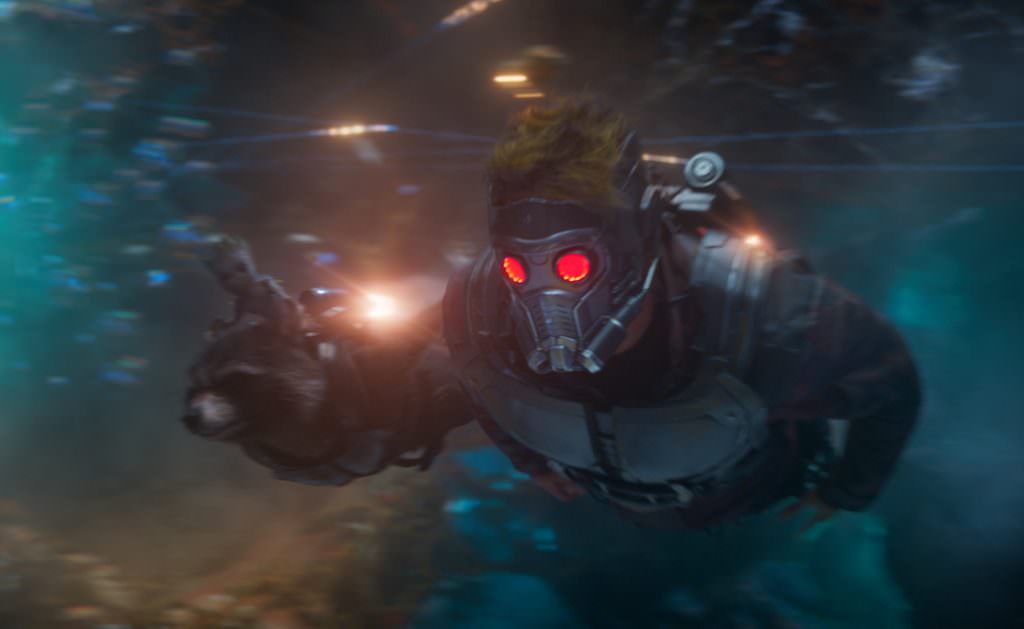 Meet the Star-Munch in Guardians of the Galaxy Vol. 2

It’s been reported that Guardians of the Galaxy Vo. 2 has the biggest special effect of all time. Director James Gunn told Empire Magazine that Kurt Russell’s character, Ego the Living Planet (it’s a sentient planet that can transform itself into a human when need be) is the biggest visual effect of all time, with more than a trillion polygons on Ego’s planet.

While we’ll have to wait and see exactly what Ego the Living Planet looks like (we’ve read some early conceptual work was done by artist Hal Tenny, who specializes in fractal artwork), what we can enjoy now is this now TV spot that introduces you to a brand new character—Star-Munch.

It wouldn't be a Guardians of the Galaxy spot if Rocket didn't say something rude to someone. In this case, Chris Pratt's Star-lord is at the receiving end of a classic Rocket quip. If you ever wondered just how into character Bradley Cooper gets when voicing Rocket, check out this clip from Guardian of the Galaxy's Blu-ray featurette. You'll see it's not just Cooper's voice that the filmmakers use, but his movements and facial expressions.