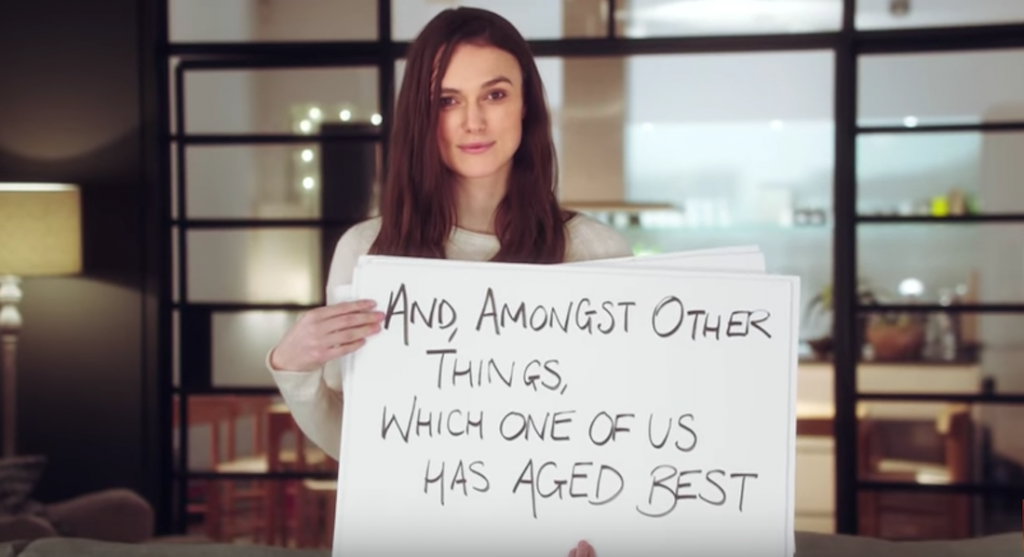 You’ve likely seen the 2003 romantic comedy Love Actually at least once, and possibly, oh, ten times. Director Richard Curtis and his ensemble cast of lovable Brits (and Laura Linney) captured the hearts of a generation of moviegoers. Who didn’t cheer the handsome Prime Minister (Hugh Grant) falling for a young staffer (Martine McCutcheon)? Who wasn’t charmed by an aging rocker’s (Bill Nighy) realization that his lifelong love was his put-upon manager (Gregor Fisher)? Hell, the film became such a cultural touchstone, that one of its marquee moments was repurposed, 14-years later, in a hilarious SNL sketch.

Ever since, we’ve been waiting for Love Actually 2, and while we’re not getting it, we are getting Red Nose Day Actually, a new short film that is a sequel of sorts. Naturally, the new trailer is a recreation of the very scene SNL used, with various cast members doing Andrew Lincoln’s part (yup, Rick Grimes from The Walking Dead had easily the most sappy part in Love Actually), explaining the short via a series of hand-written signs. The special is bringing back Hugh Grant, Martine McCutcheon, Chiwetel Ejiofor, Keira Knightley, Andrew Lincoln, Colin Firth, Lucia Moniz, Liam Neeson, Thomas Brodie-Sangster, Olivia Olson, Bill Nighy, Marcus Brigstocke, and Rowan Atkinson.

Red Nose Day is a big deal in the U.K., and the impact is starting to be felt here in the United States. The day-long celebration, with TV specials and many, many famous people donning the red noses, helps raise tens of millions of dollars to help fight child poverty. Red Nose Day Actually will only help the cause, considering Love Actually boasts a pretty massive fan base. Director Richard Curtis has said that he’s delighted most of the original cast has come back to take part in what he hopes is a really fun short, and a way to draw attention to the Red Nose day shows that will be raising money for a great cause. If you’re interested in donating or helping the cause in anyway, click here.