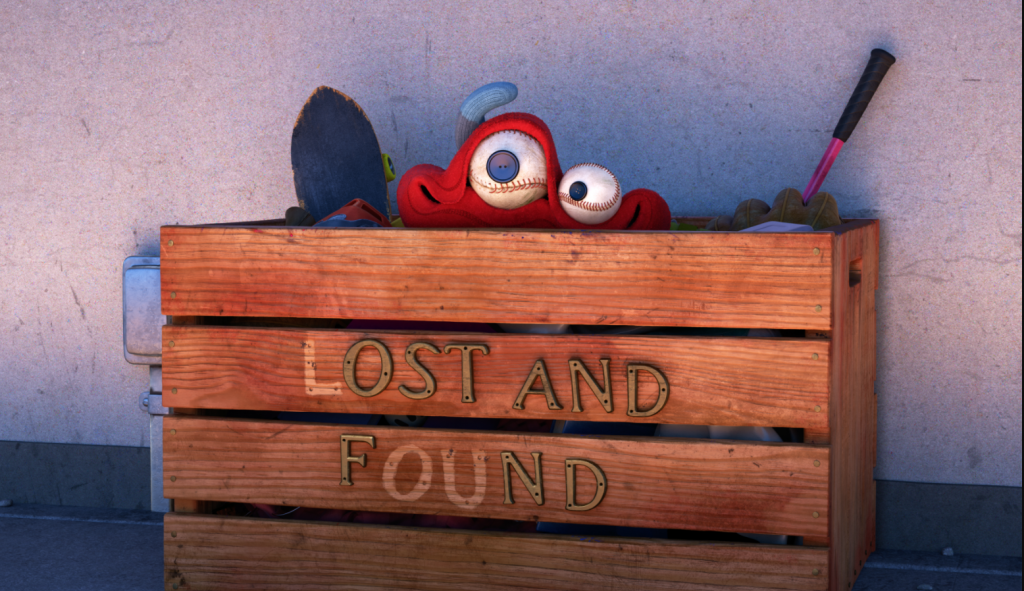 Pixar fans, rejoice. The animation powerhouse is piling on a new animated short to add to its already famous collection.

Pixar debuted a new poster Tuesday to tease its upcoming animated short, Lou. The short will play along with Cars 3 this summer and stars a friendly monster named Lou—named for the letters missing from the Lost and Found box he calls his home. Per Pixar’s website,  “When a toy stealing bully ruins recess for a playground full of kids, only one thing stands in his way: The ‘Lost and Found’ box.” Look closely and you can catch a glimpse of Lou—he takes the form of a red sweatshirt with baseballs for eyes and buttons for pupils.

Since its beginnings, Pixar has been famous for the Easter eggs it leaves throughout its films. Animators frequently leave references to both future and past projects: from more obvious references, like Boo from Monsters, Inc. playing with a Jessie doll from Toy Story 2, to allusions only hardcore Pixar fans could catch, like a parked car in the background of a scene from the The Incredibles with a striking resemblance to Doc Hudson from Cars.

Lou’s poster doesn’t have any quite-so-glaring references, though a few of the other Lost and Found inhabitants look like subtle nods to past projects: the orange and white striped scarf matches Nemo’s stripes, the slinky next to it is reminiscent of the character from Toy Story of the same name, and the truck could be an allusion to the full-length film viewers are just about to watch.

This is the directorial debut for Dave Mullins, who has been with Pixar since 2000 and most recently worked as an animator on Inside Out. You can check out this interview with Dave Mullins from the short film’s debut at South By Southwest earlier this month.

Lou hits theaters June 16, accompanying Cars 3. You can find out more about the full-length feature here.