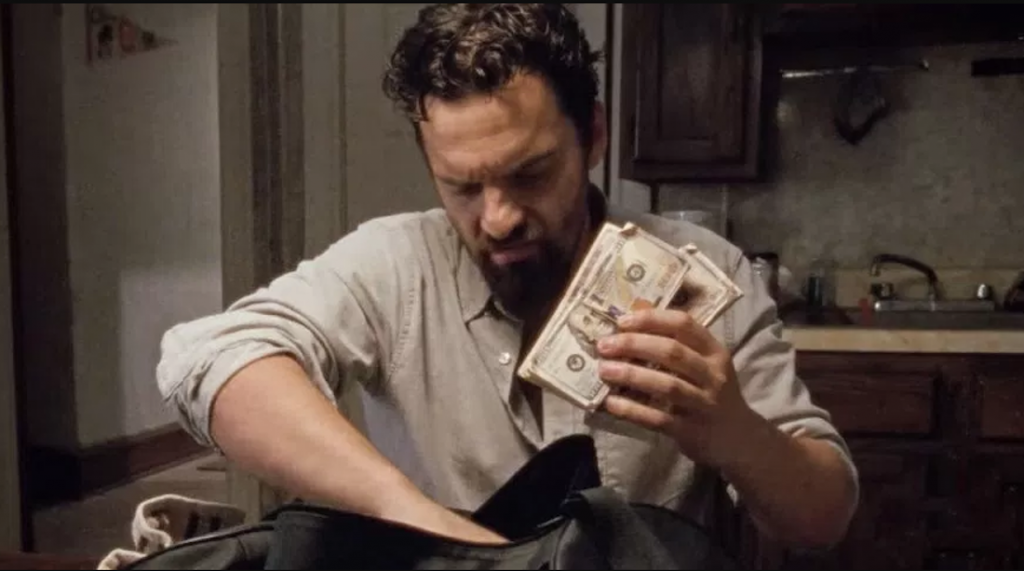 Director Joe Swanberg never played a game of cards in his life, but he totally relates to the poker player at the heart of his new movie Win It All (opening April 7 on Netflix). "As an independent filmmaker I feel like a gambler all the time," he says. "Especially as someone who puts my own money into my own movies, I really know that feeling of taking a big risk and not knowing what's going to happen."

That willingness to take risks, nurtured by a low-maintenance home base in Chicago and a core team of recurring collaborators, has enabled Swanberg to turn out micro-budgeted films at an astonishing rate: thirteen movies over the past six years alone. Citing Spike Lee, Woody Allen and Clint Eastwood as role models for their focus on telling stories with minimal meddling from Hollywood executives, Swanberg says, "When I started out, I set my mind toward making the work rather than participating in the industry or attempting to 'grow' my career in any obvious fashion. I figured the fastest way to learn and evolve as a filmmaker was to keep doing it, so a lot of times I'll be finishing one project and already have an idea for the next one. I just like going from project to project, usually with a lot of the same collaborators."

Swanberg's key collaborator on Win It All is actor/co-writer/producer Jake Johnson. Starring as charming but irresponsible Chicago card shark Eddie Garrett, Johnson, best known from the TV sitcom New Girl, improvised his own dialogue in tandem with scene partners Keegan-Michael Key, Joe Lo Truglio and love interest Aislinn Derbez. The characters' conversations sparkle with false starts, awkward pauses and unexpected tangents mirroring the way real people actually talk. Swanberg says, "I'm happy that people think the dialogue sounds real. It's always been very important to me to get as close as I can to reality so my films exist in a space almost in between documentary and narrative. Jake brings a lot of that naturally. In terms of the actors I've worked with, very few people come from as real a place as Jake. He seems almost incapable of being false."

Swanberg, who previously directed Johnson in slacker rom-coms Drinking Buddies and Digging For Fire, reached out to the actor with a look-after-my-money-while I'm in-prison premise borrowed from 1988 comedy Sticky Fingers and 1965 Japanese crime thriller Pleasures of the Flesh. "These ideas were kicking around in my head so I pitched it to Jake: Is it interesting for you to think about a character who's holding somebody else's money?' From there, Eddie being a gambler came out of the process of how Jake and I typically collaborate, which is texting ideas back and forth, putting the pieces together while we're working on other things."

Johnson conjured the character of Eddie's Gamblers Anonymous sponsor, keenly portrayed by Keegan-Michael Key of Key & Peele sketch comedy fame. "Shooting Keegan and Jake Johnson doing scenes together was as fun as you would imagine," Swanberg says. "You'd look around at the crew and see everybody trying their hardest not to laugh and ruin a take, just because Jake and Keegan are so funny. But it's not a game of one-upsmanship where they're trying to out-joke each other. Everything is rooted in character. What you see on screen is a nice mix of things we knew were going to happen along with things that just came out naturally from those guys as they riffed with each other."

Win It All relies on a genre thriller-type plot device to follow the inevitable consequences of putting a compulsive gambler in the same room with a duffle bag stuffed with cash. But once the film gets rolling, relationships take precedence over action set pieces "Eddie thinks he's addicted to gambling but really he's just addicted to that feeling of bottoming out, which is probably borne out of experiences with a lot of people Jake met along the way," Swanberg says. "What Jake and I were really excited about was having the middle section of the movie sort of forget about the bag of cash. Instead it becomes about Jake's character choosing to take on responsibility and get his life together. Then we have the bag come back into the picture just as Eddie feels like he's on top of everything."

Unlike Swanberg, Johnson plays poker and used his expertise to flesh out the card-playing sequences with authentic details. Swanberg directed the scenes so they rang true for card players as well as audiences who don't know anything about straights and flushes. "Some films very much want to be about the card playing and the actual hands themselves, but that wasn't what I was interested in," Swanberg says. "Jake brought specificity to the gambling sequences, but as someone who doesn't play poker, I wanted to make sure the games had an emotional rhythm that was completely accessible to people who don't know that world."

Featured image: Jake Johnson in Win it All. Courtesy Netflix