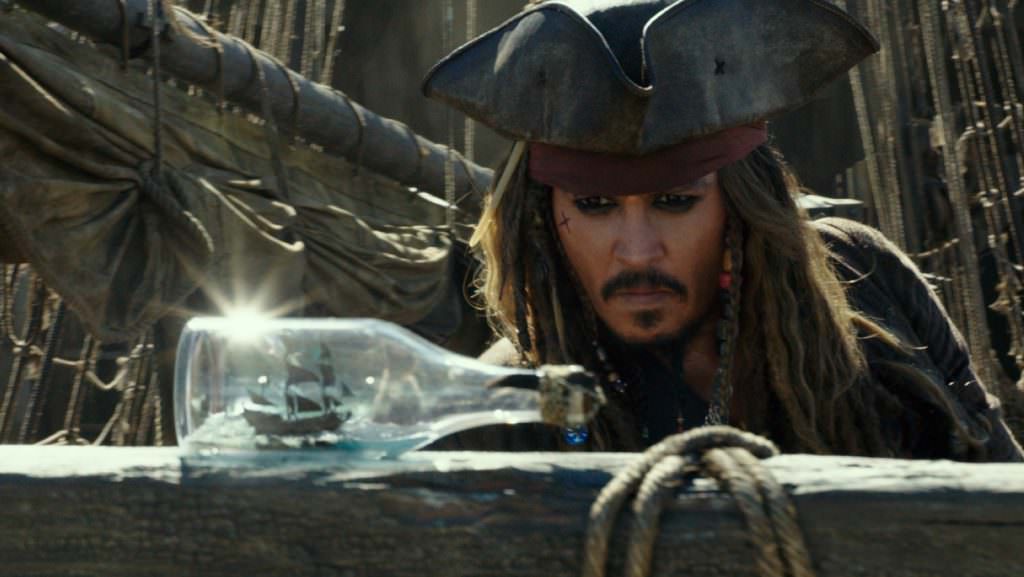 Jack Sparrow’s Being Hunted in new Pirates of the Caribbean: Dead Men Tell No Tales Preview

We’ve said it before and we’ll say it again—you can’t do a better job of casting your main villain than snagging Javier Bardem. The man who made Anton Chigurh one of the truly great monsters in 21st century cinema in the Coen Brothers No Country for Old Men is playing Captain Salazar—a ghost sailor who, wouldn’t you know, has a major beef with a certain Captain Jack Sparrow (Johnny Depp) in Pirates of the Caribbean: Dead Men Tell No Tales. Salazar is on the hunt for Sparrow because, way back when, the rum-chugging anti-hero had cursed him.

Salazar is part of a Devil’s Triangle, a bunch of murdered sailors who now, in their undead form, are out hunting pirates—starting with Sparrow. The only hope Jack has is to find the Trident of Poseidon, but finding it will require him to woo (in one way or another) the beautiful astronomer Carina Smyth (Kaya Scodelario) and a young sailor in the Royal Navy, Henry (Brenton Thwaites). Making matters tougher for Jack is that his ship, the Dying Gull, is as pitiful as its name suggests.

Rejoining Sparrow on the open seas is the great Geoffrey Rush, as Captain Barbossa. There’s also the whispers that none other than Paul McCartney will have some sort of cameo.

Pirates of the Caribbean: Dead Men Tell No Tales sails into theaters on May 26, 2017.