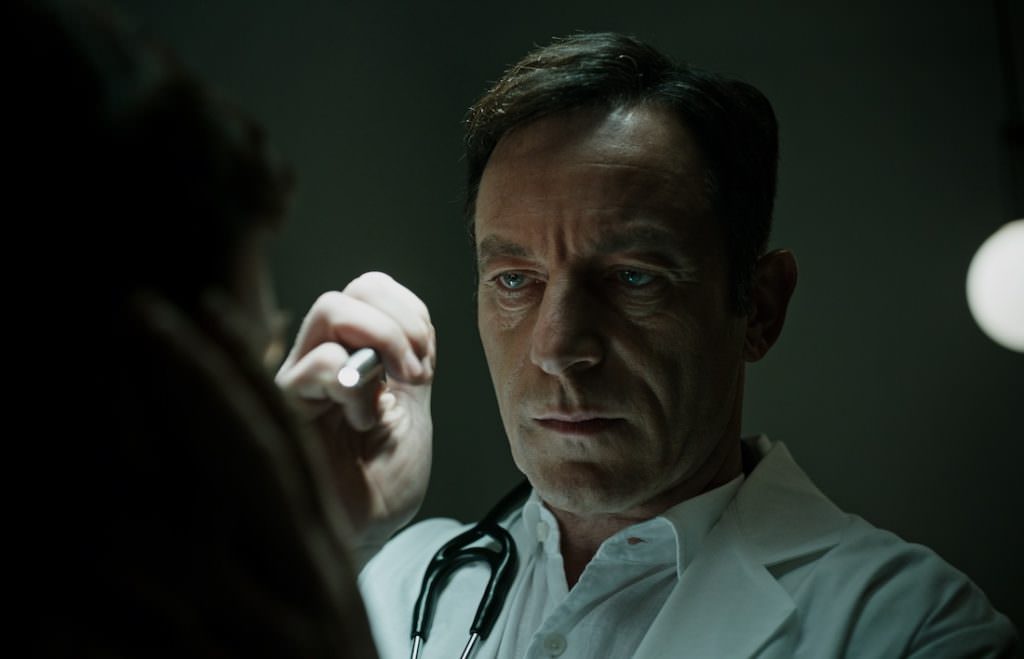 It was heartening news when we heard that The Walking Dead‘s tough-as-nails Sonequa Martin-Green was going to be playing the lieutenant commander of the U.S.S. Discovery in Star Trek: Discovery. The show’s cast just added another fantastic actor, the great Jason Isaacs, who was so convincingly scary in Netflix’s surprise hit The OA, also a veteran of the Harry Potter franchise.

To millions of fans, Isaacs is most recognizable for playing the vicious Lucius Malfoy in the Harry Potter series, father to the equally venal Draco Malfoy. Recently, he’s played not one but two mysterious villains; in the aforementioned The OA, playing Dr. Hunter Aloysius ‘Hap’ Percy, and Volmer in Gore Verbinski’s A Cure For Wellness.

Isaacs is no stranger to sci-fi, either. He’s voiced The Inquisitor in Star Wars Rebels AND he’s lent his voice to Lex Luthor in the animated Justice League: Gods and Monsters.

In Discovery, Isaacs will play Captain Lorca, and that’s about the extent of our knowledge. He’s a compelling actor to fill out the Captain’s role, someone who commands the screen in subtle, potent ways. He can go big and snarling, as he did as the brutal Col. William Tavington in 2000’s The Patriot, or quietly menacing, as he was in The OA. What’s always evident in an Isaacs performance is the deep reservoir of intelligence. This links him with previous Star Trek captains, most notably Patrick Stewart’s Captain Picard and Kate Mulgrew’s Captain Janeway.

Along with Isaacs and Martin-Green, The Discovery‘s crew includes Doug Jones as Lt. Saru, an alien science officer, David Frain as Spock’s father, Sarek, and Anthony Rapp as Lt. Stamets, the crew's resident astromycologist. The great Michelle Yeoh will play Captain Georgiou, another Starfleet captain who commands the U.S.S. Shenzhou.