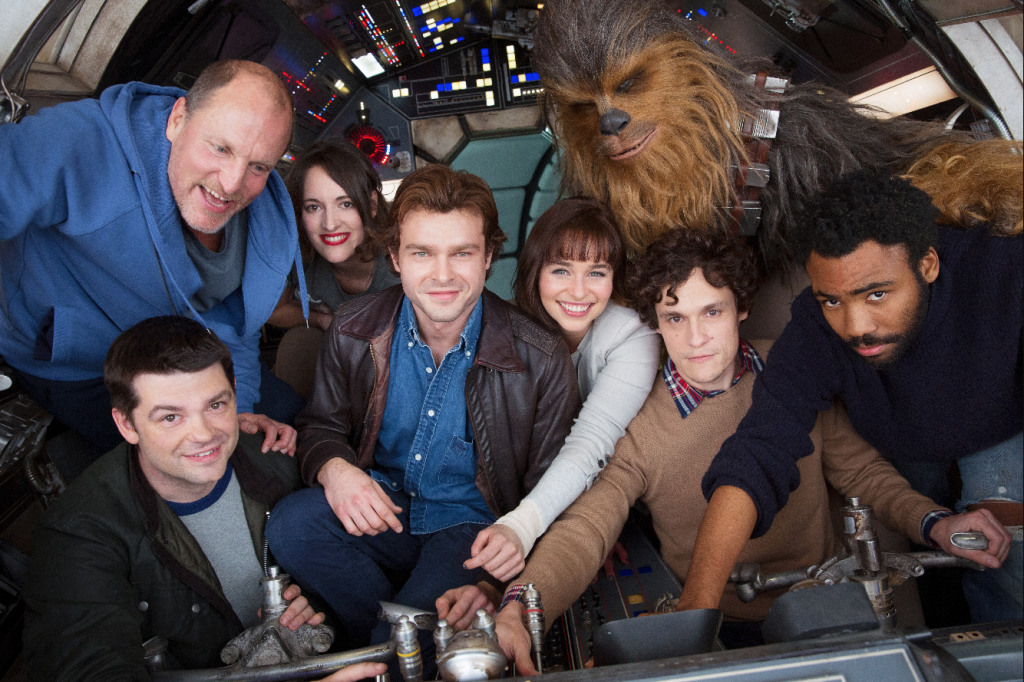 Even though it doesn’t yet have a name, Woody Harrelson already boasted recently that the upcoming Star Wars Han Solo spinoff will be the best in the franchise (while Woody's character has gotten a name—Beckett). With even more details emerging from what already sounded like an incredible film, he very well could be right.

Harrelson appeared on The Tonight Show with Jimmy Fallon last Wednesday, where he revealed information about his character for the first time. Though he was unable to give much away, we now know that he plays a man named Beckett, who Harrelson describes as “a criminal and a mentor to Han.” Whether in The Hunger Games franchise, Friends with Benefits, or the more recent The Edge of Seventeeen, Harrelson definitely has a knack for playing the erratic yet ultimately wise mentor to a film’s young, wandering hero.

Then Disney CEO Bob Iger revealed a few plot details Thursday at a USC business and Tech event, though what he did reveal perhaps spurs even more questions about the film’s plot than it does answer them. You can listen to the full interview here, but here’s what he shared about the film:

“We’re actually shooting now an origin story of Han Solo, which will come out in 2018. That picks up with Han Solo when he was 18 years old and takes him through when he was 24. There are a few significant things that happen in Han Solo’s life, like acquiring a certain vehicle and meeting a certain Wookiee that will happen in this film. But you will also discover how he got his name.”

And then another cast member was brought on board this weekend: Ian Kenny, who you might recognize as the bully from the Irish hidden gem, Sing Street. Joining the Star Wars franchise will be Kenny’s first appearance in a mainstream production. Not too shabby.

Kenny joins the likes of Emilia Clarke (Game of Thrones, Me Before You), Donald Glover (Community, Atlanta), Michael Kenneth Williams (12 Years a Slave) and Alden Ehrenreich (Hail, Caesar!) in the title role. The film is directed by The Lego Movie and 22 Jump Street writers/directors Phil Lord and Chris Miller.

The spinoff is slated for release May 25, 2018. In the meantime, you can prepare for The Last Jedi, which continues to release updates (and more updates) and will premiere December 15.