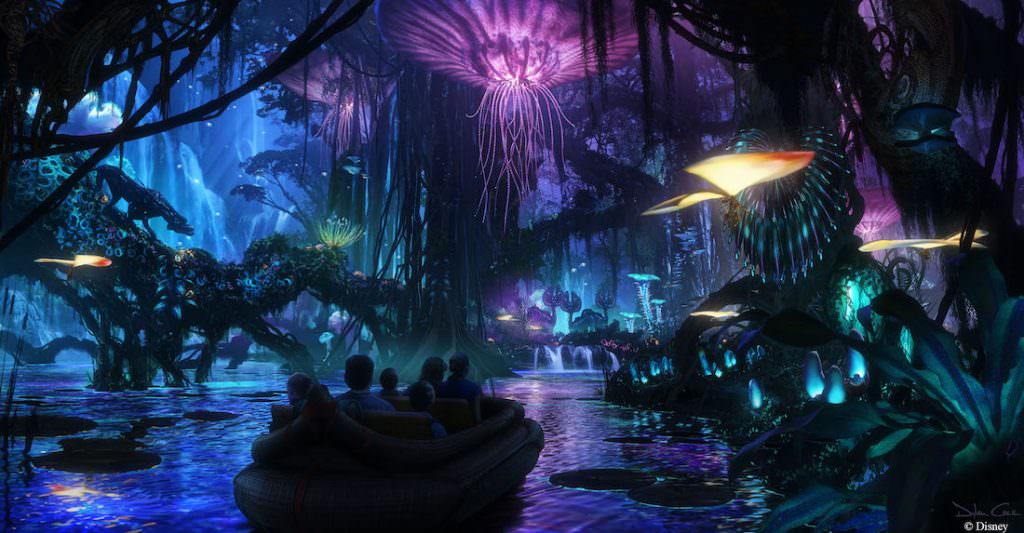 Get Your First Look at the World of Avatar

Pandora – The World of Avatar is a new addition to Disney’s Animal Kingdom theme park in the Walt Disney World Resort. The attraction is inspired by the fantastical universe in James Cameron’s Avatar film series. Although James Cameron’s Avatar 2 film doesn’t yet have a set release date (it's due out this year), audiences can satisfy their excitement by attending the attraction after it opens on May 27.

Disney has been teasing different aspects of the much anticipated addition on its Twitter page, enticing fans with short clips of the Avatar universe and potential hints about the Pandora experience. Just last week they brought us all inside one of their rides, giving us an amazing first look. The brief video offers a sneak peek at the family-friendly Na’vi River Journey, complete with a bioluminescent forest and ethereal flora and fauna. The journey will take guests through the Na’vi forest on a boat, allowing their mystical environment to sink in as they venture towards a Na’vi Shaman, a figure who is deeply connected with the other-worldliness of Pandora.

We have yet to get a sneak peek of their other ride, the Avatar Flight of Passage, which gives guests the opportunity to ride on a Banshee over the world of Pandora. Hopefully we will have one soon!

Pandoran riverbanks are hotbeds for bioluminescent life. Leave the flashlight back at basecamp for night hikes. #VisitPandora pic.twitter.com/SMi6vA54GT