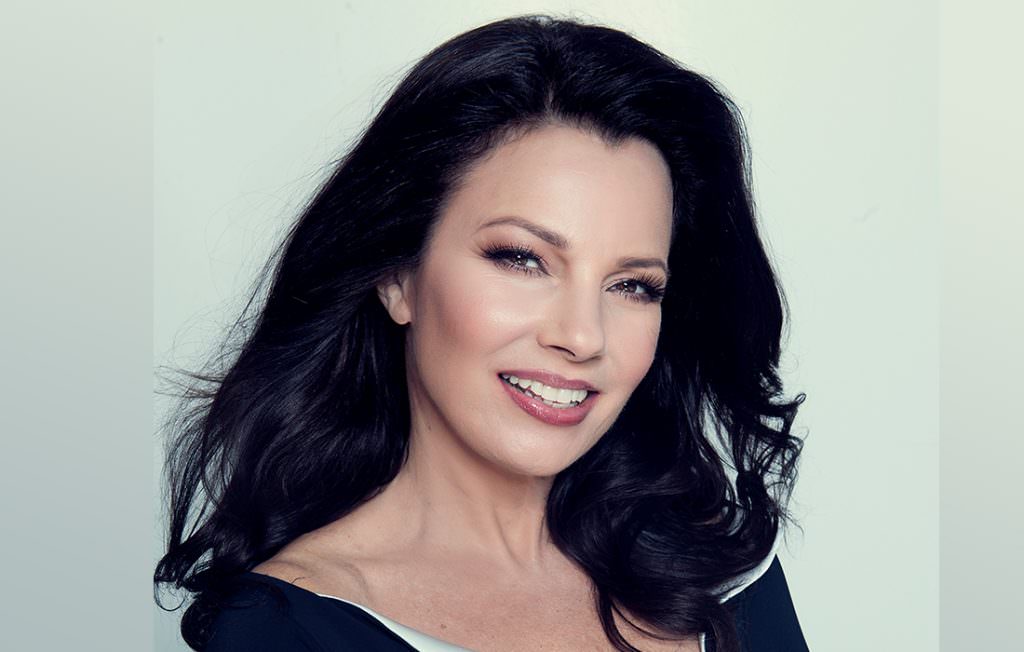 This month, we have been celebrating "reel women" whose drive, talent, and creative vision have shaped the landscape of film and television and inspired generations of artists who follow. We had a chance to sit down with one of the women who paved her own way in Hollywood, created a sitcom classic, and brought to life one of the most iconic television roles of all time. In the tradition of Lucille Ball and Mary Tyler Moore, Fran Drescher created a character so memorable that she carried an entire series. Drescher gave us the story behind her creative inspiration and also caught us up on her new passion – fighting cancer before it starts.

A generation of kids grew up wishing that Fran Fine from The Nanny was their own live in babysitter. Her style was fabulous and daring, her New York style street smarts were her own special kind of magic, and she was just plain fun to be around. Drescher is every bit as enchanting in real life as you always hoped. Bright, inspiring, and attentive, she truly can whip up the solution to your troubles in the length of a TV episode. Also, the Queens accent isn’t put upon and if you really get her going, she’ll let slip one of her famous raspy and intoxicating laughs. 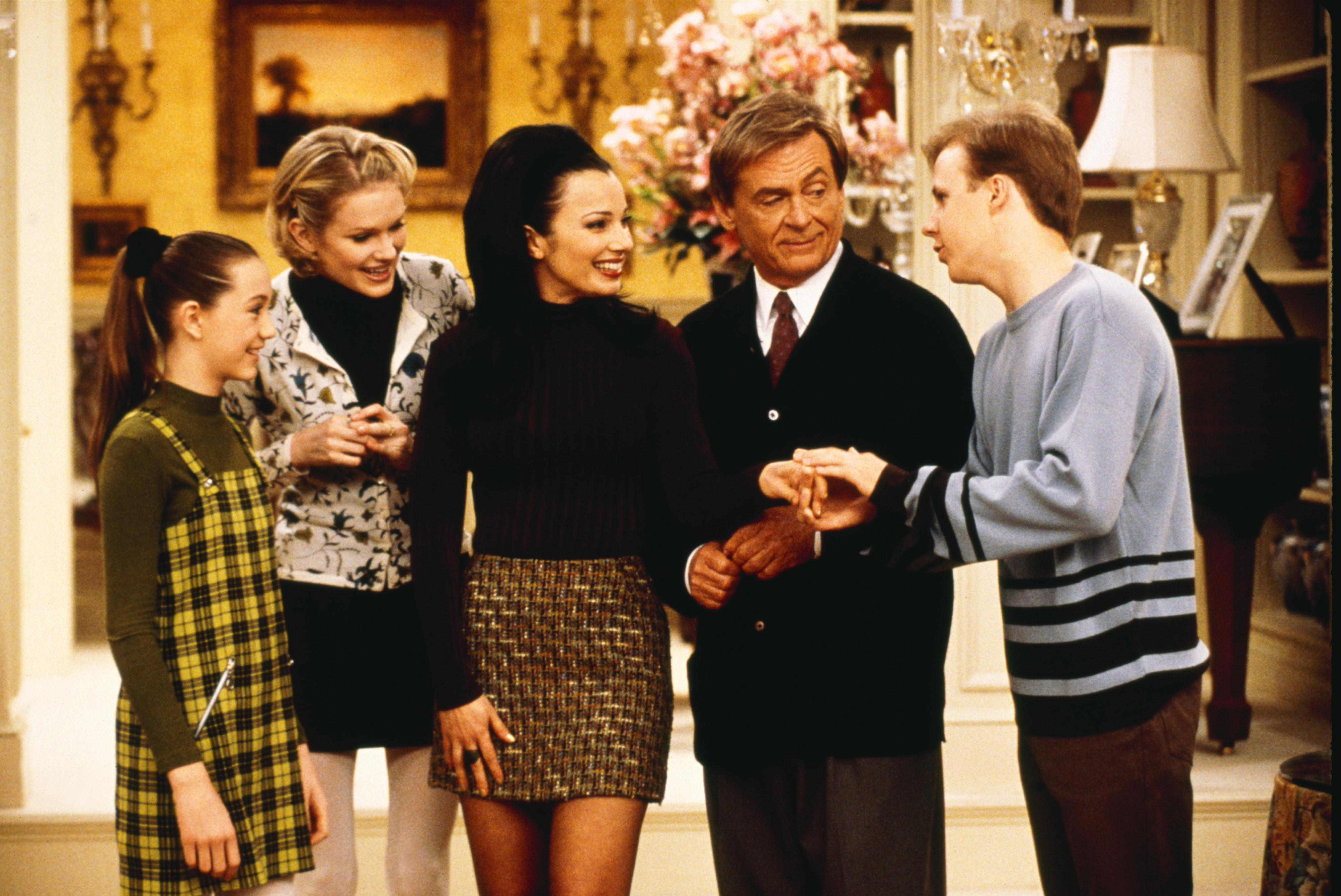 A celebrated actress and producer, a New York Times bestselling author, and a women’s health advocate, it seems Drescher was always destined for stardom. Her journey, however, has never been an easy one. She has always made her own opportunities and that doggedness even saved her life when she was diagnosed with cancer at a young age. Her Hollywood career is a testament to what happens when talent meets determination and now she’s using her famous voice to teach women how to prevent and detect cancer.

Drescher traces her go-getter attitude back to a single audition early in her career. As a teenager, her family lived two buses and a train ride away from Manhattan. After making the trek one day, she realized she had regrets about her performance. “I went up on an audition and I don’t know what they wanted me to do, but I felt stupid doing it at the audition,” Drescher recalled. “I sabotaged myself. Coming home, I thought to myself, ‘This feeling of regret that I’m not making the most of it is worse than just doing it. What’s the point blowing out my hair, putting on my make-up, picking out the outfit, schlepping all the way there, and then being self-conscious and not doing a good job?’ And I didn’t get the job!”

That typical teenage embarrassment that most people try to forget became a turning point for Drescher. “I said, ‘Never again. Carpe diem.’ Because I don’t like this feeling of regret. And that one experience became a life lesson for me.’”

Years later, destiny presented Drescher with the perfect opportunity to test her philosophy. She had been a working actress bouncing between commercials and TV pilots for nearly a decade. Always cast as the “third banana funny neighbor,” she knew she could carry a lead role, but was never given the opportunity. Drescher recalled she nearly quit acting. “I was doing the last lousy pilot that I would ever do for the money. I was praying that it didn’t get picked up, because then I would be trapped in this horrible show. I saw these mistakes being made. I know more than these writers and producers that were making the show. I made myself a promise that if I don’t get into the business in a very significant way where I have some say in my destiny, then I’m going to get out.” 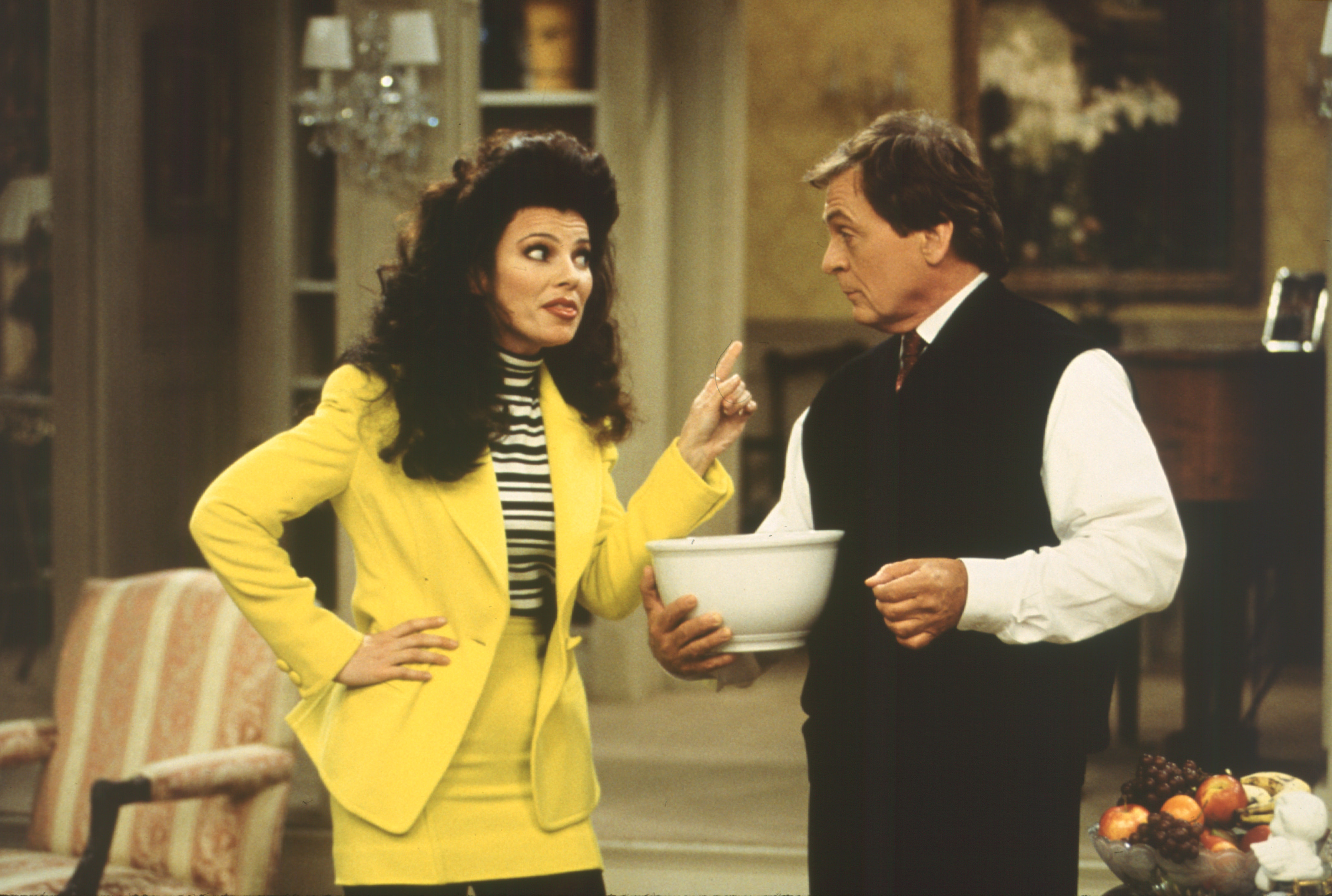 After Princesses was canceled in which Drescher costarred with Twiggy – “the one and only” – and Julie Hagerty, she took a break. A friend invited her to the south of France and although she was hesitant, she decided to make the voyage. “At that point, I was not really as independent as I am now,” Drescher confessed. “I was still fighting my demons, afraid to be alone. I was just at the point where I was recognizing this as a hindrance and I was pushing my boundaries. I said, ‘Pilot season is over and I’m not going to work again for another couple months. I’m going to go.’”

Drescher scraped together her frequent flier miles from the now defunct TWA and found she had just enough to fly first class to Europe. Fate stepped in and sat her next to then President of CBS Entertainment, Jeff Sagansky. “I ran into the bathroom to put my make up on,” Drescher recalled. “I’m powdering my face saying, ‘Carpe diem, carpe diem.’ When I walked out, I started talking to him. He was a captive audience, because where was he going to go?”

Sagansky was inevitably charmed and initially offered to find a role for Drescher on a developing pilot, but she insisted her own writing was better suited to her talents. Her persistence paid off and Sagansky agreed to schedule a meeting with the CBS Development team upon her return to LA to pitch a television pilot.

Drescher’s only remaining hurdle was to think up a plot.

Life would soon provide one. France wasn’t the relaxing trip Drescher had envisioned as her friend’s toddlers were frequently screaming and the visit was short lived. She was instead invited to London by former cast mate Twiggy and she immediately accepted. “Twiggy and her husband were busy working,” Drescher recalled. “Here I am in London. It’s a big city, very overwhelming for me. I’m trying to push my boundaries, so I start schlepping their little daughter with me. She’s an 11 or 12-year-old proper little British schoolgirl taking me around to all the sites of that I want to see. All of a sudden she says to me, ‘Oh Fran, my new shoes are hurting me!’ So I said to her, ‘Honey, step on the backs of them!’ She says, ‘Won’t that break them?’ I said, ‘Break them in!’” 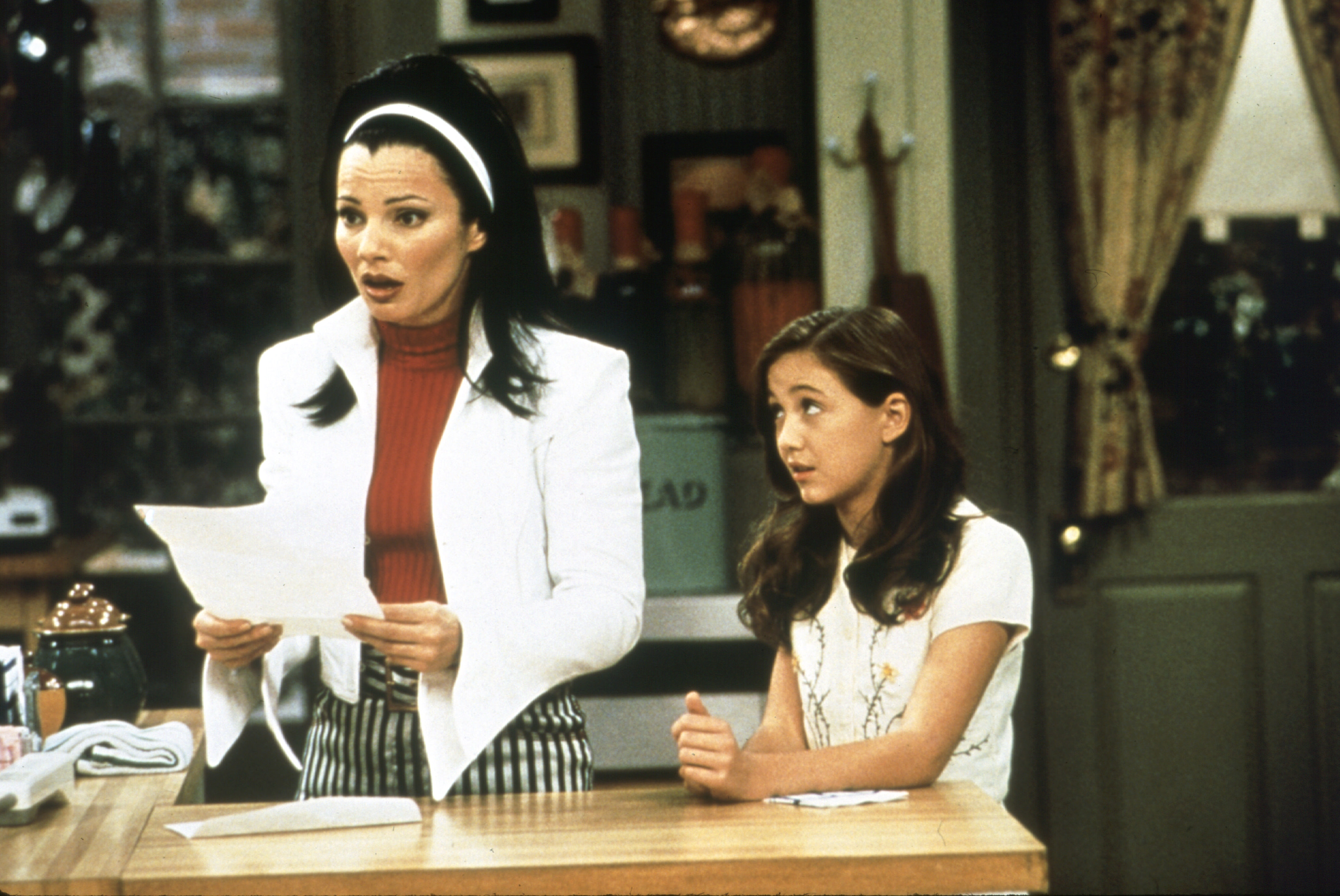 In that moment, Fran Fine was born. “I couldn’t get this relationship out of my head. I called [then husband] Peter [Jacobson] and said to him, ‘I think I found the idea to pitch to Jeff when I come home. What do you think of a spin on The Sound of Music only instead of Julie Andrews, I come to the door!’ He thought for a minute and he said, ‘That’s it, that’s the one we’re going to pitch.’ The rest is history.”

That history was a six-season television hit that became a classic and found international syndication for years to come.

It was no doubt a Hollywood ending, but in 2000, Drescher was forced to not only become an advocate for her career, but also for her health. After two years of misdiagnoses, Drescher learned she had uterine cancer and underwent a radical hysterectomy. “I realized misdiagnosis and mistreatment runs rampant in this country and happens to a lot of people. Unfortunately for many people, the result is a late stage cancer diagnosis.”

Drescher kept her positivity and wit throughout the harrowing experience and turned it into New York Times bestselling book "Cancer Schmancer" that later became an entire movement. She has done exhaustive research and is extremely articulate about the need for prevention and understanding the causes of cancer. She also uses that New York street sense to cut right to the point. “I find that Western medicine is very reductionist,” Drescher said. “They try to fix the spot in your body that’s broken, but they don’t look at causation. Over 95% of cancer is environmentally stimulated. So to not start asking the question ‘What is causing the cancer?’ is so archaic and dark ages. I can’t even deal.”

Cancer Schmancer now helps women and families identify cancer-causing toxins in their home, recognize early signs of cancer, and the organization even lobbies legislators in Washington. You can even take an evening cruise around a New York harbor to support the cause. “It’s one of those clubs nobody wanted to be a part of,” Drescher said. “We get recruited without our consent and then we have to play the hand that has been dealt to us, and we have to play it as elegantly and courageously as we possibly can. We turn lemons into lemonade and turn pain into purpose.”

That is exactly what Drescher is doing. She has brought joy to millions of fans and her spirit is contagious. Just like every good sitcom, Drescher overcame incredible challenges with creativity and humor and found a happy ending. “This has been an amazing ride," she said. "I wouldn’t wish this on my worst enemy, but I am better for it and sometimes the best gifts come in the ugliest packages.”