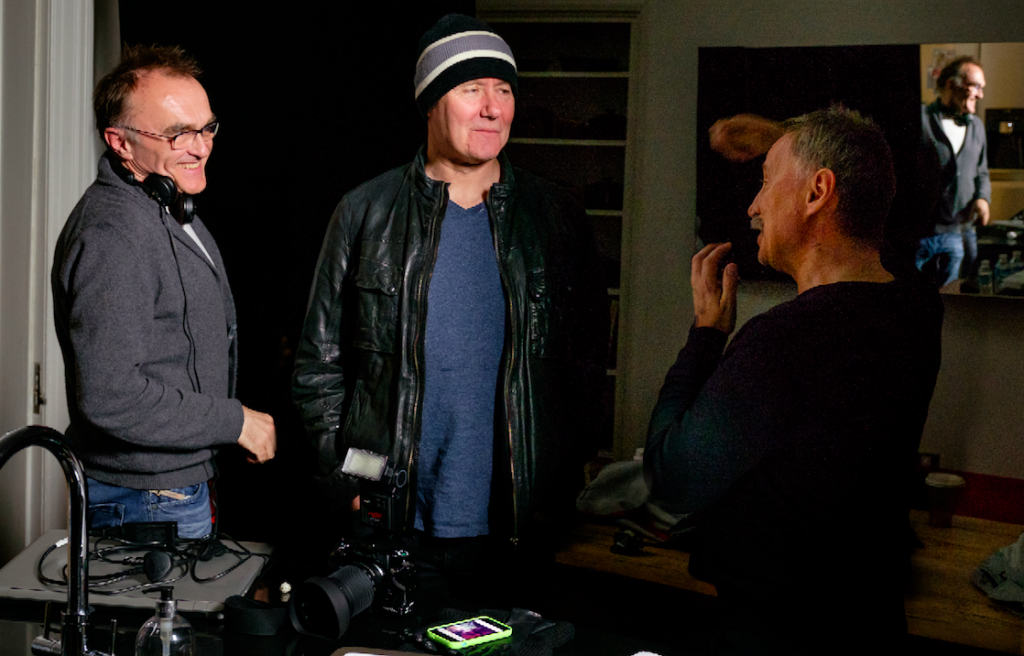 There’s no lack of sex, drugs and rock ‘n’roll in T2 Trainspotting. The long-awaited sequel to director Danny Boyle’s darkly comic and stylized ode to youthful anarchy and heroin addiction that shook the cinematic landscape in 1996 lands in U.S. theaters on Friday. The Scottish gang of four as well as the actors who brought them to life are all back – Ewan McGregor’s scampish Rent Boy, Jonny Lee Miller as con man Sick Boy, Robert Carlyle as psychopath Begbie and Ewen Bremner as sweet, slow-witted Spud. But their lust for life has diminished somewhat as middle-age malaise strikes deep and the return of McGregor’s Mark Renton to Edinburgh, after he was last seen absconding with thousands of pounds in  ill-gotten drug money, has re-awakened long-held grudges among his old mates.

As for Boyle, now 60, he went on to make a couple of flops (1997’s A Life Less Ordinary, 2000’s The Beach), directed a Best Picture Oscar winner (2008’s Slumdog Millionaire) and nominee (2010’s127 Hours), as well as serve as the ringmaster behind the mind-blowing opening ceremony for the 2012 Summer Olympics in London. He talks about why he decided to make his first and only sequel and what it was like to reunite with the actors who are now seasoned pros.

You attempted to make a follow-up to Trainspotting 10 years ago or so. But it seems like it has more reason for existing now that the main characters are in their mid-40s. While the original was a crazy adrenaline rush, the sequel mostly reminds me of how sad and often comical it  is when adults – especially men – can’t let go of the past.  As Jonny’s character says about Ewan’s Renton, he’s “a tourist in his own youth.”

Everybody was concerned about going back to something like this. You have to have a good reason to do it. You can’t simply rehash it or do it cheaply or superficially. We did try earlier but we came up with something that was too easy. It was the pain of what that 20 years does to you, that was the protein of it. It was true for all of us. The four of them as actors, none had children when the first one came out, but they are all fathers now. Middle age is an awful term. The French don’t have an expression for it. Instead, they say that you move from the old age of youth to the youth of old age.

Why did you choose the title T2 Trainspotting? Did you want to echo Terminator 2, which often went by T2?

There is a long story behind that. When the studio came on board quite early on, they insisted on calling it something else that did not use Trainspotting in the title. They didn’t want all the talk around the film to default to it being a sequel. The original title was The Least Unfamiliar. It referred to how you have no one to go to but those you are the most familiar with. But we knew we would eventually call it something to do with Trainspotting. If you ask these characters what their favorite sequel ever would be, they would say T2. Their using it would both honor James Cameron and piss him off.

Did you have to get Cameron’s permission?

No, apparently. It is not a registered title.

Compared to the women in this film, the men have yet to get their acts together.

The thing we discovered acutely more than anything else is how much better women age than men. Men hang onto the past for too long. They use it as an excuse to behave like they did before. It’s a cliché.

You used three Iggy Pop songs – Nightclubbing, The Passenger and, most importantly, Lust for Life, which was co-written by David Bowie  – on the soundtrack for the first film, It certainly raised his profile and cool factor. You smartly reprise Lust for Life in several ways in T2. Did Iggy and you ever talk about how the film affected him?

We spoke quite extensively and it was an extraordinary conversation. Not only was he aware of the first film, he knew Irvine Welsh’s book. We discussed how there might be a scene where Iggy gives a modern-day concert. He remembered the chapter in the book when Tommy (who dies in the first film after contracting HIV from sharing needles) goes to a concert in Glasgow and makes a spiritual connection with his idol. The same way I had a spiritual connection with my idol, Jimmy Page, when I thought he looked at me once. Iggy also remembered the chapter when Tommy says that Scotland takes drugs as a psychic defense. He supported the remix of "Lust for Life" by The Prodigy.

You haven’t directed a sequel before, though you were a producer on 28 Weeks Later, which came after 28 Days Later.  Why did you agree to this one?

There was a lot of talk of about turning Slumdog Millionaire into a stage musical. My own tendency is to try to set myself with a real challenge each time and raise my game. The danger with a sequel is there is complacency involved, that you know how to do this because I did it before. I like feeling the unknown. It was the 20-year gap that made it sufficiently unknown. That is the challenge. To make two films that speak to each other. And make it stimulating for the audience that has had experience with the subject.

Probably the most important detail to nail down was getting all the original actors back together. They have a few more wrinkles, but they have preserved themselves pretty well.

When someone tells Renton, “You’re looking well,” he responds, “Everyone says that.” But inside he is having a terrible crisis. Robert was quite handsome in the original film. But Begbie starts off in prison in T2, and you can put on a lot of weight there because you eat really bad food and don’t exercise necessarily. And you just drift into bad health.

Plus, they all are much more experienced now as performers. You and Ewan had a falling out after you used Leonardo DiCaprio as the lead in The Beach instead of him. But you kissed and made up about seven years ago.

You can feel the richness of all their experience. They properly know what they are doing and have an appetite for it as well. As for Ewan, he very generously presented me with a Britannia Award in 2009 for directing. It was gracious of him and wonderful to be back together. It was very easy to work with him again.

You worked with Robert again for The Beach and 28 Weeks Later. And Jonny was in your London stage production of Frankenstein. And Ewan did your first film, Shallow Grave, along with A Life Less Ordinary.

Poor Spud. He was furious we never did anything else with each other. Until now.

You must be very happy for your Slumdog Millionaire discovery Dev Patel and his Oscar nomination for Lion. That film is sort of a companion piece to your film. And you also gave a career boost to Moonlight nominee Naomie Harris after casting her in 28 Weeks Later and in your Frankenstein production.

I am so proud of the two of them, to see them step into the limelight like that. I missed the show itself since it was airing in the middle of night. But when I woke up, I learned about the mix-up that happened with Best Picture. I thought they dealt with it brilliantly.

What are you doing next? I read that it was an FX series, Trust, about the wealthy Getty family.

We are hoping to cover five decades of this American dynasty that will take place in London and Italy. It is a  massive undertaking with a few lawyers and real family members involved. We hope to do it over five years.

You are also producing the film Battle of the Sexes, with the newly-Oscared Emma Stone as Billy Jean King and Steve Carell as Bobby Riggs. directed by Little Miss Sunshine’s Jonathan Dayton and Valerie Faris.

Emma is unrecognizably brilliant as King and you will be amazed by Steve Carell.

Ultimately, what do you hope that audiences take away from T2?

I hope that people take away some pleasure from reuniting with these characters and having this rare opportunity to revisit something like this.

T2  Trainspotting comes out in New York and LA on March 17, and expands on March 24.