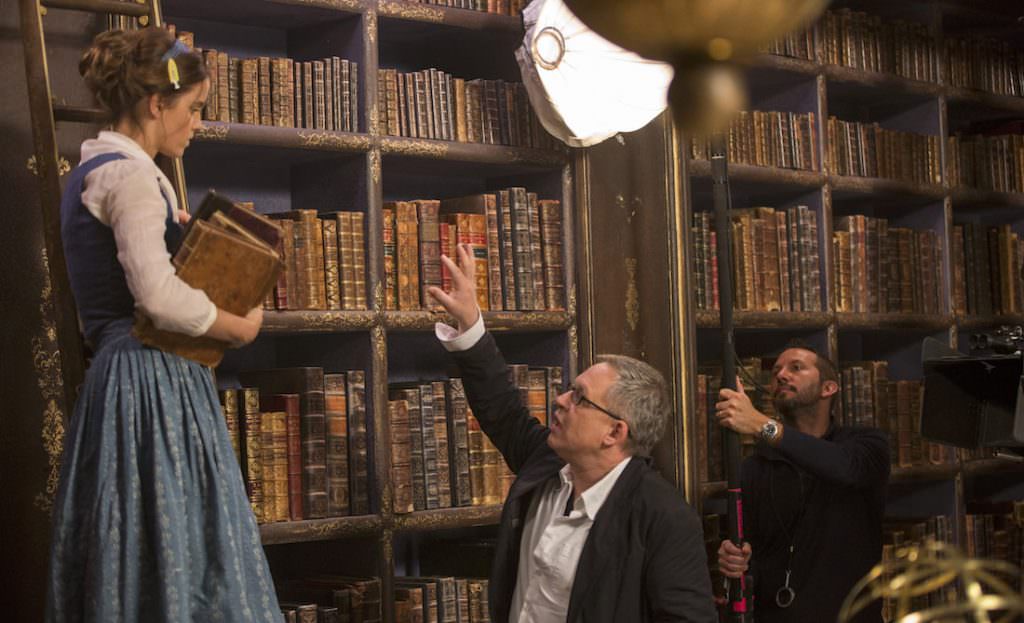 Chatting With Beauty and the Beast Director Bill Condon

Disney’s Beauty and the Beast, which opens this week, is  a many-splendored thing. The studio’s latest supersized live-action 3-D rendering of an animated classic is a digitally gilded feast for the eyes. It’s also a family blockbuster  that provides Emma Watson with her best acting showcase since the Harry Potter franchise. And this brand-name fairy tale about a romance that blossoms between spirited bibliophile Belle and a rage-filled prince turned into a hulking creature by a curse is poised to become a box-office record breaker if pre-sales and trailer views are any indication.

But the new version of 1991’s Beauty is also the first big-screen musical spectacle to take advantage of the genre’s latest re-awakening thanks to La La Land, the colorful Oscar-winning ode to melodic entertainment that pays tribute Hollywood’s song-and-dance golden age.

The studio couldn’t have recruited a better director to guide this 21st-century Beauty and the Beast, which also was Disney’s first Broadway adaptation of one its tune-filled ‘toons back in 1994, to a more contemporary level: Bill Condon, who wrote the Oscar-nominated adapted screenplay for the 2002 best-picture winner Chicago and was the helmer behind 2006’s Dreamgirls, which earned eight Academy Award nominations that resulted in two wins.

As for handling the massive array of special effects, Condon got a full education on the subject after directing the two-part Breaking Dawn finale of the Twilight series.

When the filmmaker first saw the original Beauty 26 years ago, “I loved it because it brought back the musical. It was a desert at that time for such movies, and it provided all the pleasures found in classic Hollywood musicals. It wasn’t just for kids. I saw it as an adult and it spoke to me.”

In fact, he used the score by Alan Menken and the late Howard Ashman that is built around such signature melodies as the operatic opener Belle, the showstopper Be Our Guest, the boastful drinking song Gaston and haunting title theme as his creative entry point to the re-imaging. “I went through it and not one song is extraneous,” Condon says. “It’s such a tightly told story.”

He also decided to heighten the emotional power by adding new numbers written by Menken and Tim Rice (Aladdin, The Lion King). They include the ballad Evermore performed by Downton Abbey’s  Dan Stevens as the Beast, Days in the Sun sung by such chatty household objects as Ewan McGregor’s French-accented candelabra Lumiere and Ian McKellen’s fussbudget mantel clock Cogsworth, and How Does a Moment Last Forever, a delicate music-box tune delivered  by Kevin Kline as Belle’s dad, Maurice.

As Condon has noted, “I think this song really sits beside the originals in that you can’t get them out of your head.”

That is especially true when it comes to Be Our Guest, the number referred to as a “culinary cabaret” in the lyrics that once again borrows from the intricate choreography of Busby Berkeley musicals of yore. However, this version is more like Busby Berkeley on steroids as high-kicking utensils perform in a chorus line and fine china plunges into water like Esther Williams. To further up the referencing ante, Condon made sure to sneak in movie musical nods to Cabaret,Chicago, Ethel Merman, Singin’ in the Rain, Martha Graham, West Side Story and Les Miserables. “We even have a Bollywood ending,” he says.

The whirlwind result is bound to leave audiences breathless and possibly moved to applause – something that occurred during screenings of Dreamgirls after Jennifer Hudson, who won a supporting Oscar for her film debut as Effie White, got done blasting through her thunderous rendition of And I Am Telling You I’m Not Going.

Then again, it is not just the song but the singer – and trying to match Angela Lansbury as teapot Mrs. Potts as she sweetly intones Beauty and the Beast is no easy task. But Emma Thompson does a spiffy job paying homage to the well-known cartoon rendition. “She came to us right after doing a sold-out run of Sweeney Todd as Mrs. Lovett in London and told us, ‘I only do Angela Lansbury parts now.’ Who else holds such a warm spot in our culture?”

Condon also pumped up the action-filled climax that unfolds atop the Beast’s gothic castle with its looming turrets, crumbling buttresses and creepy gargoyles that recall both Frankenstein and The Hunchback of Notre Dame.

Much like Kenneth Branagh’s live-action Cinderella, there is a welcome diversity among the cast members that was not featured in the animated releases. That includes Broadway dynamo Audra McDonald as Madame de Garderobe, a large wardrobe, and Gugu Mbatha-Raw (Belle and Beyond the Lights) as coquette-ish Plumette, a bird-like feather duster. They both end up sharing interracial kisses onscreen with their love interests once they return to human form.

“The people who live in the small French village where Belle grew up don’t realize that they aren’t all the same,” Condon says. “They are under a spell of conformity, where everyone does the same thing every day.” That is why Belle, who is more keen on reading and getting to see the world than she is in finding her prince, is viewed as an oddball.

However, the one addition has raised a ruckus was the result of an interview that Condon did with British gay lifestyle magazine Attitude, where he touted “a nice, exclusively gay scene” involving Gaston’s comic-relief sidekick, LeFou (Josh Gad, the voice of Olaf in Frozen).  In the animated film, the fawning character was more of an abused punching bag for the burly, self-aggrandizing rogue (played in the reboot by Luke Evans).

But not only does LeFou harbor an unrequited man crush on his bully of a buddy, as evidenced by his effusive praise during the song Gaston. But near the end of the film, when LeFou has a change of heart and supports Belle and her friends, he finds himself suddenly dancing with a male partner – and liking it. Yes, there is a cross-dressing joke tossed in as well. But it all passes by in a blink.

After the social media began to oversell the news, an Alabama drive-in refused to screen the movie, there has been a call for a Christian boycott and Russia decided to place a restrictive adult rating on the movie that won’t allow kids under 16 to see it.

All this is too much ado about LeFou, according to Condon. “I never intended to have this happen,” says the director. “It’s been overblown and is kind of beside the point. It is a tiny part of the movie.”