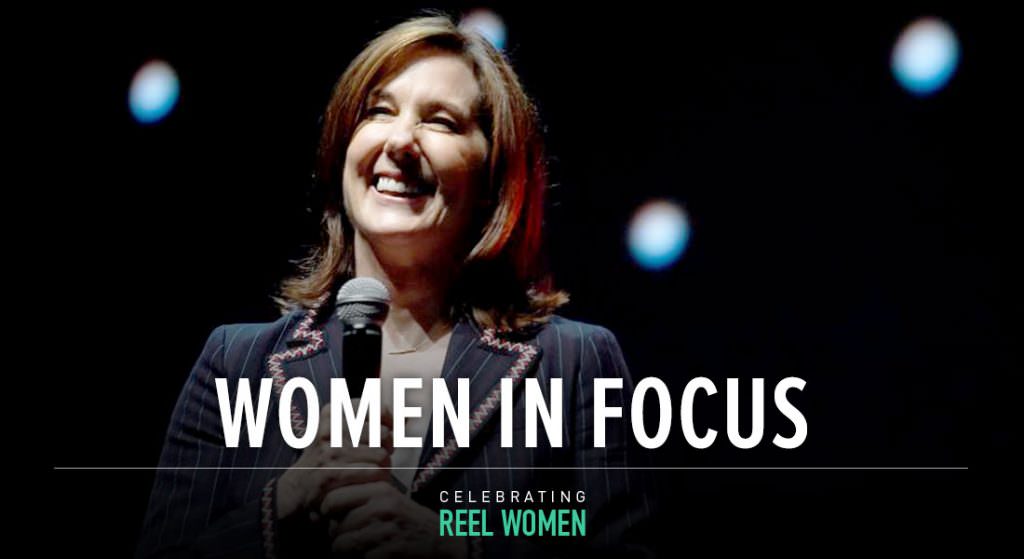 Meet the women who are calling the shots behind the scenes. We’re talking about the influential women who have produced some of the most entertaining movies and television shows to have ever hit the big and small screens. Sure, you may know about famous actresses who have made the leap to producers such as Reese Witherspoon and Drew Barrymore, but what about all the movers and shakers who are responsible for some of your favorite titles that you haven't heard of? We've got you covered.

Beyond Witherspoon and Barrymore, there are a number of women who were profoundly involved in major blockbuster films. Women like Kathleen Kennedy, president of Lucasfilm and one of the minds shaping the new era of Star Wars films. Kennedy has been the prime mover behind Star Wars: The Force Awakens and Rogue One: A Star Wars Story, both which have gone on to be critical and commerical smash hits. Her vision is helping shape this new era of Star Wars films so that the filmmakers involved feel the creative freedom to follow their visions. This was never more evident then when she urged Rogue One director Gareth Edwards to follow his initial instinct on how the film should end. Under Kennedy's leadership, the new films boast the most diverse casts we've seen in that galaxy far, far away, and she's helped break barriers for other women in the industry. Kennedy's been a major force in the film industry for years, co-founding Amblin Entertainment with Steven Spielberg and Frank Marshall, which developed some of the most iconic movies of all time, including E.T. the Extra-Terrestrial and Jurassic Park.

Diane Nelson, president of DC Entertainment and president and chief content officer of Warner Bros, is another prominent woman who is responsible for bringing The LEGO Batman Movie and The Dark Knight Rises to the big screen, as well as the long-awaited Wonder Woman.

The list of movies produced by women extends way beyond action and science fiction. Many women have brought beloved American stories, both true and fiction, to life. From Zero Dark Thirty to American Hustle, Megan Ellison, founder of Annapurna Pictures, is one of the great up-and-coming producers in the film industry, period. She has auteurs like Kathryn Bigelow and Paul Thomas Anderson bring their singular visions to the screen. Dede Gardner, president of Plan B Entertainment, helped get true and hugely important stories like Selma and The Big Short up on the big screen.

The above is but a small snapshot. Some of the women who have impacted the entertainment industry with films and television shows portraying diverse, compelling and absorbing stories include:

●Fran Walsh (The Lovely Bones, The Lord of the Rings franchise)

To continue our celebration of Women’s History Month, here are 50 of our favorite movies and shows produced by women and where to watch them – just a small sample of the incredible contribution women are making in film and television.