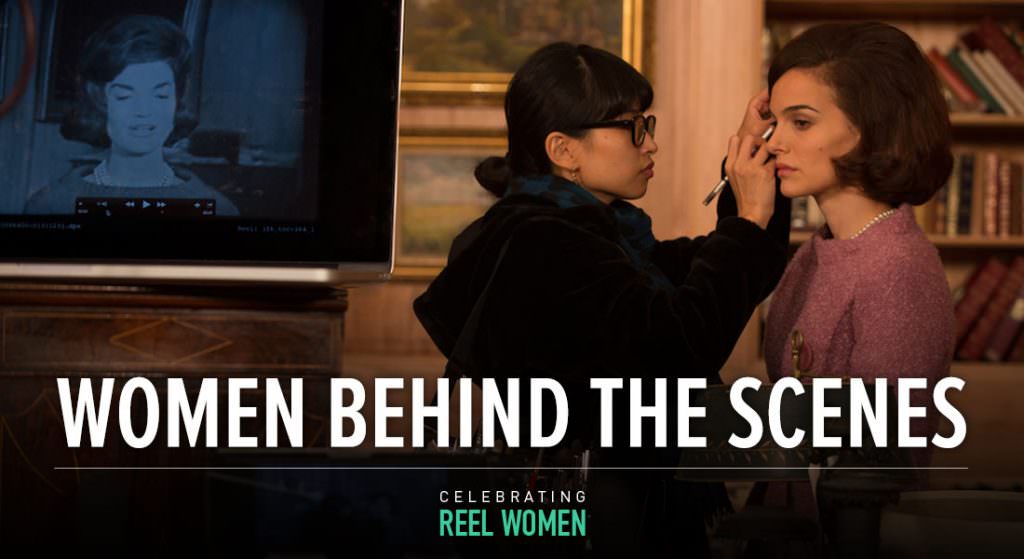 Celebrating Reel Women: Behind the Scenes

Women are responsible for some of the most powerful, thrilling and poignant films in the canon. From Moonlight to Mad Max: Fury Road, women are making their impact felt in all aspects of the filmmaking process, and today we look at their crucial contributions in a few specific roles, including as editors, costume designers, sound editors and production designers.

Take Blackfish, the horrifying story of whales kept in captivity, and Miss Representation, about the perception of women in the media: both movies encouraged the audience to think critically about social issues — and were created, directed and produced by women. Big budget franchises like Skyfall and The Bourne Ultimatum had women mixing and editing the powerful sound heard that makes watching the film an experience.

Trailblazers like Thelma Schoonmaker and Nora Ephron paved the way for women in the entertainment industry by writing, creating and editing relatable and complex characters in films. Schoonmaker, who has been Martin Scorsese’s film editor since his first feature film, has won awards for her editing in films such as The Departed and The Aviator. Ephron is best known for her sharp and funny portrayals of love and relationship in films like “When Harry Met Sally…” but she received her first Oscar nomination for telling the story of a nuclear plant whistleblower in Silkwood.

Women like Milena Canonero (Grand Budapest Hotel), Colleen Atwood (Fantastic Beasts and Where to Find Them), Madeline Fontaine (Jackie) carefully captured a moment in history or fantasy with the costumes they designed. Schoonmaker along with Joi McMillon (Moonlight) and Margaret Sixel (Mad Max: Fury Road) highlight award-winning film editing, while Karen Baker (Skyfall) and Karen Baker Landers (The Bourne Ultimatum) were responsible for editing the sound in some of film's most memorable action franchises.

Explore these and more of our favorite movies and documentaries created and produced by women and find out where to watch them by checking out our Watch List here.