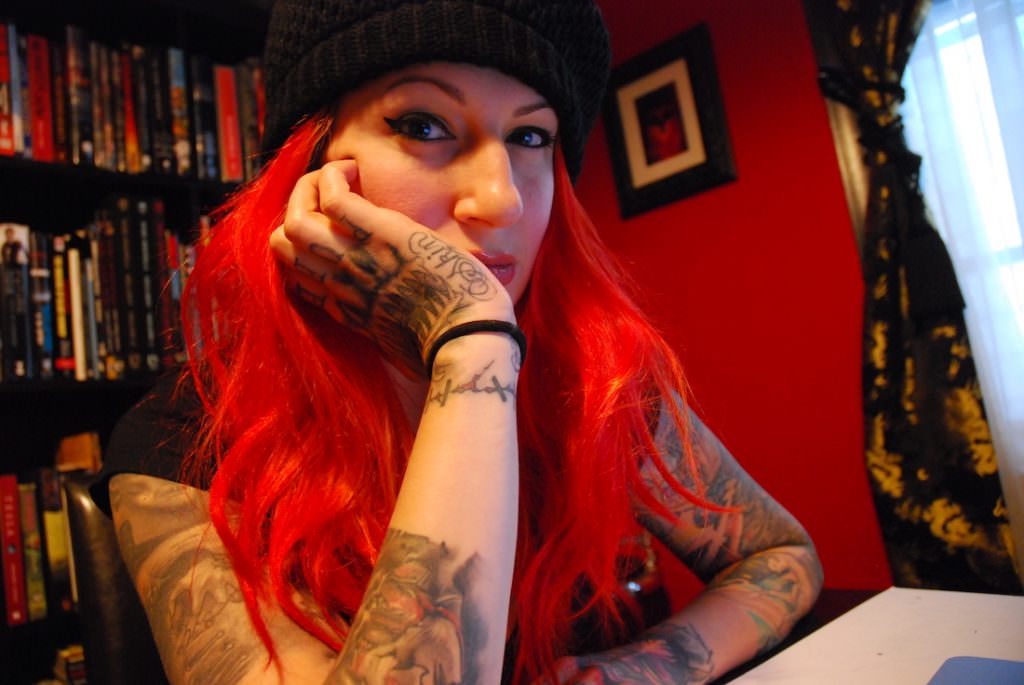 For about as long as the genre’s been around, women have played a large part in traditional horror storytelling. Whether it’s the virginal Mina in Tod Browning’s Dracula, beset by the hypnotic forces of the titular vamp, the tough as nails Sally Hardesty in The Texas Chainsaw Massacre or Rosemary, the helpless young mother at the center of Roman Polanski’s iconic demonic tale. But despite the fact that the genre’s provided pop culture with countless identifiable horror heroines – usually as victims of deranged male attackers – women have been largely absent behind the camera.

It’s a strange predicament when you consider the wider demographics of horror fans, and when it comes down to good old box office receipts, it’s hard to refute the fact that female moviegoers love horror films. As it happens, so do female filmmakers, who’ve begun to turn out in higher numbers each year to craft fresh new genre deconstructions and takes on traditional tropes. Jennifer Kent made serious waves at Sundance with The Babadook in 2014, an uncommonly terrifying twist on a ghost story that lyrically straddled the line from fantastical horror to psychological nightmare, with Kent giving just as much terrifying weight to the anxieties and emotional distress of its central young mother as to the creaking monster that besets her and her son.

There was Ana Lily Amirpour’s A Girl Walks Home Alone at Night in the same year, a sly, gothic vampire tale that passed along the horror villain mantle to a skateboarding, indie-rock listening, eyeliner-loving millennial who passes her evenings finding wayward and morally corrupt men to drain of blood. Julia Ducournau’s punk rock Raw is a visceral, cannibal coming of age tale that gained fast reputation for sending a few viewers at TIFF to the hospital thanks to its ever-creative and disturbing imagery steeped in feminist commentary.

“I’ve been a horror fan my whole life and I’ve worked professionally in the horror genre most of my adult life,” Vuckovic told me over the phone. “And one thing I can say for certainty after studying horror movies is that women have been historically misrepresented in front of the camera and underrepresented behind it.” In order to help make actionable change, Vuckovic and her production partner Todd Brown (who she refers to as the “white feminist male hero” behind the scenes) launched the project, with the only stipulation that each short must be directed by a woman, written by a woman and feature a woman in the lead role.

“That was four years ago,” Vuckovic continued. ”We’ve made this movie over three countries and multiple unions.” But things didn’t always go smoothly – some directors had to drop out due to their extensive commitments in television (another burgeoning field for talented female directors), and another, director Antonia Bird who gave voice to the cannibal classic Ravenous, tragically passed away during production. “She’s somebody that – when I saw her film – she was one of the few very visible people that I saw. I thought, ‘If she could direct a horror movie, maybe I can too’,” she added.

And there is the crux of the push for newer voices in horror and across all genres – representation. “There are so many people that need to see themselves represented,” Vuckovic said. “And while we do have this kind of great ‘final girl’ who emerged in the ‘80s, she’s still not a real person. We as women, know this struggle of watching a movie and realizing that none of the female characters are real people… We need kickass girl characters that aren’t just somebody’s girlfriend. When I was growing up, I didn’t have very many of those characters to look to. There was Ellen Ripley and that was it.”

Of course, women (at least in small numbers) have been behind the camera of the genre for decades. The gonzo slasher The Slumber Party Massacre was directed by Amy Holden Jones, the brutal American Psycho was helmed by Mary Harron, even John Carpenter’s iconic Halloween was co-written by Debra Hill, who helped characterize Laurie Strode as the tough and unstoppable icon she’s become. But it’s an inescapable fact that the genre’s fictional women have long endured decades of sexual exploitation and imaginative and degrading torture, so much as to perhaps give viewers of the genre the wrong-headed impression that horror is, at least in its most basic form, inherently misogynist.

It’s no wonder then, that given the chance in the indie film landscape, female directors are redirecting and repurposing the genre’s tropes, dissecting audience expectations and crafting new, startlingly refreshing on-screen heroines. “It’s not that there’s something different about us inherently,” Vuckovic clarified, “it’s just this perspective switch that gives us an opportunity to tell stories in a new way.” For a genre so often criticized for its formulaic approach, the “perspective switch” could be just what it needs to get bigger, better and riskier in an ever-competitive film landscape.

Fellow XX collaborator Karyn Kusama takes that idea a step further. “To me, it’s pretty clear that women’s lives are often frightening, often loaded with threat all the time,” she said on a recent episode of MTV’s Lady Problems podcast. “In a way I feel like we’re kind of ideal candidates to be unearthing stories about fear, about human vulnerability, about fighting back, about terror,” an idea the director’s explored in both Jennifer’s Body and her XX short Her Only Living Son, a playful but deeply dark speculative sequel to Rosemary’s Baby.

Whether or not this spike in female voices is indicative of a permanent rise or a simple trend is, as of yet, unknown. But with Raw director Julia Ducournau hard at work on a film about a female serial killer, Honeymoon director Leigh Janiak developing a modern remake of The Craft, and Vuckovic herself preparing to film the violent, post-apocalyptic queer romance Riot Girls, it’s hard not to wonder if a real move towards director parity is possible on a larger scale. “We have to keep creating,” Vuckovic noted. “One of the ways to battle anything is to make stuff. One of the things women need to do is help each other. It’s a complex problem. One movie is not going to change institutionalized sexism. But [XX] is our humble contribution to the process.”

XX is in theaters and available on demand now.