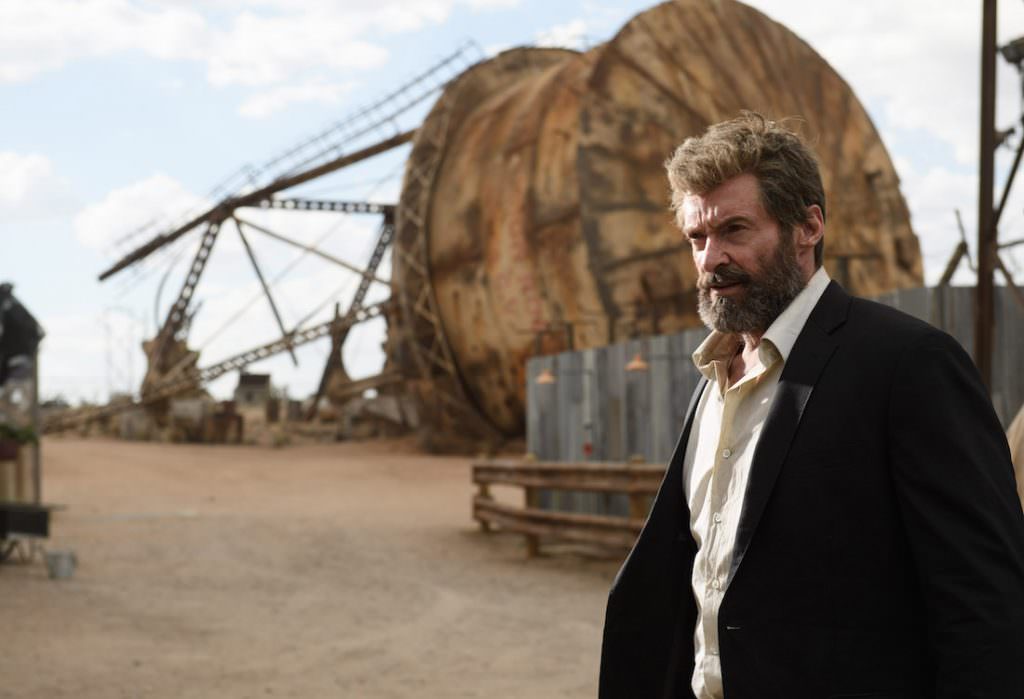 If you had 100 guesses for what crummy job good old Wolverine (Hugh Jackman) might have in the upcoming Logan, you'd likely never correctly guess the hellish employment he's found. He's not using his considerable strength in a construction job, nor is he engaged in any other kind of physical labor.

Not only is Wolvy’s job just about as bleak as it gets, the poor guy is desperately trying to buy a boat (no doubt to sail off into the sunset, for good), but that doesn’t seem to be going so well, either.

Have a look at the new clip from 20th Century Fox:

A limousine driver! Ferrying a bunch of rich people (who are filmed in such a way to enhance their obnoxiousness), the type of people Logan would have avoided at all costs in his previous life. What’s fascinating about the clip is, first, that it’s in black-and-white (suggesting flashback, perhaps?), and second, the way it’s filmed. The clip has a noir feel, and further exemplifies how director James Mangold’s film will introduce us to a Wolverine at rock bottom, one who can’t even count on his incredible regenerative abilities as even his mutant powers are on the wane.

Logan comes out on March 3.