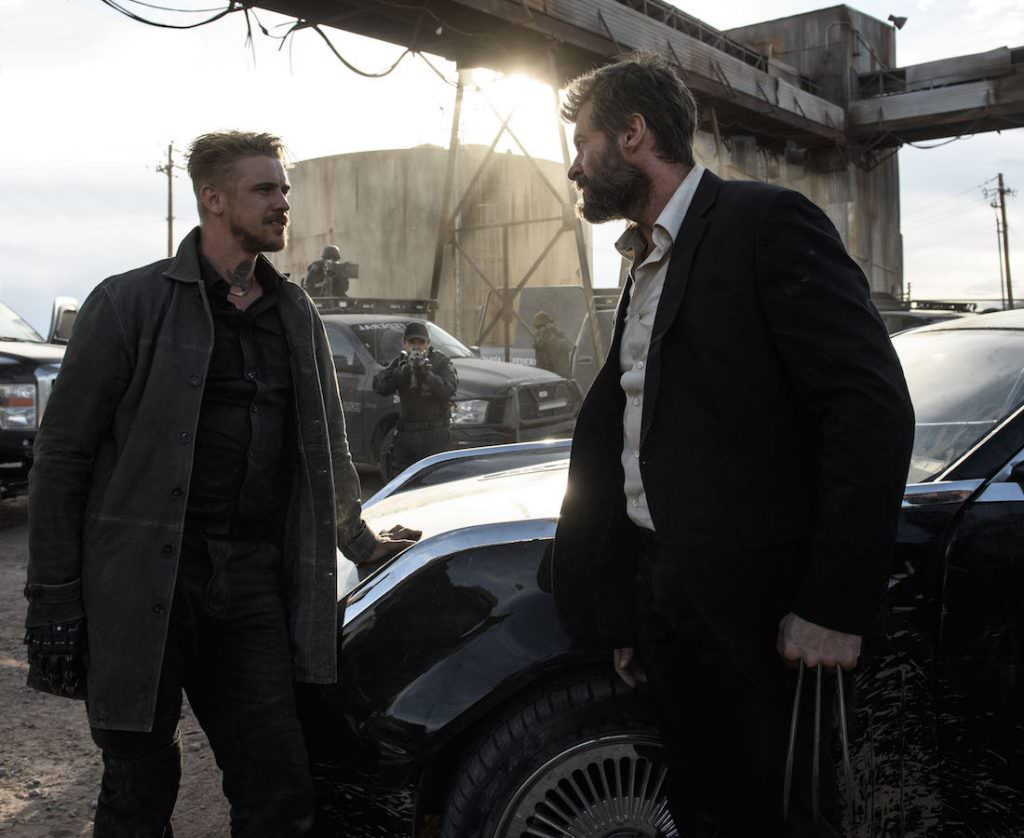 "As I live and breathe—the Wolverine."

This is Donald Pierce (Boyd Holbrook), meeting Logan (Hugh Jackman) for the first time in this new Logan clip. He’s come to see the old man (yes, Logan seems to be aging, and losing his powers) about a certain piece of “R&D gone bad.” That would be Laura (Dafne Keen), also known as X-23, the Wolverine clone who might be even more ferocious than he is, but who also happens to be a young girl, and one that Logan finds himself protecting.

Pierce is a cyborg himself (as you’ll see in this clip), the toughest of a tough bunch known as the Reavers. He’s the head of security for a larger, shadowy organization that is turning mutant children into killing machines. The story is set in 2024, with Logan hiding out with an ailing Professor X (Patrick Stewart) while all over the world; mutant births are in severe decline.

Director James Mangold and Jackman himself have spoken about how much grittier Logan will be. With diminishing powers (he can’t heal like he used to), Wolverine finds himself in a world with few allies and plenty of people who wouldn’t mind seeing him dead.

Logan comes out on March 3.

His time has come. #Logan arrives in theaters March 3. pic.twitter.com/0oNi06XUN5