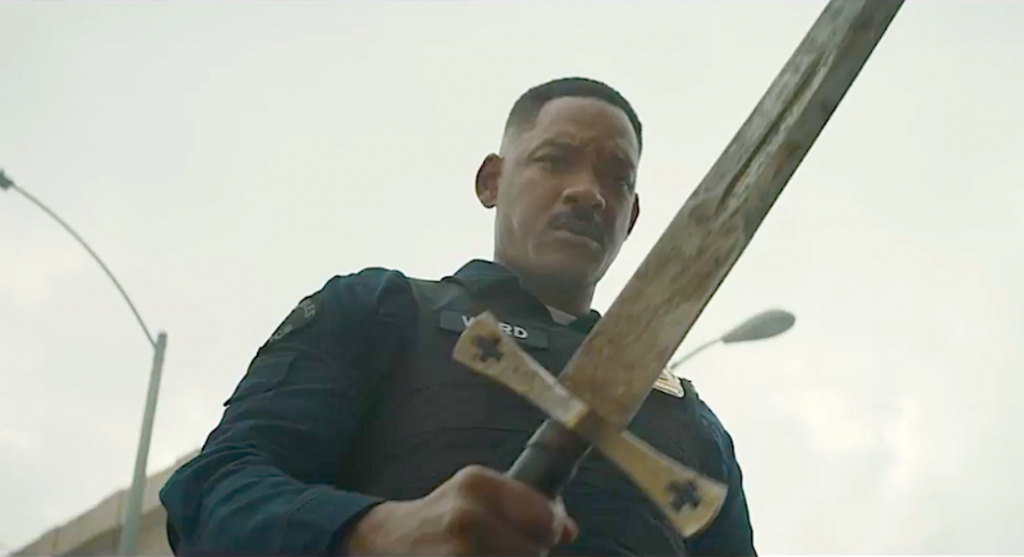 Viewers of the 89th Academy Awards last night were in for a few surprises— and not just the already infamous “Best Picture” flub. Netflix debuted the first trailer for its upcoming original film, Bright, which bends genres in a way most movies never attempt.

The crime/sci-fi/fantasy flick takes place in an alternate present in which humans, orcs, elves and fairies co-exist. It stars Will Smith (Men in Black) and Joel Edgerton (The Great Gatsby) as Ward and Jakoby, two cops with contrasting backgrounds who “embark on a routine patrol night and encounter a darkness that will ultimately alter their future and their world as they know it,” according to the trailer’s description.

Bright joins the small but growing list of drama films commissioned by Netflix after a handful of successful original television shows. Bright will be released in December. In the meantime, you can check out the trailer below.