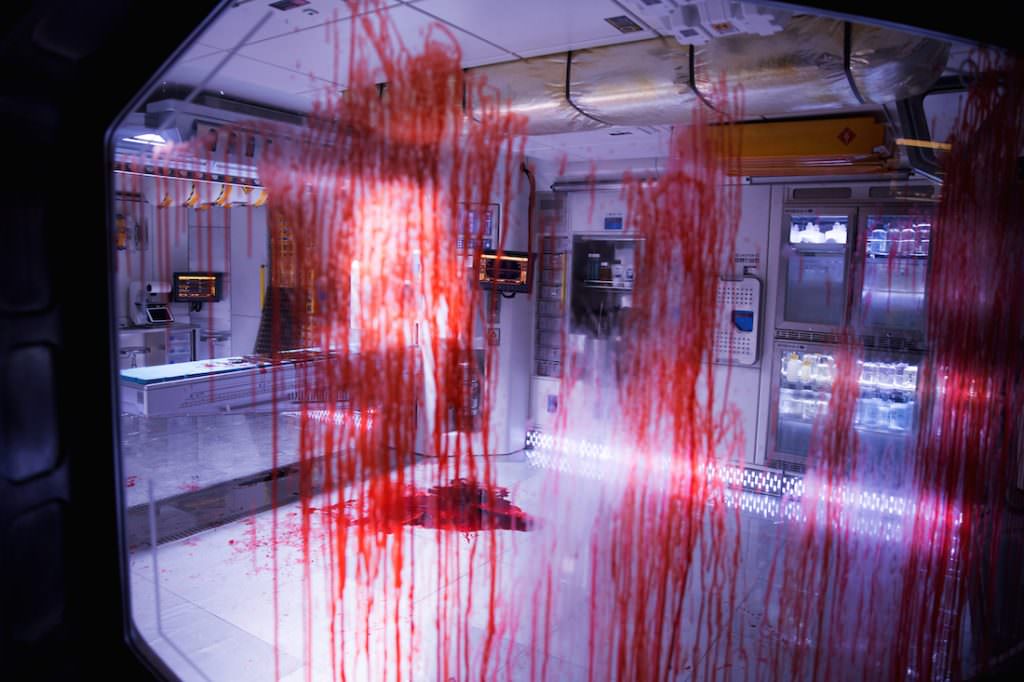 If you’re one of the many people who loves FX’s new X-Men show Legion, you may have caught this fantastic, nearly five minute long prologue for Ridley Scott’s Alien: Covenant. Eschewing any alien frights (well, save for one tense moment), the prologue introduces you to the crew of the Covenant before they enter cryosleep. Their mission is to colonize a remote planet and form a new human settlement. As they laugh, drink and goad each other, the crew believes they’re heading to an uncharted paradise on the far side of the galaxy. You’ll notice they’re made up largely of couples (save for Michael Fassbender’s android Walter), an understandable decision considering they’ll be tasked with populating the planet, among other things. But this is also a brilliant narrative touch considering you can be absolutely guaranteed the planet is far from a paradise, and what better way to make us care about what happens to them then by showing us this peaceful, loving prologue before they find themselves in hell. It’s reminiscent of Scott’s brilliant opening to the very first Alien, where we met the crew of bull collar truckers (who just happened to have spaceships for trucks) as they joke and drink and complain about the food.

This prolgoue, essentially a short film, was directed by Ridley Scott's son Luke, and likely doesn't show us anything from the film per se. What it does do is let us know who are main players are, and gives us ample reason to be intrigued. A brief look at some of the crew:  James Franco plays Branson, the captain of the ship. He's not feeling well, which is, ah, never a good situation for anyone in this series, but, this is early on in the flight, so perhaps he's just got a touch of the flu. Danny McBride, as Tennessee, appears to the pilot, a fun-loving, hard drinking crew member whose wife apparently can drink more than him. Demián Bichir's character is on board with his partner, the first gay couple to grace an Alien movie. Katherine Waterston's character seems to have a position of some importance, as Branson gives her the go-ahead to deliever a speech before they're all in cryosleep for ages. Fassbender is back, although now he's Walter (in the previous film, he was the nefarious android David), and the rest of the cast includes Billy Crudup, Carmen Ejogo, Amy Seimetz, Jussie Smollett, Callie Hernandez, Nathaniel Dean, Alexander England, and Benjamin Rigby.

The script is by Jack Paglen (Transcendence) and Michael Green (Green Lantern).

Alien: Covenant screenplay will open in theaters on May 19.