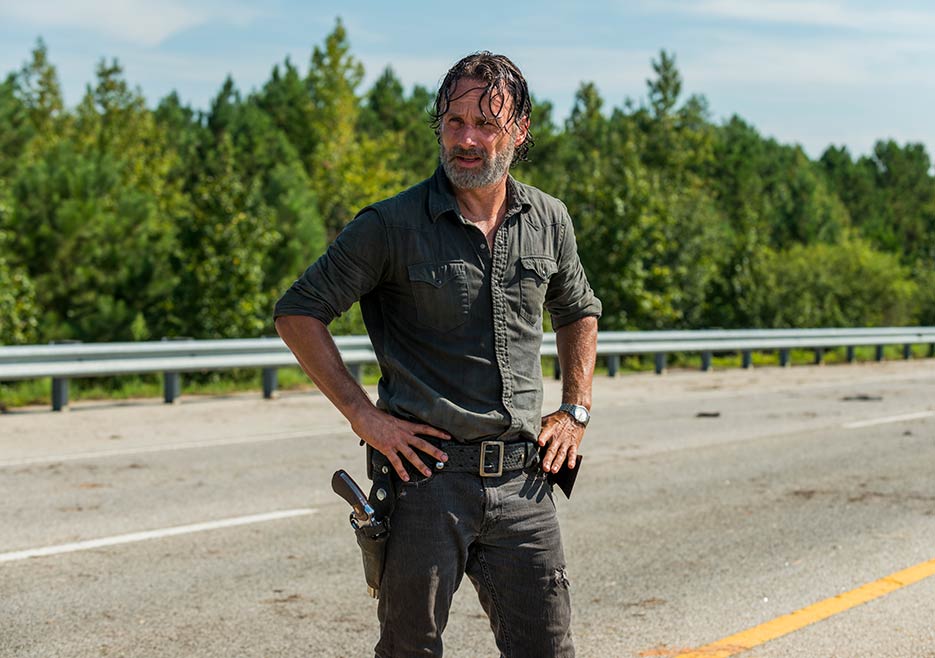 The Walking Dead Returns This Sunday

The resistance begins this Sunday. That is, for Rick Grimes (Andrew Lincoln) and the gang on The Walking Dead. With the show's return this Sunday on AMC (9 p.m ET/PT), we've been treated to an inside look at the upcoming second half of season seven and a new trailer.  Now AMC has released a new clip that shows just how deadly the Saviors are, and how much more firepower they have at their disposal:

The first episode of the second half of season 7 is “Rock in the Road,” which follows Rick and the group are led to a new community where a familiar face pops up. As we've written this week, the second half of the season is all about the growing resistance against Negan (Jeffrey Dean Morgan), but in order to defeat him and his Saviors, Rick and the group will need allies, weapons and supplies. This means Alexandria needs to join the Kingdom and the Hilltop in a concerted effort against Negan, but that won't be easy. The leaders of both communities, the Kingdom's Ezekiel (Khary Payton) and the Hilltop's Gregory (Xander Berkeley), aren't keen on fighting. Something tells us, however, that by the season's end, they won't have much of a choice.