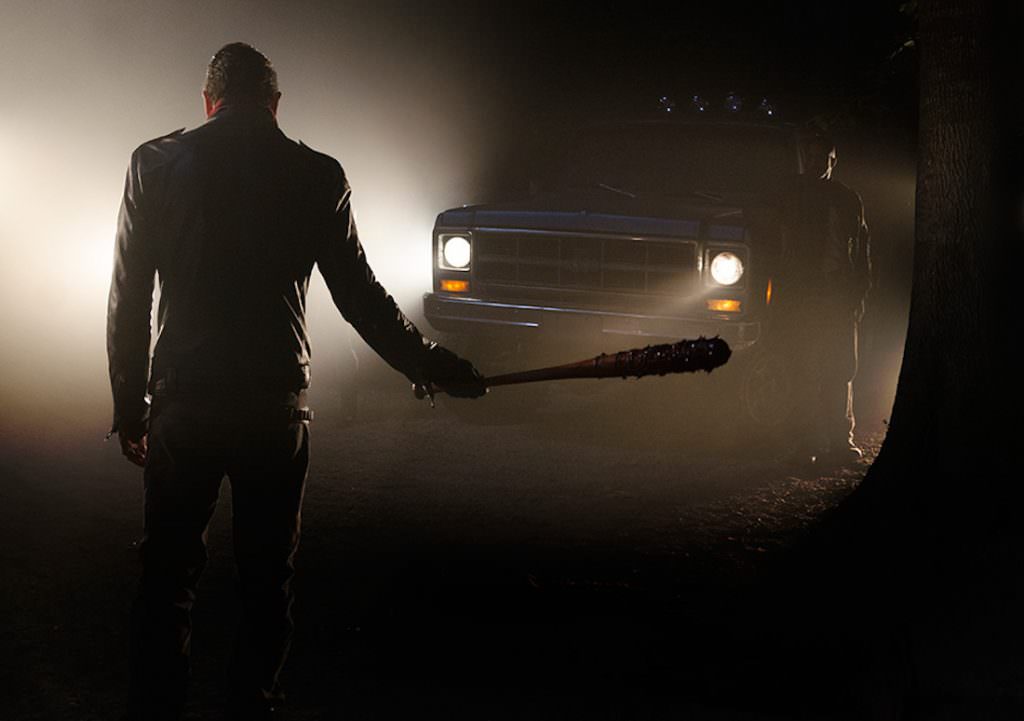 This past season of The Walking Dead was brutal. We watched our favorite characters deal, in their different ways, with endless, appalling trauma. After the sociopath Negan (Jeffrey Dean Morgan) ruled the roost, mocking, taunting and murdering the residents of Alexandria, the mid-season trailer promises that Rick (Andrew Lincoln) and company are ready to strike back.

After Negan monstrously killed Glenn (Steven Yuen) and Abraham (Michael Cudlitz), there was never going to be any true peace between him and our gang. Yet the first half of season seven was an extended display of bootlicking contrition on the part of Rick and his crew. The new trailer suggests that Rick and the surrounding communities realize that they what they have isn’t really a life so long as Negan and his Saviors are still alive.

"The first half of season seven was very much about these characters and the audience finding their way forward from an incredible trauma," showrunner Scott M. Gimple explains in the preview.

Andrew Lincoln says that the first half of season seven was about trying to staunch any further bloodshed at the hands of Negan while they figure out what to do next.

"[This season began] with a man being obedient, going out of his way and risking his life for Negan in order to preserve life in Alexandria," Lincoln says. "But throughout there are successions of moments that change his mind and it makes him realize that this is an untenable situation."

In the midseason premiere, ‘Rock in the Road,’ Rick will finally visit the Kingdom, where Ezekiel (Khary Payton) leads a peaceful village of sorts. It seems likely that the only way to defeat Negan and the Saviors is through a coalition of Alexandria, the Kingdom and the nearby community Hilltop.

Danai Gurira, who plays Michonne, says the episodes ahead are about "who you are in the wake of [trauma] and how you piece yourself back together."

We’ll give Negan the last word, out of respect. Jeffrey Dean Morgan says that Negan is really just getting started, and in the new episodes, things are “only going to get more crazy” as that the relationship between Rick and Negan nears “a breaking point.”

It wasn’t there already?

The Walking Dead returns on Sunday, February 12 on AMC in the US, with FOX UK airing the show a day later on this side of the pond.