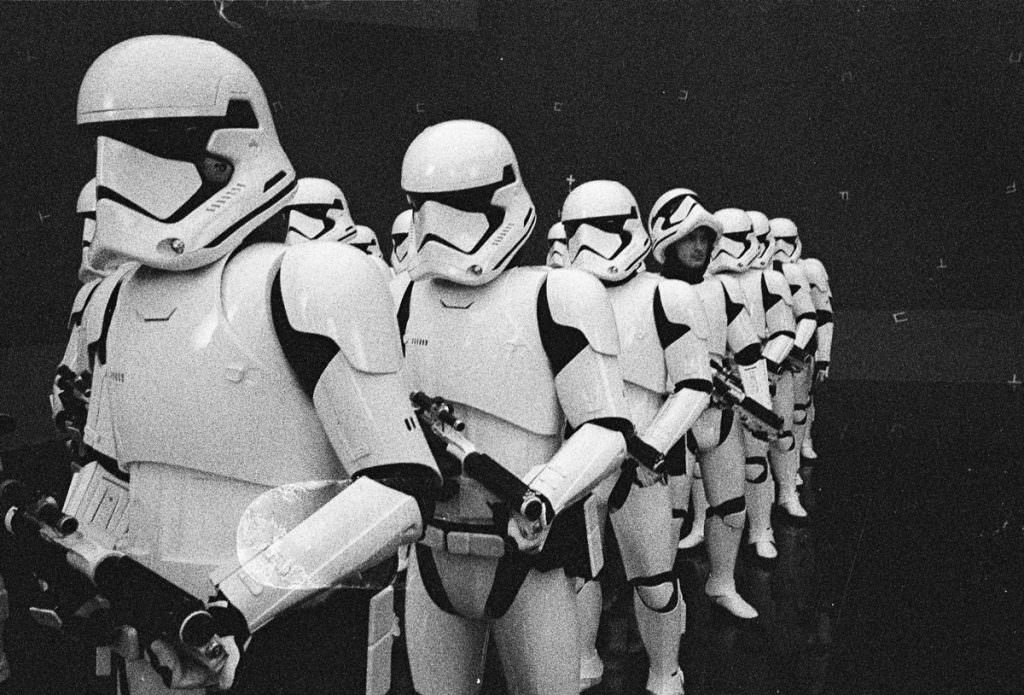 While pretty much the entirety of the Internet awaits the first trailer for writer/director Rian Johnson’s Star Wars: The Last Jedi, there have been a few developments we can report on.

The first is the above photo that Johnson published to his Tumbler and Twitter page. The behind-the-scenes shot of a phalanx of Stromtroopers is accompanied by the news that Johnson will be attending the Star Wars Celebration panel in Orlando on April 14. While they’re keeping specifics under wraps, there are high hopes that one of the things Johnson and Kennedy might reveal is the film’s first teaser or trailer.

Fans already noticed that the Stormtroopers seem to have undergone a bit of a design makeover (Johnson confirmed this), and also suggested that the Trooper without his helmet looks a little like a certain someone rumored to be in the film. No one on the film has confirmed or denied this.

As for those of you who like all that sweet Star Wars merch, you can put September 1 on your calendar, officially. This is when Force Friday II will be taking place, the orchestrated merchandise launch for the film that follows in the footsteps of the insanely successful launch for The Force Awakens.

Finally, here’s a song that Johnson and The Mountain Goats recorded about the Ultimate Jedi. Johnson Tweeted that they were joking around, but the acoustic song they recorded shall live on: