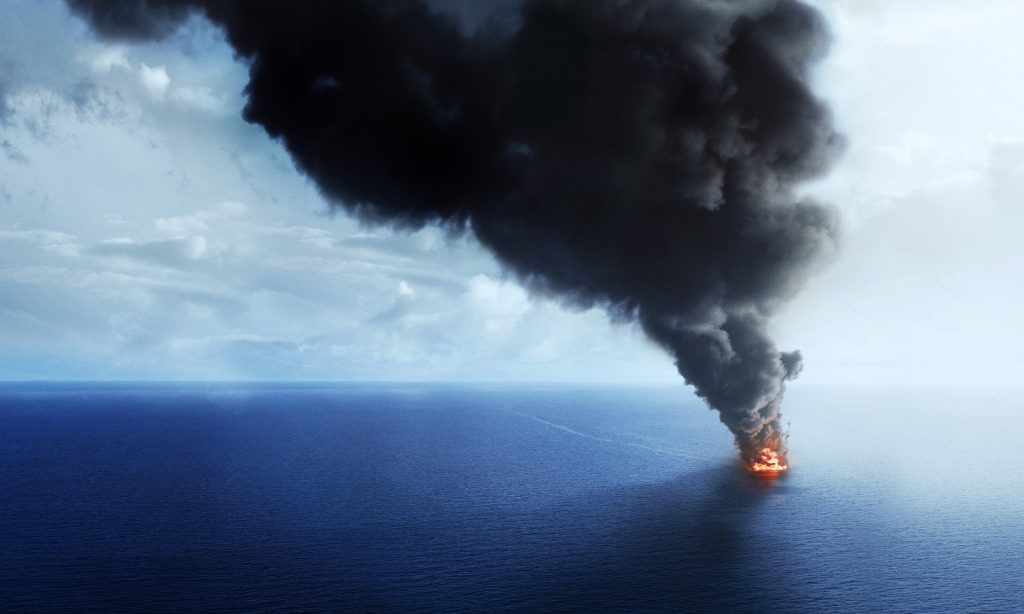 Sound editor Wylie Stateman’s first Oscar nomination came in 1990 for his work on Oliver Stone’s Born on the Fourth of July. Seven more nominations followed. Stateman has been recognized by the Academy for his work on films ranging from alpine action-adventure stories to period pierces to war films. Cliffhanger, Memoirs of a Geisha, Wanted, Inglourious Basterds, Django Unchained, and Lone Survivor showcased Stateman’s wide-ranging talents. As the saying doesn’t go (but just might for Stateman), the eighth time’s the charm, as his work on Peter Berg’s Deepwater Horizon, along with Renee Tondelli, has been nominated, and this time.

Deepwater Horizon was a technical challenge that perhaps exceeded anything Stateman had done thus far. On April 20, 2010, the Deepwater Horizon drilling rig exploded in the Gulf of Mexico, igniting a massive fireball that killed several crewmembers. The film follows chief electronics technician Mike Williams (Mark Wahlberg) and his colleagues find themselves fighting for survival on a floating city that’s crumbling around them. Stateman had to make music out of this chaos, so to speak, creating a credible sonic catastrophe that made us feel what the characters were feeling, while also making it possible for us to hear what they were saying.

But what, exactly, does a sound editor do? You’ll be excused for not really knowing, and for mistaking sound editing and sound mixing. Luckily, Stateman will clear all this up for you, and explain why sound work on a film is TK

I think most people have a fundamental lack of knowledge on what, exactly, a sound designer and sound editor do. Can you walk me through your process on Deepwater Horizon by way of explaining your role to our readers?

There are two very distinctive elements to making film; one is as a visual artist, and the other is an aural artist—sound artists. Basically the visual artists see the world through a frame. What’s outside the frame doesn’t matter. They concentrate on what are we going to show the audience. The sound designers responsibility is to then work with the tools that we have, which really live in the auditorium. They’re not restricted to this frame, they live coming out of the screen and they live in the auditorium where the audience is sitting and experiencing the entertainment. As you can see, there are two very different disciplines here. And often it’s confusing to people because they assume the film was recorded while shooting the picture. In reality, these are two very different art forms.

So as the sound designer and supervising sound editor, I’m in charge of the sonic art, and that begins on set, and in the case of Deepwater Horizon, our mission was to have the liberties to add those elements of tension and emotion and documentary style reality to the picture.

What kind of direction did Peter Berg give you for capturing the sounds of life on a floating drilling rig, and one that explodes, no less?

From the very beginning, Pete [Berg] would say that he wanted to know the people, not the technology. And that is a very interesting mission statement.

Especially considering the film is set on a gigantic, floating piece of technology.

We’re making a film about a floating city, 45 or so miles off the Gulf Coast, in about a mile of water. This thing is a platform drilling six miles into earth, one of the deepest holes ever drilled. But that is our given, that’s the story, the real life event that sets the stage for this movie. But Pete Berg’s idea was that we want to know the people, not the technology, and he asked us to explore the human side of it.

How did you create the sonic environment for what's essentially a city at sea, while also making sure those sounds were legible to the audience?

David Wyman was the production sound mixer, and he worked with a two person crew, and while there may be hundreds of people supporting camera, VFX, costumes, and the entire support network of this movie is maybe in the hundreds of people, the production sound crew consists of three people. Wyman and his two teammates, one of whom is working the boom microphone, capturing the voices of the actors as best they can, while the other is deploying cables and supporting the team. David is on the set every day and tasked with recording as much of the dialogue as humanly possible in what would appear to be an audio war zone. There are all kinds of machinery and people moving around, and the action is choppy, with lots of cuts, and the mixer is dealing in this audio war zone and doing his best to record the production dialogue from our actors.

On a set such as Deepwater Horizon, which was constructed in a parking lot of a defunct Six Flags outside of New Orleans, there’s limited working equipment, there are people moving everywhere who are dealing with effects, lights, and cameras, accommodating every shot. So David does the best he can to get us the actors voices and whatever else he can provide that will be helpful to understanding the synchronous audio elements on the set. That is sent every day to the cutting room where the editors, Colby Parker and Gabriel Fleming, are assembling the previous day’s footage and beginning the construction process to cut a picture with this basic track. It’s often called a production track, and in a film with so many visual effects, it’s sometime referred to as a guide track. It’s our guide to understand the most basic elements that begin the production of the audio soundtrack.

And this is where you come in?

Yes, then the process goes into creative sound design, and we begin to give voice to elements of the production that were not realized by the camera, but will eventually be realized by visual effects and the coordination of practical special effects and post production enhanced visual effects. At that point, sound effects designers are broken up into teams. In the case of Deepwater Horizon, we were developing pressure sounds, liquid pressure sounds, alarms and PAs; we were developing the sounds of fire, explosions and debris. The whole thing had to be then expressed in a vast amount of water. So one challenge was to make this whole thing feel like it was floating on pontoons 40 miles out of the gulf.

The third phase of sound design and our collective efforts takes us into a mixing process. This is where mixing elements from our composer Steve Jablonsky are created from his imagination, we generate musical thematic elements, which we gratefully integrate into the mix and into the sound design elements, including, at this point, the dialogue. Whether it’s PA announcements or actors yelling and screaming or extras yelling or screaming, or just the simple, most delicate breath of somebody under extreme duress, it’s all on us. So there’s a lot of effort to try and humanize the characters and humanize the experience, and that really speaks to Pete’s mission statement— use sound to get to know the people, not the machines. We have to depict the technology sonically in a way that integrates with music and dialogue, and that’s where this mixing process begins, and that process on this film extended for more than six months as we were receiving new visual effects from ILM. To say Deepwater Horizon was a fluid process would be accurate.

You’ve worked with a lot of very strong directors, including Berg, Tarantino, and Oliver Stone. Do you gravitate towards a certain kind of filmmaker?

I really love this process of working with some of the most talented auteur filmmakers of my generation. Most all of my directors are writers, directors and producers. Filmmaking is very much a communal effort amongst a very small group of people. And it’s a lovely thing when you can work with talent and courage and filmmakers that have a strong and very unique voice.

You seem to have a very philosophical approach to sound.

The audio people like myself, we just think differently. We think about the vibration in the room, not the frame. We think about this vibration—that’s all sound is. When you stop the picture, the sound goes away. You can study the picture to your hearts content, but audio only lives in the ether, which makes it a very different kind of art. You can’t stare at audio, you can only experience in real time, in your living room, in the auditorium or in a pair of headphones.

It’s rhythm and it’s pitch. Sound is comprised of maybe three things; rhythm, pitch, and then it’s the acoustical space that tells your brain where something is and whether it’s friendly or scary. From 10,000 years of evolution, our brain has been tuned to audio giving us additional cues to support either our mental state or our aerobic state. Sound tells us about danger, about love. There’s nothing better than a thematic piece of music to tell the audience these two people love each other.

I think audio is a fascinating thing, after all this time I’m still experimenting every single day.