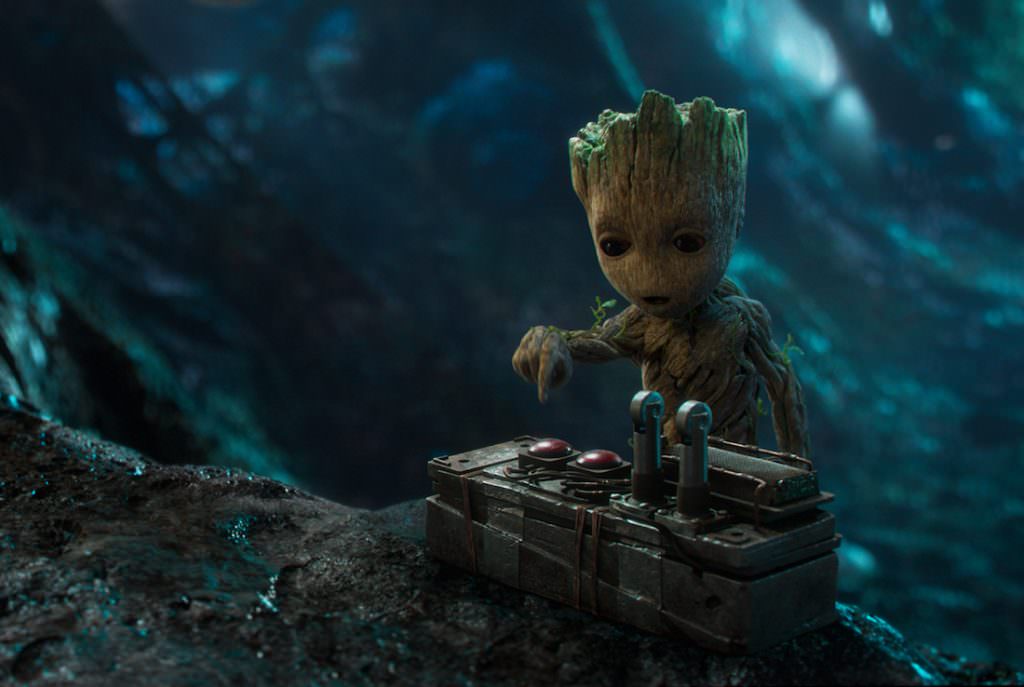 Director James Gunn and the folks behind Guardians of the Galaxy: Vol 2 have been giving little morsels of the film, just enough to whet our appetite. Gunn shared a bit of the score (in this awesome video of the orchestra), they’ve dropped new photos (baby Groot—swoon), and they’ve teased links to Avengers: Infinity War.

The latest news is an exclusive photo spread in USA Today. So what do we learn about Vol 2 from the stills’ captions? Let’s have a look.

Interesting. Considering Groot is now a baby (or, more accurately, a kid), perhaps Rocket will be doing most of the protection duties?

“Drax (Dave Bautista) is a big ol’ softie when it comes to the Guardians’ new ally, Mantis (Pom Klementieff).”

Our newest love affair! We’ve already learned that Mantis is making an appearance in Infinity War, which leads us to believe that Drax will be, too.

We got a glance at Abilisk in this teaser trailer.  The Abilisk is a “multi-dimensional being” that looks a little like a cross between Jabba the Hutt and the Sarlacc Pit.

“The new Ravagers villain Taserface (Chris Sullivan) made his public debut at Comic-Con in July.”

Taserface was created in 1990, and ended up becoming Overkill later on. He’s an alien member of the Stark race, and his hands are weapons.