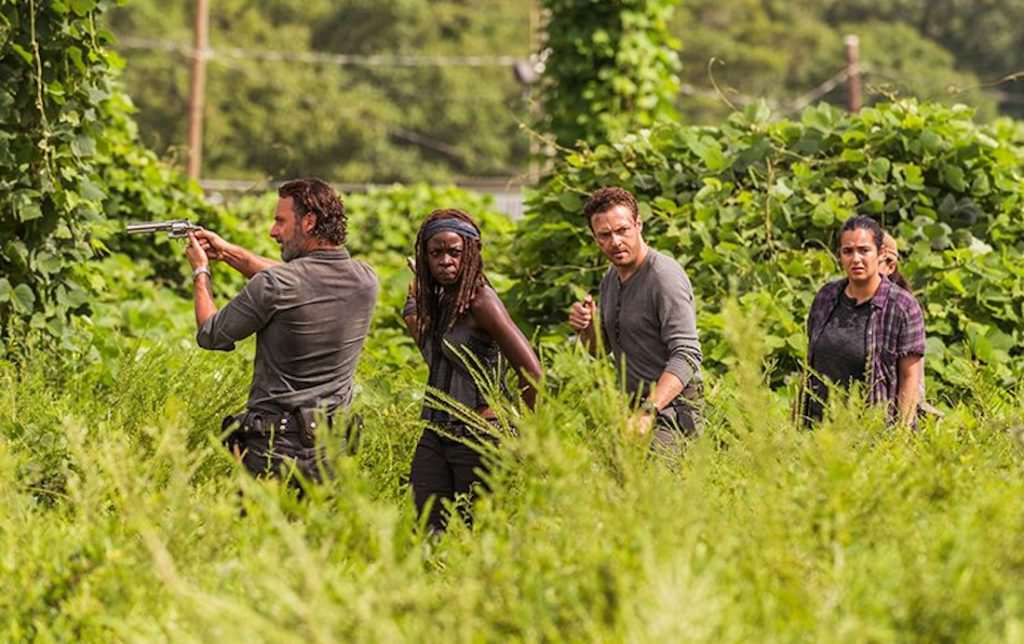 Look Inside the Coming Resistance on The Walking Dead

You already know just how brutal the first half of The Walking Dead Season 7 was. Rick (Andrew Lincoln) had seemingly been broken, badly, by the ordeal Negan (Jeffrey Dean Morgan) had put the group through. The sickening, preening murder of Glenn (Steven Yuen) and Abraham (Michael Cudlitz) was just the beginning. Negan put all of Alexandria under his command, and Rick had no choice but to do Negan’s bidding as the sociopathic warlord took Daryl (Norman Reedus) hostage and sent his goons (or arrived himself) to Alexandria to collect his taxes. So it comes with some measure of relief to see that the second half of the season is all about resistance.

This new inside look at the final half of season seven shows that these episodes will focus on Rick and the group’s preparation for war with Negan. That means that the good people of Alexandria are going to have to align with the Kingdom and the Hilltop. The problem is, the leaders of those two groups, Ezekiel (Khary Payton) and Gregory (Xander Berkeley) aren’t keen on gong to war with Negan and the Saviors. And because these men and their people haven’t been with Rick the whole time, he’s going to have to prove to them why they should join his resistance.

This peek shows that season 7’s second half will open out to show new survivors and new places. It also hints at betrayals to come, as Rick tries to rally his troops into what promises to be their most gruesome test yet. And that’s saying something.

The Walking Dead returns to AMC February 12 at 9/8c.