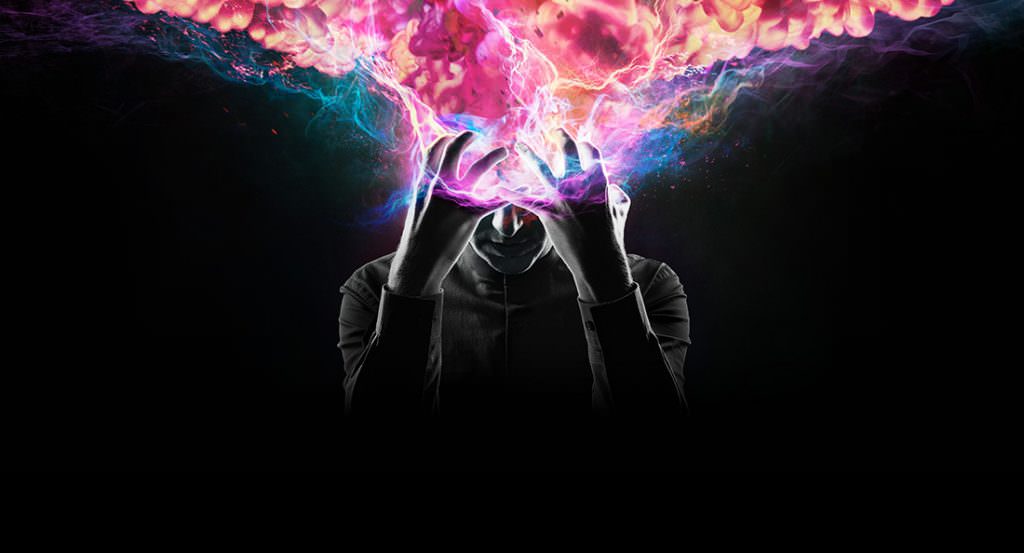 Marvel’s Legion is premiering tonight on FX and it’s going to be unbelievable. In fact, you should probably be careful not to believe everything you see. Dan Stevens (Downton Abbey) plays the X-Men character David Haller who learns that his schizophrenia diagnosis may not be what it seems and neither is the world around him. As he explores the powers he possesses and embarks on a journey to become Legion, things get out of control. Composer Jeff Russo explains that the show is going to keep audiences guessing. You may have to watch tonight’s premiere closely, and then watch it again.

Russo teamed up with Legion creator Noah Hawley on FX’s Fargo, so we’re expecting some pretty awesome things. We spoke with Russo about the comic book inspiration for Legion, how Pink Floyd influenced the score, the show’s romance, and more.

Let’s get to the heart of the show. Who is Legion?

Legion, the character, is from a New Mutant’s portion of the X-Men comic books in the 80s, but our show doesn’t really take too much in terms of canon from the comic books. We are, however, more in style like a comic than some of the other X-Men or any of the superhero movies and television shows simply because it’s just a crazy ride. We chose to not take a straight turn at it and to really delve into the not knowing the difference between what’s real and what’s not real. Our character apparently suffers from schizophrenia. Although, we come to realize that he is not actually schizophrenic. People have just been telling him he’s schizophrenic, but he’s really one of the most powerful mutants there is. We really delve into if the main character doesn’t know the difference between what is real and what’s not real, why don’t we invite the viewer to also participate in that?

So is he a hero, antihero, or villain?

There’s no true answer to that question. Isn’t that more human? There is a really gray line between hero and villain. In comics, it’s definitely black and white. Here we really play with that. Is he good or is he not good? The crux of the entire narrative is this love story between him and the female main character, Syd, and how love can save us all.

The characters in the trailer seem to wear some retro costuming, but I can’t put my finger on it. When is the show set?

The idea is that you don’t know when it is. There is no time. It could be the 60s or it could be today, modern. There isn’t anything that would lead you to believe one thing or another. That was the one thing that Noah just never told me. We had conversations about that and the idea was, well, it doesn’t matter when it is. Just wait until you see the show, it’s a very interesting watch. I would say you might want to watch the first episode twice.

How did you get involved with the show?

I’ve done all of the television shows and other projects that Noah (Hawley) has created. After we finished Fargo 2, he called me and said, “I’ve been asked to write this pilot for Marvel and Fox. An X-Men take. What do you think?” I was like, “That would be great. How do we approach the music?” We started talking about music right at the very beginning. One of the things that we talked about early on is how, certainly from our youth, the soundtrack for schizophrenia has always been (Pink Floyd’s) Dark Side of the Moon. How could I sort of weave that textural element into the score? I thought that was the best thing ever because that’s one of my favorite albums and favorite bands of all time. Thus became the odyssey that I now know as Legion. It’s been quite a ride.

How did you use the music to complement the story?

One of the things that we talked about was how can we turn the entire show and music on it’s head. I used a lot of orchestral effects and horn effects to punctuate moments of the score. On top of that, the idea was to thread this electronic element and orchestral element together to create a very emotional score. The story really walks this line of their relationship. How to play that and how to make that the core of what I was trying to write really was at its center. I listened to a lot of atonal modern classical stuff because I wanted to do a bunch of really “it doesn’t sound like music, but it is music” kind of things. I would write a piece of music then completely screw it up by throwing it on a tape machine and turning it around backwards and making it sound all warped.

Did you do any research or preparation when you were working on the score?

One of the things I did at Noah’s suggestion was read a book by Oliver Sachs called Hallucinations and there is a whole section of the book that talks about audio hallucinations and what those are and how they actually affect people. I took a lot of inspiration from the descriptions of what that meant to people. I would say the show is very cerebral, very internal. At times inside out, upside down. And then, there are moments of absolute clarity. That’s that line that we walk of what’s real, what’s not real and then the thing that is absolutely clear. And that’s really the love story.

How much music does it take to fill a whole season?

In this particular case we did eight episodes so about six hours of music. It’s a lot. But I tend to write thematically so themes for David and themes for Syd, they recur. As they recur, I’m just sort of reimagining what they are going to sound like later in the series. I start by reading the first couple of scripts and I start writing themes for the characters and the different situations and whatever I’m inspired to write. Then as I start seeing picture, certain themes that I wrote for certain characters don’t work, certain things do. I continue to write and then I start sketching to picture to see how things are going to work to picture.

The Marvel universe is ever expanding on film and television. What makes Legion unique?

Everything makes it unique from the rest of the Marvel cinematic universe. We didn’t take canon. There is canon in it in terms of there are these people with powers because they have genetic mutations. They’re mutants. So in that sense, it is very much a show about people becoming X-Men. It’s not like anything like any other Marvel show on television or film. It is standalone story that tells the story in a way that is completely different than the other filmed narratives. I would say we’re more comic book-like. I wouldn’t say we’re like the comic specifically, but there is an aura of it being told in a way that is more comic-esque.

What projects do you have coming up next?

I am currently working on Fargo year 3. We just released the soundtrack for a show I did last summer called The Night Of. Hopefully, we might be doing the 2nd season of that. Right now I’m writing a film with Kristen Stewart and Chloe Sevigny, which is called Lizzie, the Lizzie Borden story. I just finished a movie with Richard Gere called The Three Christs and that will be coming out this year.

Would you rather work on film or television?

I think that it’s all six of one and half a dozen of the other. I get to write music for a narrative. I’ve been doing a bunch of video games too. There’s a video game coming out this year called What Remains of Edith Finch that I wrote the score for. I’m currently writing music for an EA game as well. I really don’t have a preference in terms of the type of narrative. I enjoy writing music for any story as long as the story is well told.