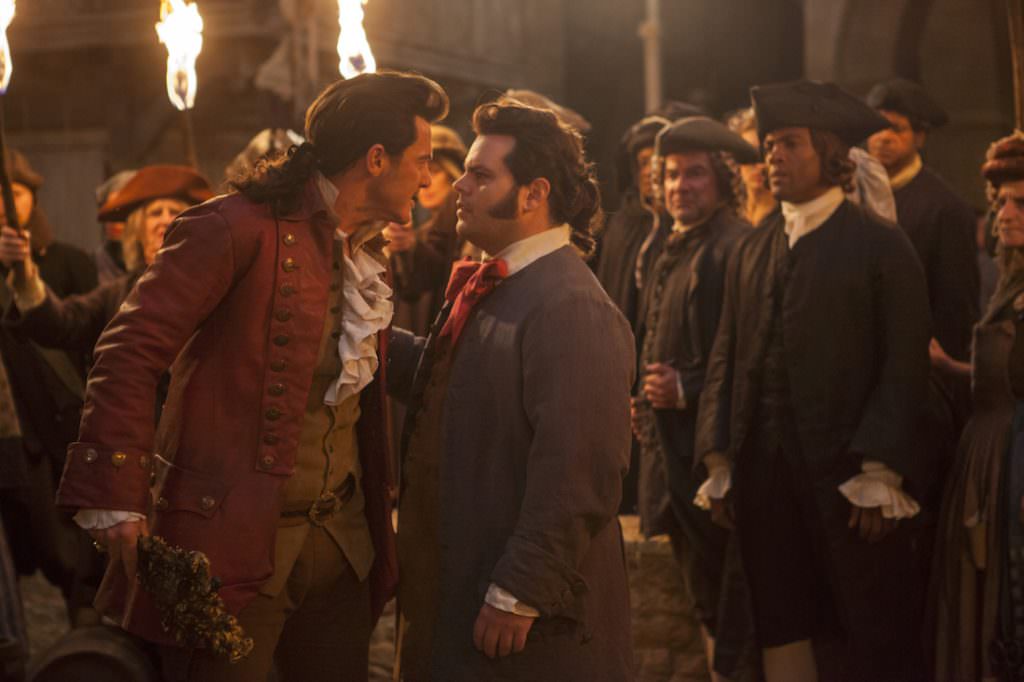 "My, what a guy, that Gaston!" sings poor Lefou (Josh Gad), a sidekick who goes through life singing the praises of a man who surely wouldn’t do the same for him. Gaston (Luke Evans) is Beauty and the Beast’s resident airhead hunk, a devilishly handsome man who wants to win Belle’s (Emma Watson) affections, but who clearly has half the heart of the ghastly Beast (Dan Stevens).

We are quickly approaching the March 17 premiere date for Bill Condon’s live-action take on Disney’s classic story (based on the 1991 animated film), and we’ve been enjoying the promotional materials that have been released in the last few weeks. There was this new spot they released during the Oscars, a fresh clip of Belle in action, and this recording of Josh Groban singing “Evermore,” one of the film’s new songs, written by composer Alan Menken and three-time Oscar winner Tim Rice.

In this new clip, we get to watch the always able Josh Gad, as Lefou, belt out a tune in honor of his bruising Alpha male bestie, Gaston. Lefou serves as one of Belle and the Beast’s primary antagonists, doing Gaston’s bidding in his unique, bumbling-but-not-dim way. Gad knows a thing or two about musicals—he starred in “The Book of Mormon” on Broadway, and if this clip is any indication, he had the time of his life on this film.

Beauty and the Beast is arguably the most anticipated film of the near year, with millions of fans eagerly awaiting to see what a lush, lovingly shot live-action version of the iconic tale will look like. Count us among them.