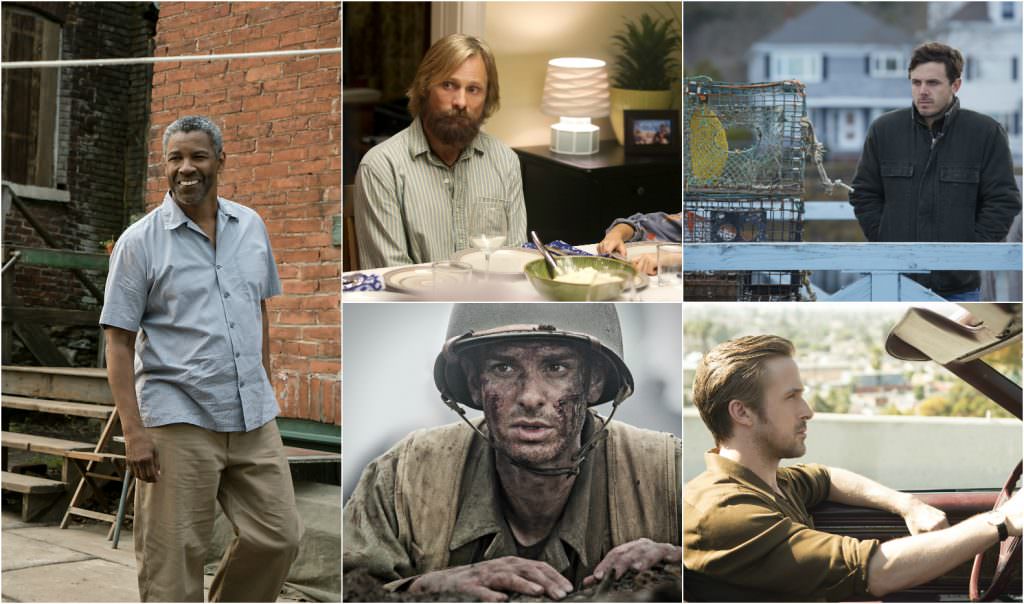 Know Your 2017 Oscar Nominees: Actor in a Leading Role

Today begins our Oscars 2017 coverage! We kick off our annual "Know Your Nominee" series by looking at actors in a leading role. In addition to the series, we've also created a special look at the awards—The Road to the Oscars. Click on the image below to learn more about this year's crop of Oscar nominated films and filmmakers, and the effect their contributions have had on the industry and the country at large.

Actors in a Leading Role

Five passionate performances fill the Oscar’s Lead Actor category. From the twinkling starlight of Hollywood itself to a northeast seaside town, Academy members will have a hard time choosing a favorite.

Casey Affleck returns to the Oscar stage for the first time in nearly a decade. The younger Affleck brother was previously nominated in 2008 for Best Supporting Actor in The Assassination of Jesse James by the Coward Robert Ford. In Manchester By The Sea, Affleck nails a dynamic performance as a mourning man trying to raise his nephew and confront his past. His work is tender and heartbreaking, a performance that's at once coiled and inward and deeply affecting.

Andrew Garfield pulls down his first nod from the Academy for his portrayal of World War II pacifist Desmond Doss in Hacksaw Ridge. Set in Virginia and Japan, Garfield traveled to Australia for the Mel Gibson film. Garfield carries the war epic on his slender (but able) shoulders. Just like his character, you definitely can’t count him out.

A rugged Viggo Mortensen is a stand out as free spirit Ben in Captain Fantastic. Set in the scenic Pacific Northwest, Mortensen is captivating as a father with unconventional parenting skills adapting after the death of his wife. When we spoke with him earlier this year, writer and director Matt Ross praised Mortensen’s creativity and contribution to the film. The performance could earn him a surprise win, but the film has earned less chatter than his fellow contenders.

Two-time winner and eight time Academy Award nominee Denzel Washington delivers a powerhouse performance in Fences. The legendary performer plays a father filled with regret in the adaptation of August Wilson’s play. Washington knows the role well as he revived it on Broadway with costar Viola Davis in 2010 before taking it to the big screen. It’s never far fetched to believe the seasoned actor will take home the gold.

Ryan Gosling, who portrays a jazz pianist, actually learned to tickle the ivory just for La La Land. Composer Justin Hurwitz wanted to be able to show long takes of the actor at the keys and the result is an impressive musical display. Gosling commits from the first note and you can feel his passion throughout the captivating love story. The film is a celebration of dreamers, and isn’t that really what the Academy is made of?

Gosling was the only Golden Globe carry over from the Best Actor – Musical or Comedy category. The other nominees were plucked from Golden Globe Best Actor in a Drama. While the Oscars tend to prefer dramas, they often reward creativity and have favored modern musicals in the past. While 2003’s Chicago didn’t have a leading man to nominate, John C. Reilly did pick up the statue for Best Supporting Actor and the film won Best Picture. The Artist took home the top prize in 2011 and Jean Dujardin beat out Gary Oldman and Brad Pitt for his performance in the silent musical.

With this trend in mind, we give the edge to Ryan Gosling on the grounds of originality, but any of these outstanding performances could pull down a win.