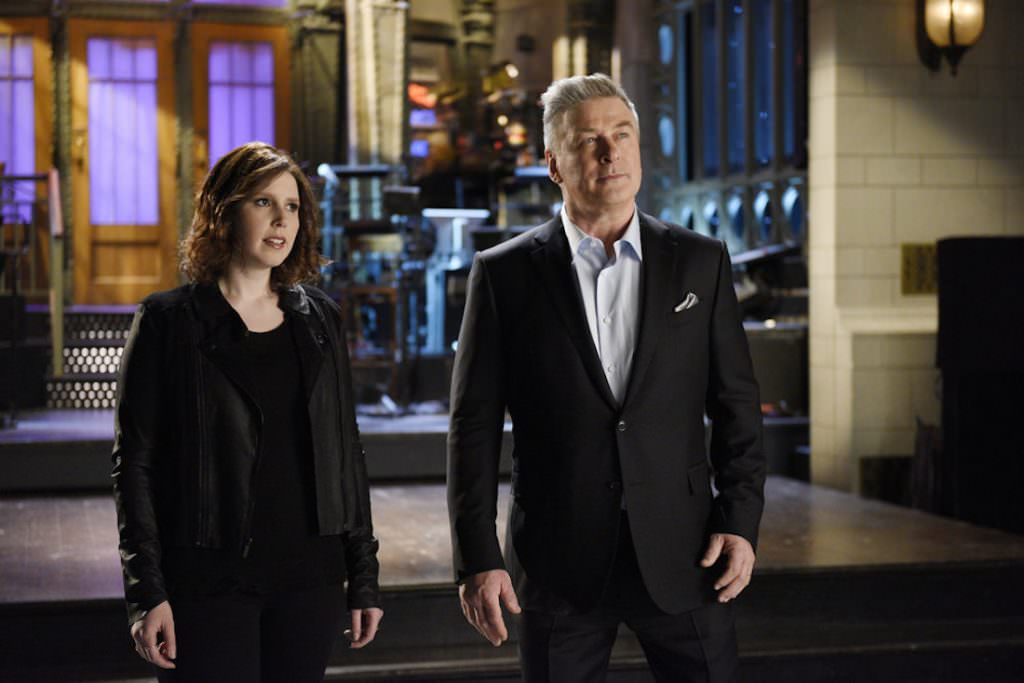 Your host for this weekend's Saturday Night Live is none other than Alec Baldwin. In this new promo video, Baldwin narrates a loving testimony to studio 8H (where the show is filmed), and how, once again, after 16 previous hosting gigs, he's being pulled back by fate, by destiny, to host yet again. Two things to note here—this will mark his 17th hosting gig on the show, a record, and Baldwin's been playing Donald Trump on the show for months, so he's not actually "returning" to studio 8H so much as showing up again. Vanessa Bayer makes this point beautifully in the hilariously pompous black-and-white promo below:

Baldwin has been absolutely critical to SNL's recent string of outstanding episodes, dating back to last season when the presidential campaign was raging. His portrayal of Trump has been such a cultural touchstone that the candidate and now president Trump has even felt the need to weigh in.

Baldwin’s latest turn as host, cementing his status as an SNL’s legend, comes at a time when the show is swirling in very positive speculation. It all stems from last week’s hilarious episode hosted by Kristen Stewart. The cold open began with Baldwin in his usual role as President Trump, making a few important calls:

The reaction has been so overwhelming that lots of people are wondering what hilarious women SNL might bring in to play the rest of the White House staff. There have been rumors of Rosie O’Donnell coming in to play Trump’s senior advisor Steve Bannon. With Baldwin breaking the show’s hosting record this weekend, wouldn’t it be the perfect time to bring in another ringer to play on of Trump’s inner circle?