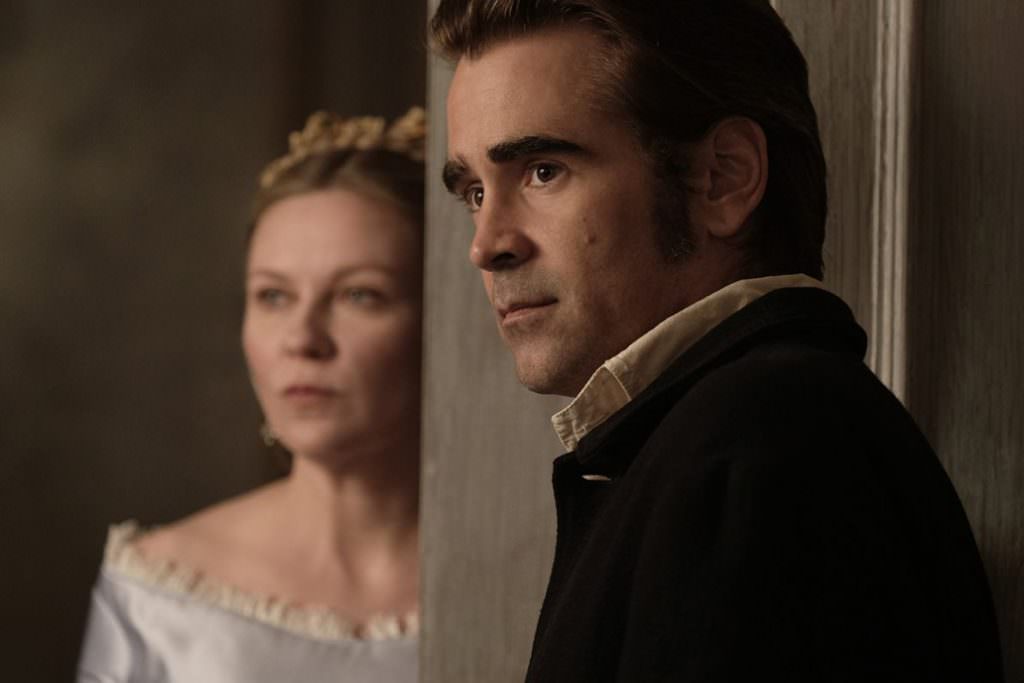 Writer and director Sofia Coppola is back with her latest film, and once again the auteur has gone in a completely new direction from her previous film. Coppola's last effort was 2013's The Bling Ring, which focused on a group of fame-obssessed teenagers who use the Internet to track the whereabouts of celebrities, then rob their homes. Her new work,The Beguiled, is an adaptation from Thomas Cullinan novel's "A Painted Devil," which takes place during the Civil War in Virginia. The book was already adapted in 1971, starring Clint Eastwood, Geraldine Page, and Elizabeth Hartman.

In the film, an injured Union soldier named John McBurney (Colin Farrell) is discovered by Amy (Oona Laurence), a student of an all girls’ Confederate boarding school. He’s brought into the school where the women (including Elle Fanning and Kirsten Dunst) take care of him under the watchful eye of the headmistress, Martha (Nicole Kidman). However, their delicate situation becomes untenable when passions are stoked.

Check out the new trailer below, and look for the film this June.