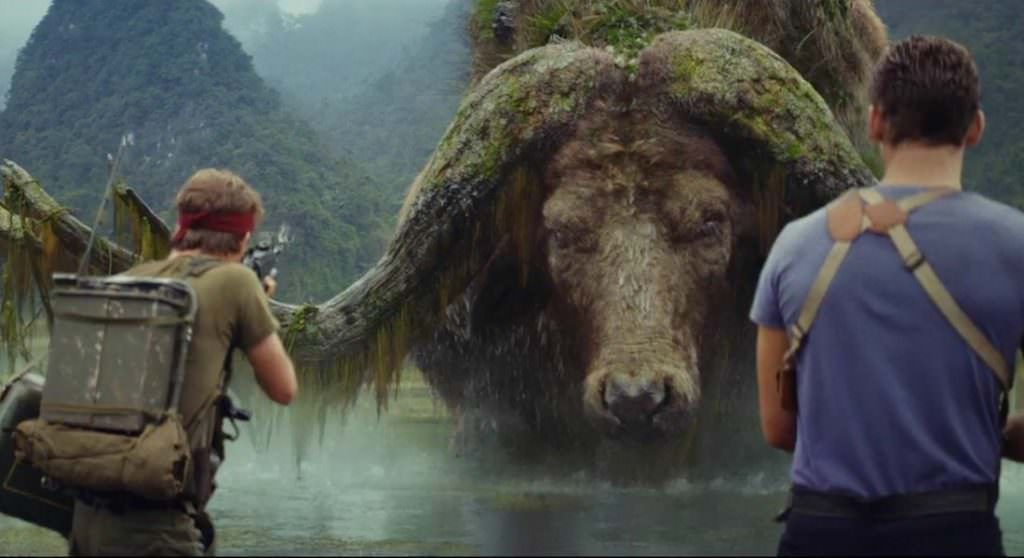 Final Trailer for Kong: Skull Island is Most Bonkers Yet

There is something really weird and wonderful going on with Kong: Skull Island. The trailers and snippets we've seen thus far look like the kind of Kong movie we've been waiting for—big, bold, and best of all, strange.

We've already written about the Godzilla/Kong connection in Skull Island (they'll be facing off in a Warner Bros. film in a few years). We've shared how the Kong in Jordan Vogt-Roberts' upcoming film is the biggest ever committed to the screen. And, thanks to the really good trailers that Warner Bros. has been releasing, we've discussed how the size and scope of Skull Island makes it the most ambitious Kong film yet.

The last official trailer is another doozy. In fact, the mashup of classic 70s tunes with the breezy comedy and the jaw-dropping effects make it the best trailer yet, and perhaps cap the strongest promotional campaing of the year thus far. If you can watch the below and not want to go see Skull Island, you've got a resistance we don't have.

Here's the official synopsis for the film: The year is 1973. Somewhere in our world, it is said that there exists a wondrous island unspoiled by man – a land shrouded in mystery, where myth runs wild. Uncharted and undiscovered. When the secretive organization known as Monarch identify this destination as the origin point for mysterious new superspecies, they mount an expedition to discover its secrets. What they find on Skull Island is an adventure beyond any human experience. An exotic paradise of wonders and terrors, where flora and fauna have fused together into an Eden of otherworldly jungle creatures.