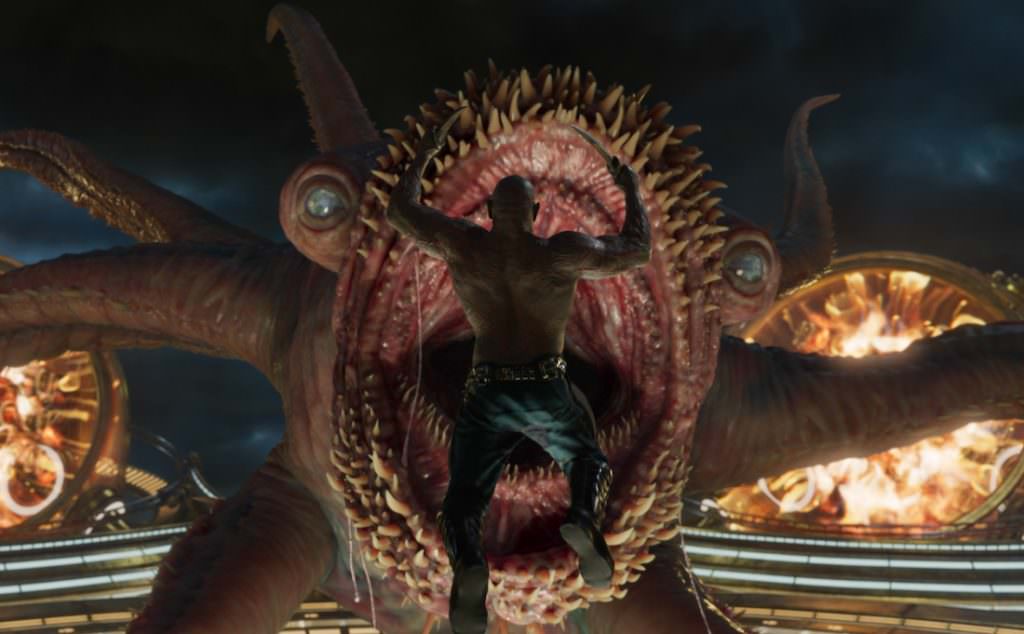 Chris Pratt (Jurassic World, Parks and Recreation) is back as Star-Lord, with his fellow Guardians Zoe Saldana (Avatar, Star Trek) as Gamora, Dave Bautista (SPECTRE) as Drax, Vin Diesel (xXx, Furious 7) as the voice of Groot, and Bradley Cooper (Joy, American Sniper) as the voice of Rocket. It looks like the team has two new members—Michael Rooker (Slither, Jumper) as Yondu, and Karen Gillan (Doctor Who, The Big Short) as Nebula. Your new cast members include Pom Klementieff (Oldboy), as Mantis, Drax’s love interest, Elizabeth Debicki (The Great Gatsby, Everest) as the villain Ayesha, Chris Sullivan (The Knick, The Drop) as Taserface, and, as we wrote yesterday, Kurt Russell (The Hateful Eight, Furious 7) as Ego, the Living Planet.

The new teaser is in the Guardians’ usual key of comedy, with the whole team struggling to keep their cool while Drax eats. Of all the Marvel films, Guardians has the lightest touch, and arguably the most capable comedic actors. Vol 2 concerns itself with Peter Quill’s true parentage. The film opens on May 5. Check back with us for the full trailer tomorrow.