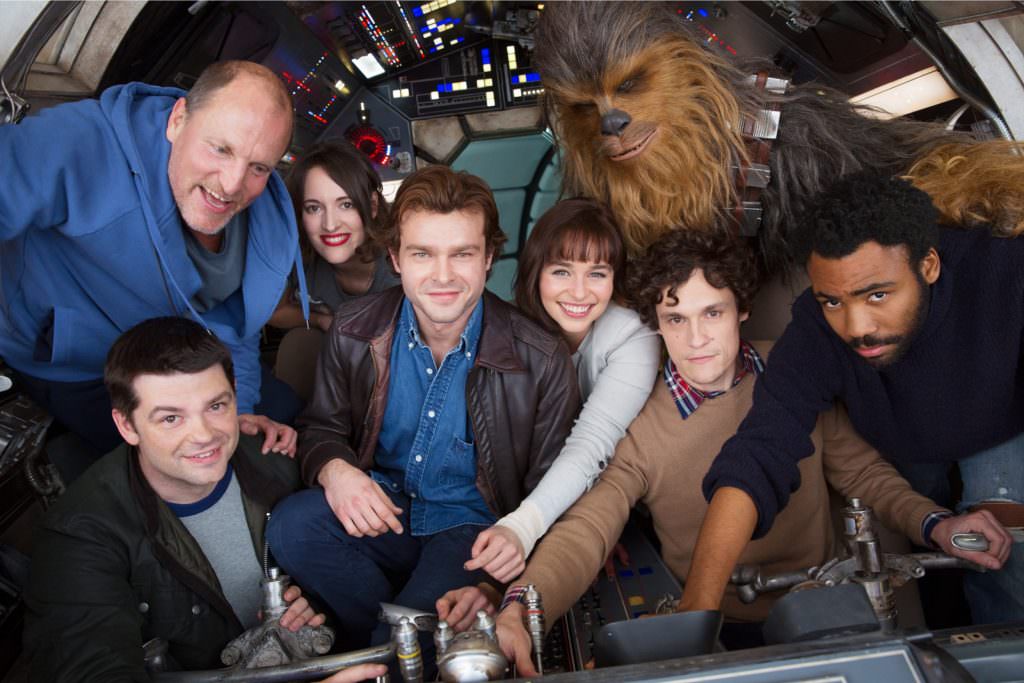 Disney has released the first cast photo from the Han Solo spinoff, and it’s nothing but smiles. Along with the photo, Disney has confirmed that filming officially began on Monday at Pinewood Studios in London. The photo was released on the Star Wars official twitter page, along with this Tweet:

Let’s do a quick roll call for the photo, moving from left to right: There’s Woody Harrelson, who plays Han’s smuggling mentor, co-director Phil Lord (directly in front of him), Phoebe Waller-Bridge, who we hear is playing a droid, Alden Ehrenreich (playing Han, of course), Emilia Clarke (her role is still a secret), Joonas Suotamo (as Chewie), co-director Christopher Miller and Donald Glover, who is playing Lando Calrissian. Thandie Newton is not pictured.

“Watching such inspired people from all over the world, with such unique voices, come together for the sole purpose of making art, is nothing short of miraculous. We can’t think of anything funny to say, because we just feel really moved, and really lucky.”

They’re directing from a script written by Lawrence and Jon Kasdan, and the film will hit theaters on May 25, 2018.