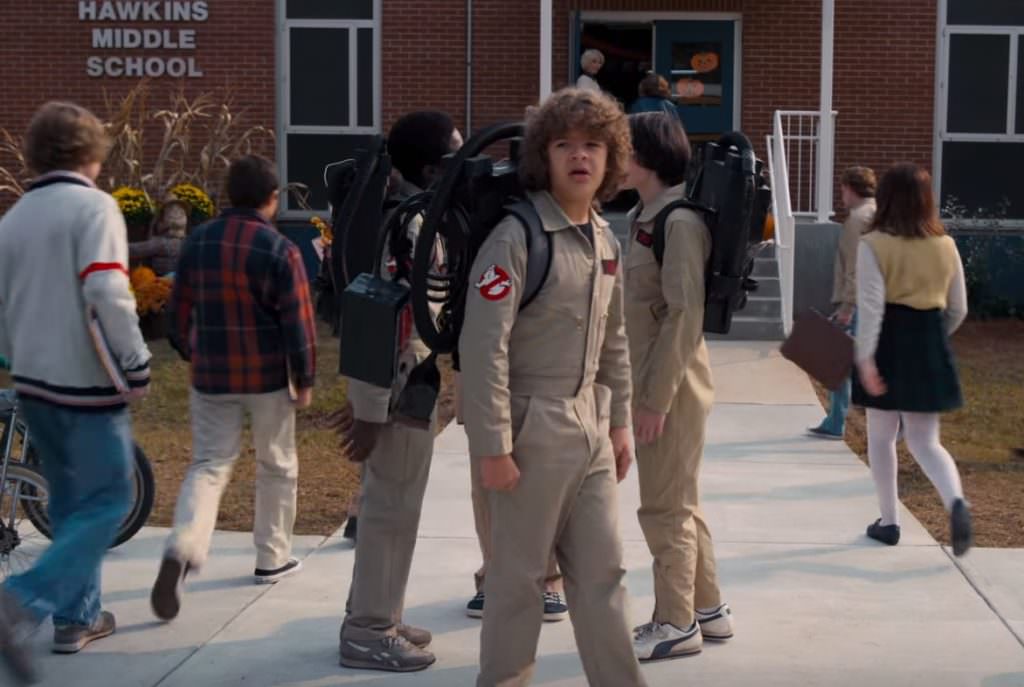 We've rounded up the very best of the Super Bowl's film spots, looking at Logan, Transformers: Last Knight, Ghost in the Shell, Guardians of the Galaxy: Vol. 2, Pirates of the Caribbean: Dead Men Tell no Tales, and The Fate of the Furious. Today, we're looking at one more spot for a little Netflix series you may have heard of—Stranger Things.

The new teaser for the next season of Stranger Things was one of the most buzzed about of any shown during the big game, with the possible exception of Guardians of the Galaxy: Vol. 2. The Duffer Brothers critically acclaimed first season blew us all away—from the Spielbergian medley of adolescent wonder and dread to the ace performances across the cast, everything worked. The 1980s-set sci-fi series was never expected to be this big of a smash, one that warranted a Super Bowl spot.

What we know about season two, even with this glorious new teaser, is still limited. Director and producer Shawn Levy has gone on record saying that season two picks up a year later in the story, with some people in the small town of Hawkins, Indiana, aware of what happened to Will Byers (Noah Schnapp), while others are still clueless. Jim Hopper himself (David Harbour) said in an interview with Vanity Fair that the script for the first episode had him very excited:

“I got the first script of season two, and the first five minutes I was on my feet going, ‘Yes! Yes!’ Because they open up the world in such a new way. And these characters that I feel like are so iconic, and that we love so deeply, get to really go on different arcs and different journeys and explore these little things that we touched on in their personalities and psychologies. And we get to really expand on that… I really do think it’s going to be thrilling. And you can tweet at me that I’m an idiot if it’s not.”

Let's begin with that classic Eggos commercial. Aside from being time period appropriate (the commercial actually aired in 1980, four years before the events of season two begin), recall that Eggos played a part in season one. Eggos are the food that Eleven (Mille Bobby Brown) liked, and that Chief Hopper left for her in the woods.

The flash of the arcade shot seems to hint that season two will take place partly in one of the most popular settings for kids in the 80s. Plus, spending time in an arcade will give the Duffer Brothers and the rest of the creative team plenty of opportunity to tease out more cultural touchstones from the era. Which game will be their favorite? Donkey Kong? We've got our money on Space Invaders?

Speaking of Eleven, the teaser proves that, although she went missing at the end of season one, she's back. Does the fact that the shot is upside down mean anything significant? Possibly. Or it might be to tease us into thinking she's back in the Upside Down. Either way, while her inclusion in season two isn't exactly a surprise, it's a fact we're relieved about.

The Ghostbusters make their presence felt. The 1984 classic came out the year season two takes place, and the boys can be seen wearing proton packs while peddling madly on their bikes.

Chief Hopper seems to have gotten himself in trouble again. What in the world is going on in that shot of him in the midst of what appears to be a house exploding? The next time we see him, he's digging a hole. Strange times for Chief Hopper continue.

Flamethrower man appears, likely a bad guy (or girl) working for the government. We also see that Will is being experimented on (how'd they get him away from his mom Joyce, played by Winona Ryder?), and that he's sketching what appears to be a huge, terrifying monster.

That monster. In the teaser's most Spielbergian moment, will goes to the door, opens it, and reveals a red sky beyond, much like the iconic shot from Close Encounters of the Third Kind. Then we see, at the teaser's end, the very thing Will was sketching in his notebook—a monster that makes the Demigorgon from the Upside Down look like the Energizer Bunny.