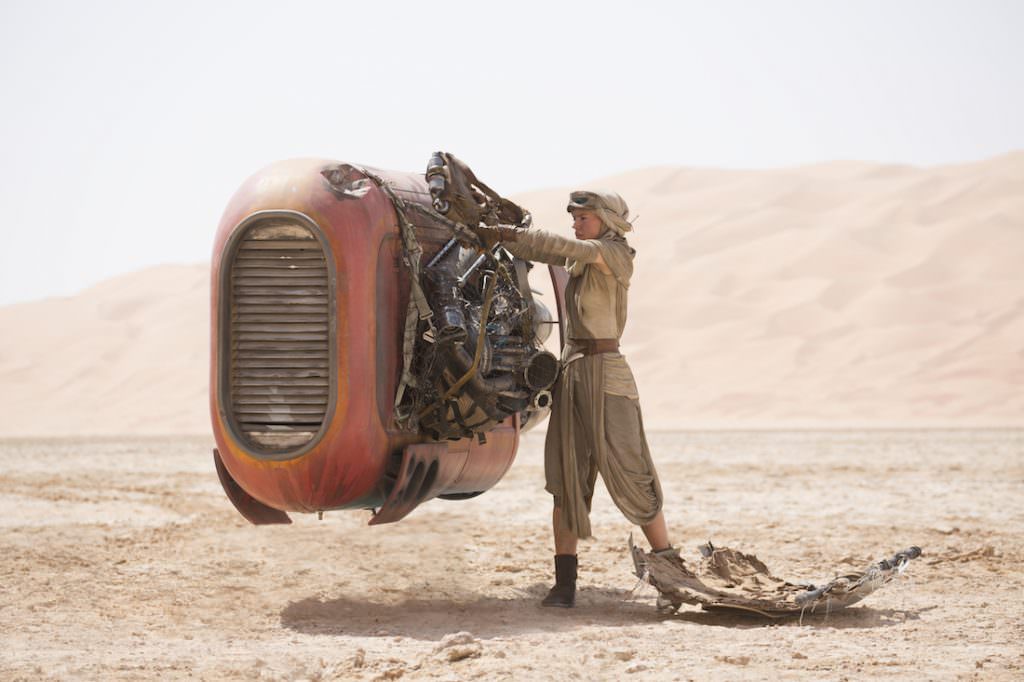 If there is one (and honestly, probably only one) thing you can be sure about in 2017, it's that Star Wars: Episode VIII will likely be the biggest film of the year. As the galaxy far, far away has gotten a much needed bost of fresh female heroes in the form of The Force Awakens' Rey (Daisy Ridley) and Roge One's Jyn Erso (Felicity Jones). The latter was the leader of the rebel team that stole the Death Star plans that were then delivered to the only other major heroine from the series, Princess Leia (the late, great Carrie Fisher), and the former is now the star of the new trilogy, linked (somehow, we're not sure the specifics) to General Organa (Leia's new title) and her brother, Luke Skywalker. As you'll recall, we left Rey having found Luke on a remote planet and handing him his light saber.

Writer/director Rian Johnson is helming the coveted middle film in the new trilogy (you know, the same spot The Empire Strikes Back had in the original), and he spoke to USA Today in their big 2017 film slate roundup about a few things fans can expect. One thing that most people expected, considering how dramatic the final image in J.J. Abrams' Force Awakens was, is that Johnson will start right where that film left off.

“I don’t want to skip ahead two years,” Johnson told USA Today. “I want to see the very next moment of what happens.”

The relationship between Luke and Rey is going to be a major part of Episode VIII, naturally. Johnson told USA Today that a big part of the film will be finding out exactly what happened to Luke to drive him into exile, and what it means that Rey's being pulled into the Skywalker saga via the Force.

"Part of what’s she’s dealing with is the realization that she has this power and this gift,” Johnson said. “She’s taking her first step to coming to terms with this thing inside her that she never knew was there and is just starting to reveal its potential.”

And finally, there's the sad timing of Carrie Fisher's death. She had already wrapped her scenes on Episode VIII, so it will be interesting, and likely heartbreaking, to see how Johnson handles her passing.