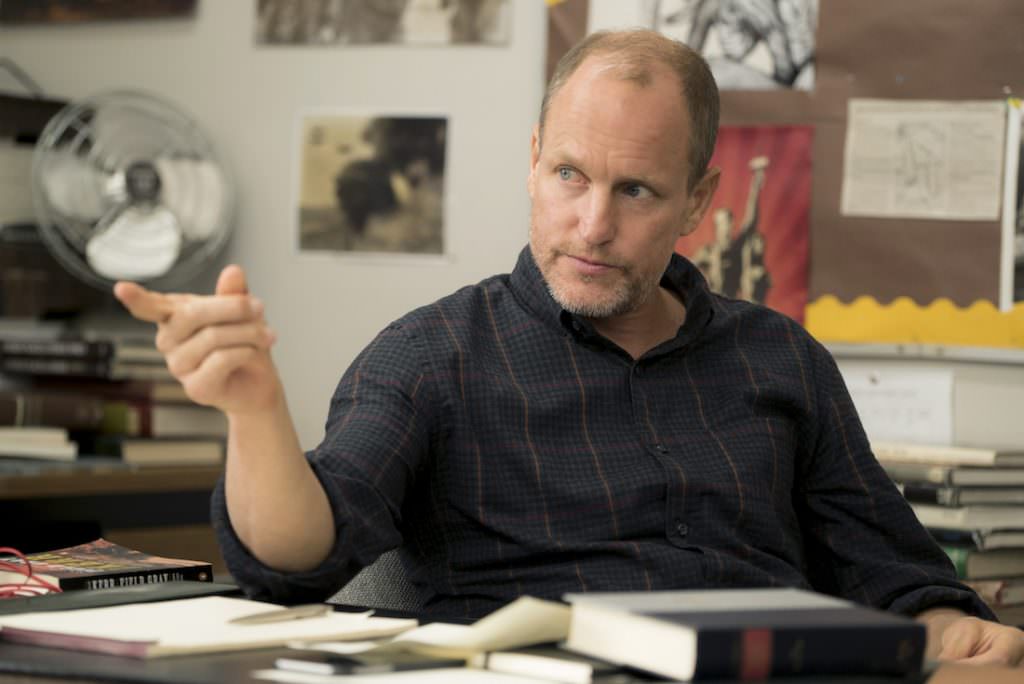 Woody Harrelson is no stranger to playing a mentor to troubled but potentially potent young fighters. His Haymitch Abernathy was a crucial mentor to Katniss Everdeen (Jennifer Lawrence) in The Hunger Games franchise, very often helping her stay alive amid not only the deadly games at the center of the film, but the equally deady politics that surrounded them. So Variety's exclusive that Harrelson is in talks to play Han Solo's mentor in Phil Lord and Christopher Miller's upcoming Han Solo anthology film makes a lot of sense, not least of which because Harrelson is a boon companion in any film.

While Variety's sources say it's still in the very early stages, one can be forgiven for hoping this works out. Having Harrelson help guide Alden Ehrenreich's young Solo through the underbelly of the galaxy would be a hoot. Harrelson's long had that ineffable charm that has helped make even his less noble characters, like detective Marty Hart on True Detective, or even his serial killing Mickey Knox in Natural Born Killers, hard to hate. Harrelson also lights up the screen in supporting roles, and having him show a young Solo the smuggling ropes (perhaps he also gives a few helpful hints to Donald Glover's Lando Calrissian?) would be fantastic.

Harrelson has a lot of intriguing projects coming up, including War for the Planet of the Apes (he plays the big bad in the film) and two adaptations of fantastic books, The Glass Castle, based on Jeanette Walls mesmerizing memoir, and Wilson, based on Daniel Clowes graphic novel of the same name.