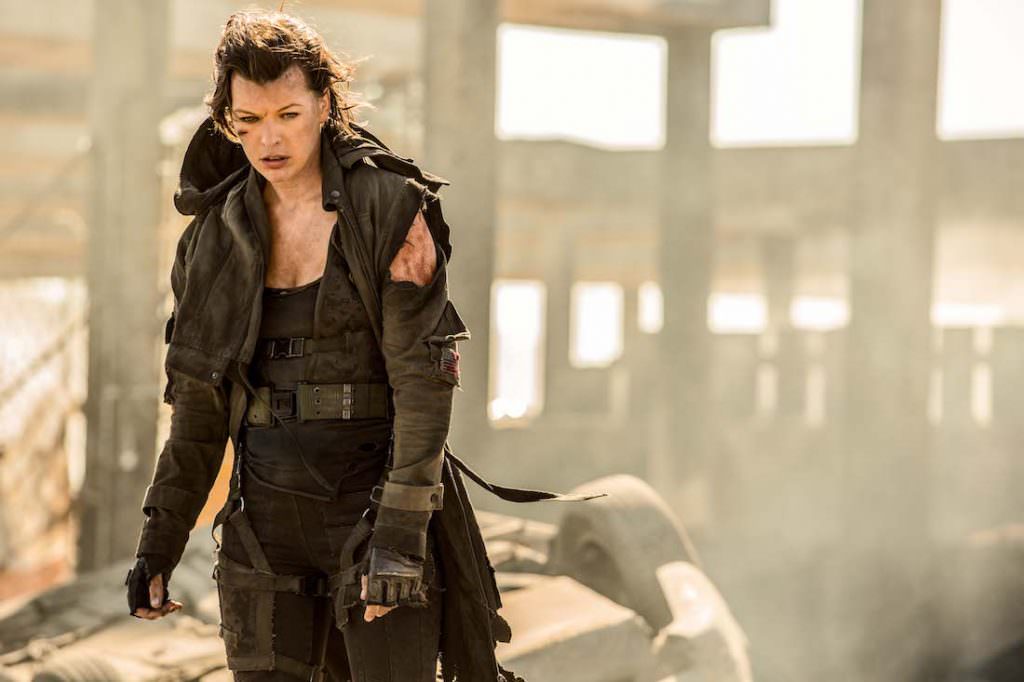 There are certainly less chilling ways to start your Thursday. Sony Pictures has released this new Resident Evil: The Final Chapter immersive 360 degree experience in which you can see what it's like to be Alice (Milla Jovovich) for nearly two minutes. This virtual experience takes you deep into the Hive, placing you in a gruesome basement filled with the undead.

If you haven't checked out a Resident Evil film before, you're missing out. Director Paul W.S. Anderson has given his all to the Resident Evil franchise, filling each film with enough horrifying creativity to fuel ten more. He returns to helm the final installment of the franchise, Resident Evil: The Final Chapter, in which the T-virus unleashed by the evil Umbrella corporation has finally covered the entire globe. The aforementioned Alice has been going toe-to-decomposed-toe with the zombies, monsters and demons since the original Resident Evil stormed into theaters in 2001. She's survived Resident Evil: Apocalypse, Extinction, Afterlife, and Retribution, making her perhaps the most impressive, and unheralded, cinematic heroine of the 21st century.

The events in The Final Chapter pick up immediately after Resident Evil: Retribution, with Alice as the only survivor of what was meant to be humanity’s final stand against the undead. The hellscape you'll be experiencing below is where it all began—The Hive—and where Alice will need to return to end the nightmare once and for all. The Hive is located deep underneath Raccoon City, and it's where The Umbrella Corporation is hoping to wipe out the remaining remnants of humanity. One of the big problems for Alice and her friends is that the Red Queen (the artificial intelligence that controls the Hive, the research facility that started this whole nightmare) knows they're coming, and is prepared to make sure that this will be the setting, after all these years, of Alice's final chapter.

See what Alice sees below, and then go see The Final Chapter when it hits theaters on January 27, 2017.